The Ideologues At The DOE Finds Another Way To Waste Money At The Expense Of The Students. 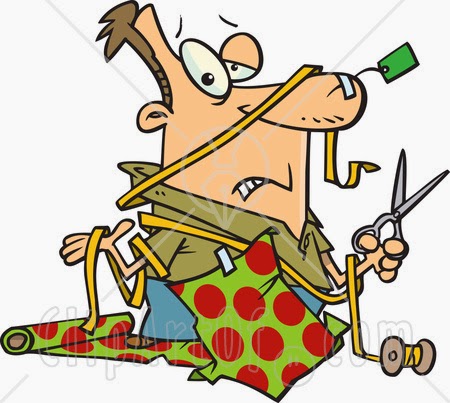 A highly-regarded large comprehensive school located in Northeast Queens has a serious financial issue and ended up owing the DOE $240,000 for the 2013-14 school year. Despite excessing 20 teachers and having the second most oversized classes in the City as the school year started.  The DOE put the school on an installment plan to pay the DOE back the money it owes. The school has since suffered from packed classes, lack of resources, and encouraging many teachers to take a "sixth class" in their subject area to save on teacher salaries.

This spring a Physical Education teacher decided to retire and her classes were given to an ATR with a Physical Education license for what was assumed to be for the rest of the year.  The school put the ATR's name on the attendance sheets and the school report cards for the students.  However, after six weeks of being the teacher of four gym and one health class the ATR was given a new school to go to the next week.  Thinking it was a typical DOE mistake, the ATR spoke to the Principal who was told by the DOE that it was no mistake, since it would cost the school an extra $9,000 to keep the ATR at the school to the end of the year and the school does not have the money to pay the DOE. Therefore, the ATR must go back to the weekly rotation pool..  When the Principal inquired about fundraising through the PTA to cover the $9,000 the DOE's response was that if the school made $9,000, then the DOE would take it as payment for the money the school still owes.

This is just another example of the ideologues running the DOE.with their ideology being more important than what's most important for the students,  Just another case of "children last".  You just can't make these things up.

Chaz,
No one cares man!!! You can write and write and write. It just doesn't matter. Don't get me wrong, I love your entertaining pieces. We just want to hold on until we can retire. Everyone can see the charter movement reaching 50% in ten years. It's coming and no one will stop it. Half the teaching force will be eliminated. Genius move by Bloomberg/Cuomo. Simple way to finish the union off or at least reduce to 40K teachers who will get a pension. Public education is finished. Please just let me make it to 55. DeBlasio made it worse by trying to do the right thing. The 1% prevails again and cannot be beat. You wanna make millions? Open a charter. They're gonna be giving them out like candy. Charter here Charter there. This is over for real. Nothing anyone can do but watch it happen. Cannot be stopped. Moskowitz for mayor 2017.

what about the DOE wasting millions to pay disgusting APs and retired APs to go after and observe ATRs. Disgraceful ! Hiring extra people to observe ATRs - it is unconscionable!!!!!!

They're doing this to ATRs in every boro- signing them on for the remainder of the year and releasing them whenever the school feels like it. A teacher may come back, a friend may need a job, you may be a consistent reader of Chaz's blog - you're out baby! Who cares about the kids or regents or education- not the DOE and not the UFT (useless f--king twits). If you're an ATR refuse all positions; consider it an answer to the constant refusals for a restroom key.

The school I am in this week has a retired AP observing teachers and giving classroom management tips.

I hate to admit it but 6:37 is on target Chaz your site blog whatever it is IT IS GREAT but the charter movement is the hot topic these days and all the politicians from all different parties do not sympathize with union member teachers
also genius move by EVA...
charters are the new fix it all OR At least EVA was able to convince everyone ..Public Ed will exist but it will have young teachers maxing out at 70K with limited pensions writing is on the walls...Please let me also make it to 55 WHAT A MESS

I don't know what small school isn't giving teachers a 6th class? From my understanding and from my own experience, 90% of the teachers in smalls schools in the Bronx are teaching a 6th class. In fact, I remembered fighting to protect new teachers who just started teaching from being assigned a 6th class.

That's was the M.O. in the Bronx and the union did not fight this where 4 or 5 teachers teaching a 6th class is an ATR that could be hired. DoE = spendthrift

Teachers love having a 6th class they get paid $$

The UFT is holding silent as they whisper out a nice long contract with monies due. Once our contract clears watch out baby - The UFT will be in full force and squash the minion charter bubble heads. First things first, lets get our contract secured. The charter schools will die down once the realities of co-location are realized. There are students in trailers and sub par classroom environments so charters down the line will have a problem getting into a public school building. So, OK Albany boneheads want NYC to pay for charter school space elsewhere? OK, the money will come from state funds anyway so again its just a shell and marble game - The reality is that there is not much more room for these charter bugs to invade any longer so watch the bugs run for the hills

Word has it that all this bogus advertising on television for charter schools is really bloomberg money. This so called families for excellence in schools who funds all the tv ads is actually an organization backed and funded by our ole nemesis mikey bloomshits himself. Thats right people bloomshit set up the organization on a ghost base by funding the entire ad campaign through this bogus name. Simply put, in behind door discussions, the minions are given the monies and then told to go out and be like barking dogs - and there you have it - a man who is miserable beyond belief people - a man who loves to see misery in the lives of people - did anyone actually think this maniac was going to go out quietly?? Where is the UFT?? Bash this creep once and for all!!

"Sarah Darville joined Chalkbeat New York in 2013 after working as an intern in the summer of 2011 and a 2013 Google Journalism Fellow at the Nieman Journalism Lab". This neophyte is the lazy writer at chalkbeat gotham news who writes atr articles without doing ANY research of the facts at all. Can you imagine people, an intern at chalkbeat writing about what our new contract should include!!!!!

I surmised it was the power hungry midget.

I'm on to my 25th school this year in El Bronx and have yet to feel anything but ecstatic as I say good riddance every Friday. No restroom key, outright meanness from the staff, sub human students- those are just the bearable aspects. The unbearable is being part of a system that is unethical, immoral, meaningless and soul killing. I simply can't stand being an ATR anymore. Our union needs an exit plan for us, not the formulation of an ATR evaluation plan next year.

Is this an ATR blog only? Thus sucks!!!

If you read my blog only 20% is about the ATR crisis. If you don't like reading about the inconvenient truth, you can always go to the E4E website.