The City Is Hiding A Surplus Of Over $6 Billion According To Financial Guru Mel Levy. 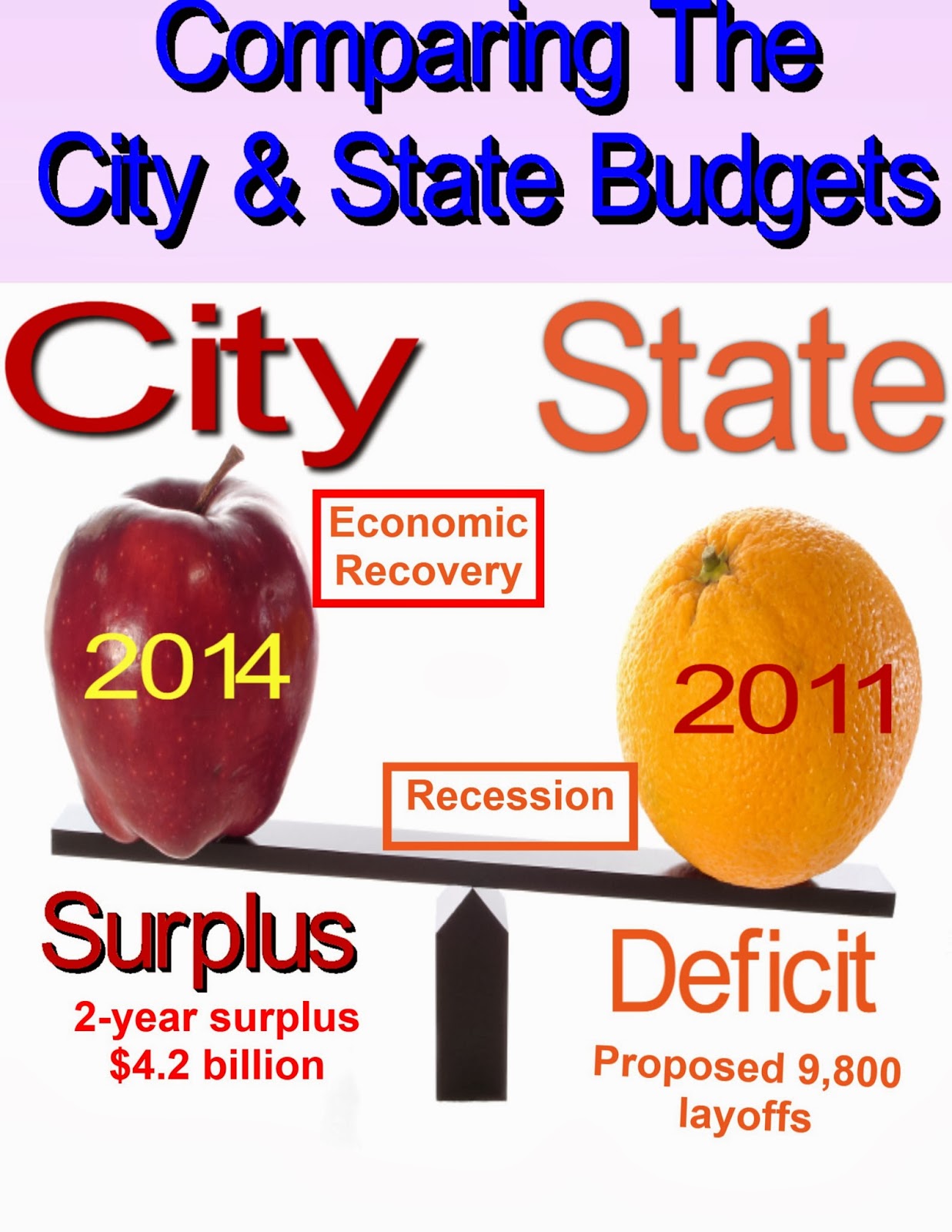 Under the Bloomberg years the City vastly understated revenues and overstated debt and always projected a deficit. Of course as the budget came due, not only did the deficit disappear but a modest budget surplus was found to fund the Mayor expensive programs.  Well Michael Bloomberg is gone and the Bill de Blasio Administration finds itself with large surpluses of $4.2 billion dollars for the next two years.  However, between $6 to $8 billion dollars are owed to the unions that  would more than wipe out the projected surplus.  But wait the financial guru Mel Levy, the former chairman of the Civil Service Technical Guild who found the City was vastly underestimating their surplus in his article in the "Chief".

According to Mr. Levy, the City is hiding a really big surplus.  He states the City's claim of paying $6 billion dollars for health benefits for its employees is more like $3.5 billion annually.  A savings of $2.5 billion a year.  Next, the City incorrectly charges sick, holidays, and vacation days as overhead but in reality is already accounted for in the Municipal worker salary.  The phony debt is worth $3.14 billion dollars annually.  The pension funds must kick back to the City any investment over 8% of a return.  Therefore, the pension fund averages slightly over 8% and "kicks back" to the City over $2 billion to add to the surplus.  Finally, under the low inflation environment, the City has called in their high interest bonds and reissued them at a much lower rate, saving the City $1,5 billion annually.  This does not include having more work done "in house" which would save billions more.

If Mr. Levy is correct, the City is hiding over $6 billion dollars over and above the $2.4 billion dollar surplus this year.  Therefore, the real City surplus is over $8 billion and is more than enough money to cover full"retroactive raises" as well as providing a cushion for the years going forward.  In fact, if you add up the cost savings and do not include the billions saved by doing more work "in house' and If we exclude the $2 billion dollar savings from the pension windfall from the calculations, it still comes out to a surplus of $6.64 billion which added to the existing $2.4 billion dollar surplus makes a total surplus of $8.88 billion.

In the past Mel Levy showed that the Transit Authority's $232 million dollar deficit was really a $97 million dollar surplus and has shown to be able to find the extra funds in the "nook and crannies" of a budget and is known as a financial guru and his work needs to be respected. Can the City afford "full retroactive raises"?  The answer is yes!

Kind of expected something done by now...If this turns out to be another bad deal, I will give my 30 day resignation notice.

What's frustrating is the lack of credible information regarding this contract. Of course our enemies don't want us to get anything, and if nothing else, want we do have already, taken away. I'm not asking for the moon, the sun, and the stars, all I'm asking for is what the other unions got in the last round of negotiations, and a fair contract from '11 until whenever, without giving back our hard fought rights.

To All my Fellow ATRs,
Just a quick note to let you know the circus is back in town! The open market hiring site in now taking applications. Be prepared to jump through hoops, be live target practice, walk a tight rope, and if you're successful be thrown into the lion's den!