How Some Schools Manipulate The Graduation Rate. 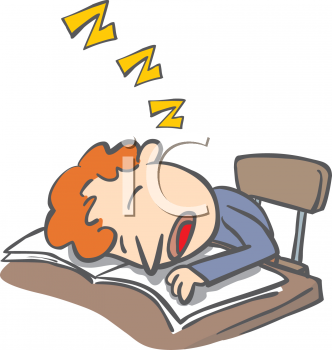 During the Bloomberg era, high schools quickly realized that it was politically important for the administration to show improved graduation rates and in fact the graduation rates did improve.  However, it had little to do with improved student academic achievement.  The improved graduation rates were manipulated by the school administration by using tricks that hid the lack of real academic success.  The schools used phony "credit recovery courses" that not only lacked rigor but gave out essentially free credits.  Moreover, principals were known to pressure teachers to change failing grades to passing and if the teacher refused, they did it anyway.  Finally, many students who had poor attendance records were deemed to have "dropped out" and were no longer included in the graduation rate.

Because of the abuses in the "credit recovery program" and scrutiny in the dropout rate, schools were unable to manipulate the graduation rate.  But wait, the schools found a new method to increase their graduation rate and that is to encourage under credited students to transfer out to alternative schools and get them off their books.  How common is it?  Well the new Principal of Boys and Girls high school has already pushed 30 students out of his school and into into the transfer school in the building. With a student body of 729 students, that's 4% that will no longer be counted in the school's graduation rate. A Bronx Principal admitted that he removed 100 students in four months to improve the graduation rate because that is what Tweed wanted to see.  How many other schools are doing this?  I bet quite a few.

This is just another way of showing improved results when the reality is that there's no real academic achievement occurring at these schools.

All school data and statistics are being manipulated to suit the needs of the DOE. Very easy to do, but many people don't understand it - even on a basic level. Read the first chapter in any introduction to statistics, or better yet Market Research.

Don't forget about APEX (phony on line "credit recovery). Bergtraum is not the only school doing this. I guarantee it.

Great piece Chaz. At my campus, all 6 schools send the crap kids to the YABC program. An easy way to get the garbage off the rosters. "Smart" principals will work this to their advantage and utilize this technique which actually works. It's a win win for everyone. Principals get the grad rates higher by dumping the losers. YABC gets more and more kids so they keep the gravy train rolling. On top of this, the kids who are mostly 19, 20 get to have free food at night. Everyone wins! It's not about the kids anyway. All a manipulative game. I'm winning too!

This is ridiculous. Alternative schools were always much better suited at serving the type of student who didn't quite fit the comprehensive HS mold. Bloomberg destroyed the alternative superintendency back on 03, changing it into something it was never meant to be, but it was always a way to reach students that comprehensive schools could not. Finding a better match for a student is not cheating. It is serving the student.

If you want to write about a tradgedy, write about the professionals who thrived in the alternative school district, then turned around to create this terrible system we have now -one where if a student doesn't fit the mold then the only other recourse is credit recovery or counseling out. You'll find some very familiar names from the list of people who signed on to serve these students, then sold out to Klein and Bloomberg.

And let's forget the pass quotas imposed by unethical principals.
The 65 bulge in Regents scores exposed rampant tampering and led to distributed grading. The next scandal will reveal the 65 bulge in course grades. Gifting unearned grades is a crime according to State Education Law
225. But who cares? Not Farina, not Mulgrew, not Randi.

Hmm, I know a LE teacher who always boasted 100% passing rates. What she did was if she felt a student might not pass, she would find any excuse not to accept their labs. She'd also "counsel out" the students from her class by berating them and calling them stupid. Many of the her students who were barred would end up in summer school as another teacher's problem.

Meanwhile she brags to anyone who will hear that she has a 100% passing rate, every year.

The office of student enrollment should share a lot of the blame for students being put into the wrong schools in the first place. They routinely put kids into schools very far from home and override all entry requirements. yet they have no accountability in anything they do. they are famous for allowing some schools to transfer out students and packing others with these kids.

Chaz-I can agree that graduation stats have been manipulated thru various avenues such as credit recovery. However, "dropout students" are counted against the Grad cohort. Even those who go to YABC programs and subsequently drop out, go against the sending school's cohort. Also Anon 6:21 has it correct!

The problem is that there are too few people willing to do the right thing for fear of displacement and, ultimately, unemployment. It's a shame really, but completely understandable. Stick your neck out, and have it chopped off. Who will come to your aid? Not the union, or media, and (heaven forbid) our own colleagues. No...better to protect oneself and ride on out with a guaranteed pension and benefits.