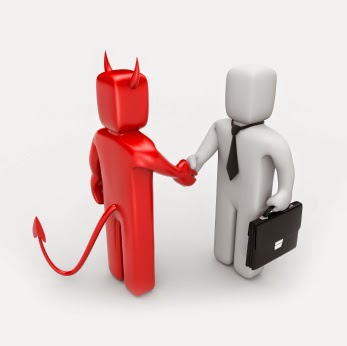 I am bitterly disappointed at the tepid NYSUT/UFT reaction to Governor Andrew Cuomo's attack on the State's teachers.  Instead of  drawing a line in the sand and expose the Governor's education agenda as an education reformer attempt to destroy the teaching profession and public education, they talk about compromising with the Governor about providing additional funding to the education budget in exchange for changes in the teacher evaluation system.  In the popular nyc educator blog, he points out that some unnamed sources have told him that NYSUT/UFT are already negotiating with the Governor's office on the APPR.  If true, that is real bad news.  Instead of fighting for their members, they are compromising and weakening our "due process rights" for a few more education dollars while allowing the Governor to gradually destroy our profession as we know it.

What can we do to stop the hypocritical Governor, who believes that the high stakes Common Core tests should not be used to evaluate the students who take them but be used against teachers who teach the students, despite the fact that the "Value Added Method" is considered "junk Science" by all academic associations?  The ICEUFT blog has proposed to boycott the administration of the high stakes Common Core tests and work with the various "opt out" groups throughout the State by starving the data beast and I strongly agree with that approach.

Our union leadership must take the lead and organize a counterattack against, not only the Governor's education agenda, but fight for the elimination of the Common Core based high stakes tests that only cause
children to hate school because of their fear and loathing of the test. That means working closely with the many education organizations that are against the mindless testing regime instituted by the State.  Our union and their allies have enough political clout to make sure that many politicians in the State Legislature to think twice about voting for the Governor's education agenda, even Republicans would join in since many of them are against the Common Core.

I propose that NYSUT and the local unions boycott the State's high stakes Common Core tests and work with the many various "opt out" groups into a Statewide organization to have enough students to refuse to take the tests and teachers to administer them so that the State cannot use the information for either student progress or teacher evaluation.  Compromising with this Governor is like making a "deal with the devil" and no good will comes from it, its time to take the fight to Albany and destroy the use of the useless and destructive State high stakes Common Core tests once and for all.
Posted by Chaz at 9:08 AM

How much to pace a visual "junk science" diagram on a full page in Daily News? But a page with some funds man!

Chaz, I am all for the "opt out" movement by parents. However, how many teachers are willing to actually boycott and not give the tests? These teachers, (especially non-tenured teachers) risk loosing their jobs and homes to make a political statement.

How come this teacher and Chapter Leader at the Earth School on the Lower East Side still has a job? Last year Ms. Lee wrote a letter to Farina protesting upcoming Common Core exams and declaring her desertion from the process: “As an act of conscience, we [two colleagues joined her] are declining the role of test administrators for the 2014 New York State Common Core Tests.”

There is nothing in the Chancellor’s Regulations about acts of conscience. The Earth School Three, led by Ms. Lee, were insubordinate and their strategic disruption extreme. Regulation C-770 gives the Chancellor the “authority to suspend all Board of Education employees.” So why hasn’t Farina reassigned Ms. Lee et al. pending charges and a big fat 3020-a?

My deduction: the DOE wouldn't dare put test mania and VAM on trial with an independent arbitrator, especially if the admirable Ms. Lee were the target.

Why would the UFT work with Cuomo? Certain ideas jump out - a fatalistic viewpoint, a quid pro quo, and any of many secretive back room deals that one can imagine. It's legitimacy as a union will be dealt a coup de grace if it's true. Teachers will be thrown back to 1975 and all that it brought and was traded away.

Sadly, Chaz, I am not disappointed in the NYSUT/UFT response - it is exactly what we've been getting for well over a decade. Cuomo wants 50%. We get 47 and declare it a victory. And just wait till we see what tenure looks like. And I'm surprised Cuomo hasn't gone after those 7% interest rates in our TDA - I guess he'd be going after cops too so he may lay off -- but if you see calls for a constitutional Convention, watch out.

Cuomo stated today that the state is installing their own weather service bureau in lieu of the latest weather debacle forecast. However, does this governor really think its worth spending MORE money on the states own weather service?? Every weather forecaster in the northeast predicted about 2 feet of snow for NY so how would it be different if cuomo had his own weather people??? This is just another example of a governor who is out of his mind and wants to be remembered in the lines of George Washington when he dies.

It is simply because Cuomo wants to control things that he knows nothing about. It doesn't matter if it's meteorology or education, he knows nothing and shouldn't intervene. Well, at least with the education reform he's trying to help his buddies make profit off of each student. Not sure his ulterior motives for the weather forecasting.

THIS ARTICLE IN NY TIMES NEEDS TO BE PUBLISHED IN EVERY BLOGGERS KEYBOARD....THIS EXPLAINS ALL AND DEMONSTRATES HOW NYC SCHOOLS ARE NOT IN THE DIRE STRAITS THAT CUOMO THINKS THEY ARE

“The governor is misinformed,” Karen E. Magee, president of the state teachers’ union, said on Wednesday. “New York has one of the strongest public education systems in the nation.”

Asked how he would characterize New York’s overall performance, Mr. Pallas said: “I think that everyone would likely agree that we want students to leave high school being able to do a lot more than they can right now. But the characterization of this as a crisis is a political argument.”
A POLITICAL ARGUMENT CUOMO...