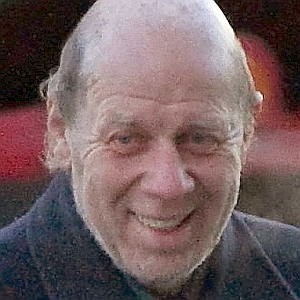 I was just informed by a colleague that Alan Rosenfeld passed away from Cancer yesterday.  Who was Alan Rosenfeld?  He was legendary for his extended stay in the DOE's "rubber room".  Alan spent eleven years away from the classroom, while collecting his full salary and increasing his pension by $1,700 every year simply because Chancellor Joel Klein decided that Mr. Rosenfeld should not be with students.  This was called "Chancellor's discretion" and Alan was one of a handful of teachers and guidance counselors (ranging from 6 to 10) who the DOE's Office of Legal Services has kept out of the classroom since 2001.

What terrible things were Alan Rosenfeld accused of doing?  In 2001, he was accused of telling one student that she loved him because she liked to talk to him.  Also the DOE claimed he stared at the girls and leered at their butts, and made frequent lewd comments to female students.  The independent arbitrator threw out most of the charges as being unfounded hearsay and found Mr. Rosenfeld guilty of only masking an inappropriate comment to a student (the you love me comment).  His punishment?  He was suspended one week without pay.  Yes, just one week!  Somehow, Chancellor Joel Klein and SCI decided that Alan Rosenfield was a dangerous sexual predator and he, along with five other educators, were not allowed to reenter the classroom again., They were the original "Chancellor discretion" list that still exists today under the three Chancellors after Joel Klein.

Alan Rosenfeld was targeted because he was quite cantankerous and questioned many of the decisions by the new school administrators and since he was a veteran teacher and considered a "troublemaker" by the administration, they were looking for something, anything, to have Mr. Rosenfeld removed from the school.  During his more than a decade tenure in the infamous "rubber room", Alan was able to work on his vast real estate holdings and ignored the futile attempts by the DOE to leak out damaging and embarrassing information to the local newspapers about Alan and others on the "Chancellor's discretion" list.

When Alan reached the age of 66, his full Social Security age, he decided it was time to finally retire with an Final Average Salary of $100,049 and a pension of $85,000, or so reported by the New York Post.

Rest in Peace Alan with the knowledge that you beat the DOE by making lemonade out of the lemon they served you with..
Posted by Chaz at 3:26 PM

He was a Tier 1 teacher and I believe he had 40+ years in the system.

I served with Alan in Brooklyn's Chapel St. rubber room and later in a DOE warehouse in Long Island City. Despite several personality disorders, including hoarding coffee containers and other delicatessen detritus, he was a generous soul. With his legal background he endlessly advised roommates on 3020-a strategies.

You had to admire his bi-weekly open-mike rants at Exec Board meetings zinging Randi and her zombies for allowing teacher abuse. Secretary Mike Mendel struck back by closing the mike to members except for once a term.

Baruch Dayan Emes. Good on you, Alan. You showed
'em.

What happened to Rosenfeld could happen to any teacher. I remember the constant attacks on him by the media. Never a response from the union. The Post started merging the term rubberroom teacher and ATR at the same time and were using the terms interchangeably. Invariably, ATRs are still thought of as rubberroom teachers by much of the public. This was purposely done to stereotype and malign- yet another subject our union should have gotten involved with.

Did Phil Nobile actually say someone else had "several personality disorders"?

What's this about "Chancellor's discretion"?

Doesn't it ever occur to anyone at the UFT to seek to "tighten up" the contractual language to prohibit this sort of thing?

And there's always the possibility of filing an appeal with the Commissioner of Education within thirty days pursuant to Education Law §310 to challenge an action by a school district.

The side (the petitioner or DOE) which doesn't agree with the Commissioner's decision has the option of filing an Article 78 litigation in Albany County within four months pursuant to the Civil Practice Law and Rules (CPLR).

There's this curmudgeonly lab tech at a large HS in Queens that was sort of the same as Alan Rosenfield. A long time ago he was removed from the classroom. He wasn't terminated, but the stipulation was that he couldn't teach in a classroom. He was picked up by a school as a lab tech. He was lazy as hell, and had a habit of bringing large plastic bags full of shit to school. Never did a day of work in his life. But oh boy did you want to get on his good side! Because he tattled on you to the principal if you weren't on his good side.

My guess is that the teachers on "chancellor's discretion" right now are better for kids than this lab tech.

These types of cases are going to lead to the end of 3020-a as we know it. The Governor is hot on our trail and compromise is lurking. So congratulations to Mr. Rosenfeld, but if you wind up charged your not likely to be so lucky.

It is sad the reporter had to report after hearing from another. It is true this man had his very odd and boisterous ways, and the "F.U." sounds perfectly like Mr. Rosenfeld. It is startling to know that a man who was so "loud" in his happenings had such a quite and discreet demise. Was an orbituary published? Where?