Just Another Case Of The DOE Double Standard When Disciplining Principals. 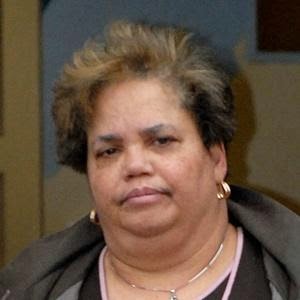 The New York Post published an article about how Staten Island Principal Linda Hill.  Yes, that Linda Hill who has a very close relationship with  Chancellor Carmen Farina.  Apparently, she was found to have "double dipped".  Ms. Hill was accused of falsely obtaining per session money for one position while, at the same time, receiving money for another job after school that she was in charge of.  Teacher and Chapter Leader, Francesco Portelos blew the whistle on her and forced the reluctant DOE to start an investigation on the "double dipping".  To retaliate, Principal Hill had Mr. Portelos sent to the "rubber room" for two years until his case was resolved. Mr. Portelos has filed a federal lawsuit against Linda Hill and the DOE for retaliation and it was in this lawsuit that Principal Hill admitted to the "double dipping" and was waiting for the DOE to determine the discipline, if any.

What happened to the DOE investigation of Principal Hill you ask?  Well, it was apparently completed in 2013 and surprise, surprise, the DOE refuses to release the report.  More importantly,  Principal Hill has not had to pay the money back or was subject to any discipline, despite her admitting to "double dipping".  If a teacher did what Principal Hill did,  the teacher would be charged with "theft of service"  and the DOE would file 3020-a charges against the teacher. Instead, in showing her support of Linda Hill,  Chancellor Carmen Farina visited the school as the first school in Staten Island she visited as Chancellor.

For more information on Principal Linda Hill please read my post on her Here   Also read educator fights back blog for even more information on the alleged misdeeds of Principal Hill. This is yet another case of the DOE "double standard" when disciplining (lack of) administrators which started under the Bloomberg administration and continues under Bill de Blasio. I guess its good to have had the Chancellor as your mentor.

update:  According to the educator fights back blog, the DOE fined Linda Hill $801 in restitution. According to the blog she made over $56,000 in questionable overtime and her pension will reflect it.
Posted by Chaz at 7:07 PM

Happens with a lot of disgusting administrators -Cruz and his lackeys made the front page of the Post for cheating on the Regents and they still have their jobs and they still terrorize their own teachers and especially the unfortunate ATRs who get sent there. Fire them now!

Thanks. There is more coming, but please change your links. You're looking to my old site. Use this http://protectportelos.org

Don't fall into the Post game of blaming Farina only when it was the Bloomberg admin that put people like Hill into position and protected her before Farina became chancellor. Yes she is protecting her now as she does with principals. But Portelos had that info way back then before the mayoral election. I posted about this on ed notes: http://ednotesonline.blogspot.com/2015/02/ny-post-uses-story-of-double-dipping.html

So why is Farina protecting her NOW???

I don't mean to digress from the present posting of Linda "Double-dipping" Hill, but I just read this on Betsy Combier's blog. This truly bothers me especially since the new contract has weaken the members'(ATR/ACR) due process in a 3020a. Why the secret meeting that was "set up by Adam Ross, UFT attorney and Courtenaye Jackson-Chase, General Counsel for the Department of Education"?

Someone has to ask Mulgrew, et al are they trying to change the members due process so as to get rid of ATRs asap?

It is not necessarily Farina. Look at the case, reported here and in the NY Post, of former Principal Lori Evanko who was fired after reporting that Margarita Colon, Principal of PS 72 in the Bronx, signed off on the internship of a woman who never worked at her school because this women was the niece of former bigwig, Nilda Rivera who is friends with Colon. SCI is still investigating???? Colon's signature is on the document. A teacher would have been out. Farina is not the culprit here. Look to former superintendent and Bronx councelmen/women. These principal all have God mothers and fathers.

What a disaster this lady is.Bloomberg trash!!!

One wonders, why is the mayor and the chancellor protecting abusiveness, dishonesty and cruelty?