Is The DOE Using Different Standards When Evaluating ATRs? It Appears So. 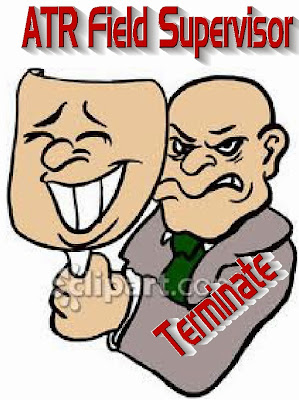 A couple of years ago it was brought to my attention that the DOE had separated ATRs into two lists.  The first list were ATRs who were excessed from schools.  The second list are for ATRs who were disciplined or "U" rated.  I was never able to actually see these lists and didn't think much more about the lists or why the DOE would separate the ATRs since it had no relevance at that time since nobody was getting a permanent position anyway.  However, its now become obvious to me and many others that these lists still exist in some form or another and is being used to target the second group of ATRs to harass them until they resign or retire.

It seems to me, that after speaking to many ATRs, that the ones who won their 3020-a termination hearings or were "U" rated the previous couple of years were assigned ATR field supervisors (assassins) as early as September and were continually observed throughout the school year (one ATR claimed she had 19 visits).  While the ATRs who were excessed had either no ATR field supervisors or were observed one or two times during the school year.

I suspect the union is well aware of the different standards being used in observing the ATRs but has apparently done nothing to stop the harassment.  Maybe, they are actually encouraging this abuse of authority and hoping that some of the ATRs actually leave the system?  It's no secret that both the DOE and UFT want to "thin the herd" to the union the ATRs are an embarrassment and while they want them back into the classroom, they would be quite happy if they resigned or retired.  That's why the union leadership does not want an ATR Chapter Leader and prefers that they be disenfranchised by claiming their situation is temporary, despite some people being ATRs for nearly a decade!  As for the DOE?  They would fire all ATRs if they could and save $160 million dollars in the process.  Its no wonder the DOE has instituted policies that made ATRs a second class citizen and some practically an untouchable in their attempt to eliminate the ATR pool and the union is complicit by even allowing it to be part of the latest contract!

Letters have been written to the Chancellor and calls made to the Mayor to eliminate the ATR issue. However, these pleas have been met with unresponsive silence and for the next school year I see nothing changed in resolving the ongoing ATR problem that deprives students of "quality teachers" and drain $160 million dollars that could be used to reduced class sizes and the savings would add resources to the classroom but then its still "children last" when it comes to the DOE as ideology wins over what's best for the students in the New York City public schools.

Chaz:
You are so correct in your analysis. That is what is so sad in this situation, where 20 year veteran teachers are struggling to survive as teachers because it is essentially impossible to change careers.
Even more sad is that the political forces are aligned against you, and you have no support in the public.
It just seems that in 10 years more could have been done to develop a group that would fund a legal argument that your rights are being violated and that you are not being represented by the union. We are talking about labor law here. Blogging is never going to do it. There are issues with this union that a good labor lawyer would attack. To pay union dues for this kind of "representation" is the ultimate insult.

Another solution is to vote against Mulgrew and his friends in the 2016 election. Vote for Portelos! He has the vision and sense of fairness to do something about it.

With the retired teachers voting for Unity which protects their 7% TDA interest accounts and their free healthcare, and with the apathetic in-service sheep-like teachers voting against their interests constantly, how are you going to defeat Unity?

As a matter of fact, there is no other union that allows retired members to vote for union officials who will negotiate contracts that the in-service members work under. This is perhaps one of the areas that a experienced labor law attorney would attack.

STARK IS THE WORSE. HE FINDS ANY REASON TO RATE YOU U. HE NEEDS TO REALIZE THAT THEY ARE USING SO HE CAN DO THE THE DIRTY WORK FOR THE GOTCHA SQUAD

Vote for Portelos, Mulgrew and Unity sols us out a long time. Vasquez from the Queens office od the UFT is corrupt together with Rona Freiser.

These people will get what they deserve, is systemic age discrimination.and harassment permitted by our Union. The Queens Office of the UFT needs to be exposed for major fraud and corruption.