The City's Use Of Uncertified Teachers Results In Poor Student Academic Achievement And That's A Crime. 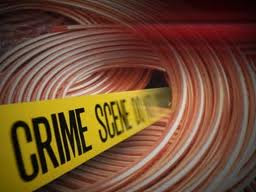 This week I was grading the Earth Science Regents for many of the schools  in Queens.  During the grading, I observed two very important things.   First, approximately 33% of the graders were not certified in Earth Science yet they were selected to grade the Earth Science Regents and were even selected for per session grading.  Second, many of the schools graded that had poor Regents results had one thing in common.  Few of the school's students had a certified Earth Science teacher instructing them!  By contrast, schools that had a full complement of Earth Science teachers showed a much higher Regents passing percentage.   That got me thinking if some of these graders, who were uncertified in Earth Science, did not properly credit some student answers because of the grader's lack of knowledge of the subject and this resulted in the student received a failing 63% or 64% on the Regents rather than a passing grade of 65%? The question is how can the use of uncertified teachers instructing and grading students be condoned by the DOE leadership in their "children first" policy?   The simple answer is the DOE doesn't care.

An organization that really believes in putting student first would demand that every teacher be certified in the subject they are teaching in.  A teacher who has deep curriculum and subject knowledge is a prerequisite for real student academic achievement.  Moreover, a certified teacher provides the necessary information for a student to fully understand and not memorize subject material as is done in too many schools.  However, as I have traveled through the Queens high schools, I saw schools like Martin Van Buren, Richmond Hill, Long Island City, Newtown, and Bryant high schools without a certified Earth Science teacher on staff.   Further, many other schools had uncertified teachers teaching nearly full Earth Science schedules rather than hire the Earth Science teachers available in the ATR pool.

When I hear that the disappointing Chancellor, Carmen Farina, wants "effective teachers in the classroom" I can only laugh because under the DOE its hiring the "cheapest and not the best teachers" that count and its all about the money and not what's best for the children's academic achievement that is most important. Until this policy changes the New York City schools are doomed for failure.

I have a close friend that just retired. He's certified in every science subject and is an MD. He spent a year as an ATR and no school in the city would hire him permanently. He was fed up being told what to do by unlicensed "teachers", treated like a pariah and quit. When the city puts an unlicensed individual in a classroom over an MD, something is terribly wrong. And I should mention, he's never had an unsatisfactory or any charges. His only crime was coming from a shuttered school, being a veteran teacher and having the requisite (earned) high salary.

I'm one of the ATR earth science teachers you are talking about. Two years ago I covered a maternity leave for 90% of the Spring semester, bringing the kids right into the regents. Get a load of this FACT.....85% of my total class passed the regents in June (documented in a glowing letter by himself). At the end of the year, this Leadership Academy Principal made sure I was not in the room when he announced he was looking for two science teachers the following September.

No offer made to me.

My understanding is that a "C" rating deals with an attendance issue that's unresolved.

There is a systemic age discrimination against teachers.

Another problem that exist which I have not heard too many people mention is the divisiveness that exist between all teachers. This "us" and "them" (ATRs) mentality that is perpetuated by the administration and teachers alike is appealing and disgusting. We're all in the same union and pay the same fees. "Regular" teachers need to be educated on the real deal that ATRs are going through. Today me, tomorrow it could be you!

I received a C rating this year. I called HR for an explanation. They said the C rating is used when you have taken an approved medical leave and as a result you are not rateable. They said it is not good or bad, is neutral, and does not affect your salary or standing. I was on a four month medical leave this year. I am an ATR too, was observed one time, never received a copy of the observation. I believe the field supervisor knew his observations would not matter as I would be rated with a C no matter what.

Thanks for the clarification.

The C explanation makes more sense now. Thank you! I get more answers here than from the DOE or the union. Love this blog!!!!!!!!

ATRs are receiving disiplinary letters for completely bogus charges and getting u ratings even when their lessons are more than satisfactory.

para's doing gym classes, fake not for profit guidance counselors working our schools "pretending" to be guidance counselors...para in charge of library with librarian roaming around atr status with library science degree....1st year teachers given senior class assignments..i could keep going but the dysfuntional nycdoe does not see anything?/ the repercussions will be devasting down the road

Watch out for Ritter at High School for Arts and Letters at Jamaica. He is one of the worst principals in the city. Staff is very young and afraid to stand up to him. This is happening all over the city. Teachers are afraid and are being bullied by these no latent bloomterd leadership academy dictators. How can these people sleep at night knowing they are harming innocent people. Where is the humanity. Every school I go to I see signs of "No Bullying". Maybe our administrators should read them! We Need Help From Our Union. Where is the UFT? Maybe we should put a picture of Mulgrew on the back of a milk container. Enjoy your summer we deserve/earned it!

A student needs only one science regents to graduate typically living environment. After the student passes one regents they do not care any more. How can I be evaluated when the students are not held accountable. The reduction of science periods from 6 a week to only 5 also has a big effect.

In Bryant High School as a result of pushing out experienced teachers and because of the exodus of tenured teachers just 7.30 percent passed the regents in Earth Science in Jan. Dwarka is destroying the school, but she remains protected by the lawyers of the DOE and the UFT.

Anyone know what rotating ATRs do with their signed Annual evaluations?