Lew The Loser Gets It Wrong Again In His Fox Editorial. 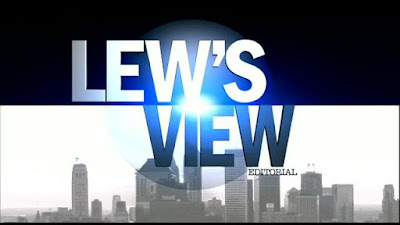 Well, here is another wrong headed editorial by the anti-teacher and pro deformer Lew Lone. Vice President of the local New York station otherwise known as "Lew the Loser".  He opposes the renewal schools program and cites the Independent Budget Office report that believes hundreds of millions of dollars will be wasted by keeping the schools open.  Instead, Lew the Loser claims that the Bloomberg method of closing the struggling schools and open small schools was a proven success.

Lew the loser goes on to claim that the De Blasio administration is only keeping these 94 schools open to placate the teachers union and keep teachers employed. He claims that the short timeline, the dwindling enrollment, and the existing school performance makes it extremely difficult for these schools to turnaround and show measurable improvements by 2017.  Therefore, its best to close these schools now.

Lew the Loser of course has his own recommendations and they come right out of the education deform playbook.  They are:

The first of Lew the Loser's recommendations has a real problem since the Bloomberg small schools that were created are not successful after the first few years when the DOE withdrawal the extra funding, the smaller class sizes, and the exclusion of "high needs" students to these schools.  Just take a look of my list of schools to avoid in my previous post.  Many of these schools are small schools that came from the closing of the large high schools at the old school Campus.  As for effective teachers?  Give me a break!  Most of the Bloomberg small schools suffer from poor leadership with "Leadership Academy Principals" running those schools and selecting a teaching staff based on cost not ability.  Many of these small schools have untenured staff with  high teacher turnover and no institutional memory.

The second recommendation is to open up more charter schools is simply a ploy to eliminate public education and destroy the teacher unions while making teaching an at will employee.  Just read this!  The problems with charter schools are too numerous to discuss in this post.  Suffice to say that most charter schools struggle academically and financially, take few "high needs" students, and suffer from extremely high teacher turnover.

While I am no fan of Chancellor Carmen Farina or Mayor Bill de Blasio's education policies, they are preferable to what Lew the Loser and his education deformer buddies have in mind for the New York City public schools.