The Unsatisfactory Rating And Substitute Teaching After Retirement. 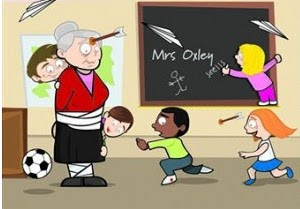 One of the questions I am asked frequently is "if I retire with a "U" rating can I still apply for a substitute teacher license"?  The short answer is "no".  However, the actual answer is really quite complicated.  It should be noted that few retirees actually apply for a substitute teaching license. maybe less than 5% of all retirees and in that group there are few retirees with a "U" rating, so it only is an issue for a very small group of retirees.

To get a substitute teaching license a retiree or a teacher who resigns must  be in good standing (have five consecutive "satisfactory" ratings in their last five years of teaching for the DOE).  Under the new teacher evaluation system a teacher rated developing or higher is considered "satisfactory".  However, to get around this onerous requirement, a retiree can ask a Principal to nominate him or her and the retiree might be able to work in that school but no other school unless other principals sponsor the retiree. I do know of a retiree who was "U" rated his last year by a newbie "Leadership Academy Principal", he is still called to substitute in three schools that have long-term principals who he worked under in his 30 years of teaching despite not being able to obtain a citywide substitute teaching license from the DOE.   However, I am told this is a rare occurrence as the DOE discourages principals from nominating teachers who received a "U" rating.

Of course, the retiree can appeal the "U" rating but historically only 0.2% are reversed and filing an Article 78 at State Supreme Court can cost up to $5,000 dollars and take two years or more!  Therefore, for almost all retirees that received a "U" rating in the last 5 years, its highly unlikely that the DOE will authorize a substitute teacher license. Presently, the percentage of "U" ratings successfully reversed in the DOE under the disappointing Chancellor, Carmen Farina,  remains unchanged then during the Bloomberg era despite our disconnected union leadership would have you believe ts getting better.

For those retirees who want to substitute teach, I believe you should first get physiological counseling and if you still want the "blood money" along with the stress and student disrespect then here is the procedure you need to follow.  Good luck, you will need it.

Hi, Chaz:
Somebody told me if one receives a U for the year, that person doesn't accumulate pension credit for that year. Is that true? Thanks very much.

Not true. The U rating only means that if your still on your salary steps (1A to 8A) you do not advance to the next step. You still get your full pension credit despite the U rating.

I received a u rating three years ago and when I went to 65 Court Street this year I was told that unless a Principal specifically nominates me, I cannot substitute teach and, in any case, cannot get a placement outside the nominating school.

UFT Solidarity actually requested the documentation that allows this block on subbing. Nothing after months.