It May Be A Different Administration But When It Comes To Teacher Discipline, It's The Same Old DOE! 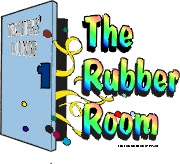 The end of the Bloomberg administration was greeted with universal joy by the teachers and other staff members of the New York City Public Schools.  Even principals, except for the Leadership Academy graduates, were happy to get rid of the Bloomberg policies that hurt their schools.  However, educator joy has been replaced by a realization that for the schools little has changed.  The class sizes have remained unreasonably high, school budgets were frozen at the  recession levels of 2012, paperwork has not been reduced and even increased for Special Education teachers, and  much of the Bloomberg policymakers are still in charge.  When it comes to teacher discipline, the amount of 3020-a hearing have remained essentially unchanged from the last years of the Bloomberg administration.

The DOE's Office of Legal Services will go to great lengths to terminate a teacher by embellishing, perverting, lying, and falsifying innocent actions into serious misconduct. This is typical of this office during the Bloomberg years and unless the teacher was willing to fight the 3020-a charges, many were not and took a settlement to retire, resign, or plead guilty to keep their job and be thrown into the ATR pool, they would be reassigned for a year or more waiting to defend themselves and require the DOE to prove their case. Unfortunately, only 4% are found innocent since the State Arbitrators are appointed to one year terms and either the DOE or UFT can refuse to reappoint the Arbitrator.  Therefore, the Arbitrator will usually give a fine to teachers even when the DOE did not prove their case.  On the other hand, about 8% of the educators are terminated but when you add the resignations and forced retirements, the number jumps to 55%!  Our out of touch leader, Michael Mulgrew, promised a new tone at the DOE, instead we see that Chancellor Carmen Farina, is part of the problem and not the solution as she retained the Bloomberg 300 in their policy making positions. Is it any wonder that the classroom teacher sees little change in the "gotcha mentality" coming from the DOE?

Now the New York Post reports on a 60 year old teacher who was forced to resign under the threat of termination by the DOE.  The teacher, a 29 year teacher who was legally blind and walks with a cane was charged under 3020-a with DOE trumped up charges of drinking alcohol and sexual harassment.  What did this teacher do?  A parent thought she smelled alcohol on the teacher's breath when it turned out that he had a bad breath issue and used Listerine, which is alcohol based (25%).  Yet, the DOE didn't buy it.  The Office of Legal Services believed the parent and reassigned the teacher to the "rubber room" yes, they still exist.  The DOE eventually charged the teacher under section 3020-a with drinking alcohol on school grounds and added sexual harassment charges to boot.  What was the sexual harassment? . The teacher was joking with a group of moms and asked them who wants a blind date with me?  Even if he wasn't joking, what's wrong with one adult asking another for a date? The teacher retired hoping that his good name will remain undamaged.  However, if he tries to get a job with the DOE or DOE provider, he will find he cannot be hired since the DOE will have put a "do not hire" flag on his file.

This is just another of the many questionable cases the DOE's Office of Legal Services brings to intimidate teachers and force them to retire or resign rather then going through long and demoralizing 3020-a hearing where your moral character is made out to be a cross between "Jack the Ripper" and "Typhoid Mary" besides being a danger to the children.  It may be a new administration but for teachers in the trenches facing discipline, it's still the same old DOE.
Posted by Chaz at 11:41 AM

It's tragic when you see teachers who have given their whole lives to helping kids treated like trash. Either throw yourself in the trashcan or they'll do it for you. No
one cares, especially the union- it doesn't even perceive a problem. We did better under Bloomberg.

At William Cullen Bryant HS a teacher has been removed and forced to stamp books all day. His crime? Reporting unsanitary conditions to the authorities when Principal Namita Dwarka wanted to sweep the situation under the rug. Thanks Meathead Mike Mulgrew.

The culture of demonization of teachers has gone unchecked for ages while criminals run our schools, our city, and our union. No wonder nothing has or will change.

There are no articles in the contract regarding ATRs and field supervisors. These observations about ATRs are illegal, and we should take it to PERB.

You mean corruption is protected, and integrity is punished.

Live from the Bronx, MORM here. Beautiful sunny day. Took a walk for lunch, rule #35 under MORM guidelines, must get out of building during day for s breather.
Anyhooo, prior to noon (check my posting time) I feel great. Didn't see my principal this morning when I turned my card from "out" to "in". Walked out of main office as quick as I could. Walked right to my room and then left for my half hour walk.
Beautiful. Leaving for home in less than 3 hours. And this is how it goes everyone. Remember, you aren't saving anyone and if you are trying, you are a fool. Mad? Arguing? Disagreeing? Why? Why are you doing that? Smile!!!! You're a genius. Hang in there. Survivor D.O.E. Edition. You play it every day. Start to realize it without becoming angry or depressed. It's all a total farse. College Ready Rates ALL BELOW 30%. You think this is real????? Haaaaa!!!!!
Enjoy the BEAUTIFUL day. Oops, 11:59, time to walk back to the asylum.

I love this MORM guy. Where can I find the other #34 rules? The DOE and all these toadie sub-moronic APs and Principals aren't going to steal my happiness. Get some fresh-air is right. These admins couldn't manage a McDs. Time to laugh this crap off. Seriously, I want to start at rule 1.

Hey 11:59 live from the bronx keep the blogs going as they truly are on target. One thing I read from you post here was to make sure to leave the building every day. I could never understand that people who stay in the building all day and you can usually find them near the microwave cooking a mac and cheese or some other nasty smelling lunch. MORM is the voice of survival and happiness in this otherwise environment where the apes rule the planet and the astronauts in us are stunned but need to abide otherwise die. Look forward to your next post.

Where do you think in the contract it sat pays that ATRs can't be observed,

It is a dangerous urban myth.

Pauline Shakespeare at PS 34 - Queens : racist woman, highly unprofessional, doesn't follow rules..... should be fired... if she isn't already. I have never known such a lousy principal....... get her out if she is still there!