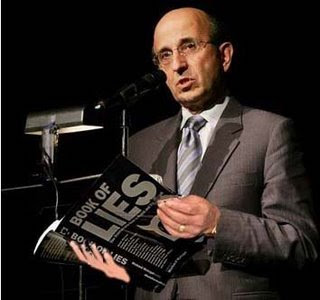 Back in the heyday of the Bloomberg administration, Chancellor Joel Klein bragged how New York City was closing the racial achievement gap.  All his controversial policies that included closing schools, reducing the power of Superintendents, the fair student funding formula that resulted in the ATR pool of highly experienced teachers , and the newly empowered principals who hired "newbies" to stretch their reduced budgets, at the expense of their students education.  Of course, the narrowing of the racial achievement gap was a fiction and when the State revised the cut scores in 2010 to their appropriate value, the racial achievement gap actually widened!  The embarrassed Mayor asked for the Chancellor's resignation and Joel Klein was gone by the end of the year.

Before the illusion of the narrowing of the racial achievement gap was exposed nationally, Chancellor Joel Klein stated the following: "That poverty is not destiny" in a 2011 Teach for America conference .  This statement became the rallying cry of the education reform movement who instead blamed ineffective teachers for the poor educational results in high poverty schools.  Now, it seems the ex Chancellor is whistling a different tone.  In a speech at the 25th anniversary of Teach For America, he said the following: " how complicated education reform is and how poverty is definitely a complicating factor".  His entire speech can be found in the Gary Rubinstein blog.

Interestingly, in an exit interview Joel Klein gave the New York Times he claimed his biggest failure was that he was unable to terminate the ATRs that were costing over $100 million dollars annually.  Its good to know that since his departure, Joel Klein has cost the DOE almost $1 billion dollars, just in salary alone, not including other benefits and maybe the De Blasio administration will realize how wasteful the policies of Joel Klein is costing the City money and experience as schools struggle to improve.

To understand my expose of Joel Klein's legacy of lies and failures read this!

The kids at my school are 'technically' poor, but they all have $600 phones, wear new clothes every day and appear plump and well fed. Many of their parents work under the table jobs (being mostly illegal immigrants and all). The problem is not so much 'poverty' as low class values and self-destructive behaviors.

His policies and people are still with us. It's time to right the wrongs done by Bloomberg and Klien. Not doing so shows me Farina agrees with the policies.

7:20,
I don't see immigrant kids or Mexican, or Central American kids with cell phones, fancy clothes or sneakers, or well fed. If their parents are working "under the table" it's for much less than minimum wage, so no parent is going to throw their money away on nonsense.

The same week Farina announces the DOE is going to start pulling metal detectors out of schools, the data on confiscated weapons is released. It's up 25% for all types of weapons. Students, teachers and parents should be seriously concerned. We know Mulgrew's stance; whatever DeBlasio wants, he gets.

Common sense , to me, would dictate a comprehensive survey of all participants in this metal detector scenario. Everyone should be surveyed, with the results published publicly. Students, parents, teachers, administration, school safety, etc. should all have their say.

joel klein the biggest piece of crap you ever want to know...to think he wanted to fire hard working people to enhance his dumb failing ass scheme to transform nyc public schools is a complete joke and a sham to our existance in american society...this piece of shit ugly martian looking goon was a disaster for thousands of educators who suffered for no reason just because this goon wanted to use his anger among people because that is his and bloombergs legacy..just ask any one if they like bloomberg or klein and if you can find one person let me know

It makes me sick to think that this was on kleins warped brain. Yeah, the poor kids as klein puts it. This guy is a complete failure as he was pushed out by bloomberg when he was so called chancellor of nyc schools and now he has failed again with rupert murdoch after the failed education division of bogus bull shit tablets that joel klein thought he was going to rule the education world. OMG, this guy is the biggest creep on the face of the earth, a complete failure who wanted to recklessly destroy the lives of teachers in NYC. Shame on this neophyte of education and the data proves my thesis that joel klein is a complete waste of everyone's time. Keep this creep away from NYC please at any cost.

More ATR terminations under Farina means that in some ways Farina is worse than Klein.
No rotation under Klein.