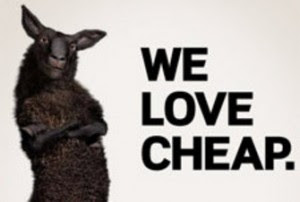 Back in 2007 Chancellor Joel Klein, with the enthusiastic support of Deputy Chancellor Eric Nadelstern and his education deformer friends proposed an entirely new way to fund schools.  It was determined upon a weighted average, based upon student needs that has been used in many different parts of the country.  However, the New York City version was so very different, instead of being used citywide or District wide, as was employed elsewhere, the DOE's  "Fair Student Funding" (fsf)  was school based.  The result was that it forced principals to hire the "cheapest and not the best teachers for their school"  If New York City had used the fsf like the rest of the country, there would be no financial incentive for principals to hire the "cheapest" teachers since the fsf is based upon the District or Citywide.average salary. and most principals want experienced teachers.

To make matters worse, 94% of all city public schools are underfunded, based upon the fsf, with the average school getting only 86% of their allocated fsf as found by the Independent Budget Office.  Because of the "hold harmless" provision, it turns out that most of the schools that are in the higher income areas have the most experienced teachers and are more likely to get their full fsf, while high poverty schools, with high teacher turnover, are getting shortchanged by as much as 18% of what they should be allocated for under the fsf.

More interestingly, has been our union's muted response to the DOE's unfair fsf allocations and in particular their acceptance of the school based fsf in the first place that created the ATR fiasco, with 2,197 educators without a permanent position. While both Randi Wiengarten and Michael Mulgrew has occasionally complained about the fsf, most knowledgeable education observers strongly suspect that our union leadership was complicit in allowing the DOE to impose the destructive school based fsf.

Obviously, the proper thing to do is make the fsf citywide rather than school based and eliminate the financial incentive of hiring the cheapest teachers.  Better yet, eliminate the fsf altogether and maybe, just maybe, high poverty schools will obtain and more importantly, retain experienced teachers for their schools.
Posted by Chaz at 8:34 PM

What we need is a massive uft document leak...there must be some disgruntled insider somewhere who can do this...

Why havent you written about FSF before? Oh wait its in every other blog. Zzzzzzzzzzzz

What happened to the class action age discrimination lawsuit that I thought I heard about a few years ago? Most ATR's are over 40. There is a record high number of veteran teachers getting poor annual evaluations as well. Maybe if MORE gets those HS seats they can convince the ACLU to bring on a class action lawsuit. There is tons of evidence that shows the abuse that older teachers are facing.

Stop trying trying to ridicule Chaz's post, which I find most enlightening, especially the fact the the funding is school based only in New York City.

Instead of whining how about coming up with your own intelligent proposal. Oh, I forgot you need approval from fearless leader Micky Mulgrew before you can even speak.

Dear Chaz,
Please don't over concern yourself or your readers with these complicated issues. That's what we here at the UFT are paid to do. Please remember to vote for us in the upcoming elections. If you have any questions, such as the ones presented here, please call my assistant Mike - who will quickly and succinctly answer even your most difficult questions. Never forget that if it wasn't for us, ATRs wouldn't have a job.
Working Hard for Your Restroom Key,
Amy

I am now over 45 with about ten years in the DOE. I have noticed each year after about 40 years of age that the admins treat me with less and less respect. I am the oldest teacher in my school with the average staff member being about 25 or so. I realize I have no rights in this climate of rampant age-discrimination and that the prone-to-abuse Danielson's 'system' can derail anyone who was given the proverbial 'target' on their backs. When I was younger, I always thought age-discrimination was when people 50 to 60 plus were treated poorly by bigoted young managers.

I am seeing people (from my teaching friend group across several schools) in their late thirties and early forties suffering breathtaking abuse. There is no future in education over 40. Accept it and you can save yourself a lot of grief. Get that ten years of service credit in so you get health and pension benefits when you retire, and invest your money in rentals and business building. The teaching profession is on its last legs and will be a twenty-something's game of temp workers.

Of course money plays a part in why newbies are hired but principals - many very young themselves nowadays - want people they can control and manipulate. That will not happen with older, tenured, experienced teachers. They can't wrap us around their twisted fingers so they do not want us around. The young ones right out of school with stars in their eyes fit right into their plans - for a few years.

The UFT didn't want to spend money on the age discrimination suit. It is an obvious case. But, as with any suit (even a winning one), the Union would have to engage in a PR battle alongside the legal one.

The only battles the UFT will spend resources on are ones that deepen the moat separating 52 Broadway from membership.