Detroit Teachers Will Get Paid After All. However, Danger Looms On The Horizon. 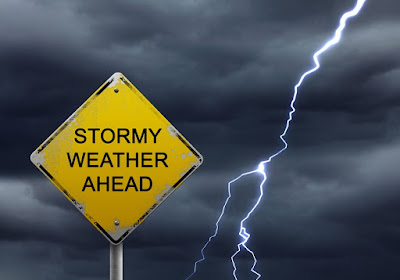 The Detroit public school teachers ended their two day sickout that closed the Detroit schools when the State of Michigan agreed to fund the teachers salaries for the summer months instead of stopping payment on June 30th.  Just like our teachers the Detroit teachers take less pay during the ten month school year to ensure they get summer checks and the City of Detroit was pleading poverty and was unable to fulfill their obligations to the teachers.  The sickout and the support of the parents forced the State to act and guaranteed payment.  However, there is some very ominous issues on the horizon that can have a significantly negative effect on the Detroit public schools and the teachers.

First, there is a severe teacher shortage, especially for Math, Science, and Special Education in the secondary schools and the State is proposing that the City of Detroit and other urban areas where shortages exist can hire adults without certification as a teacher.  Rather than increase salary, lower class size, and fund additional resources to the schools to attract "certified teachers" the State of Michigan is allowing for inferior instruction that will only hurt student academic achievement.

Second, a new school district will be formed to eliminate the existing $500 million dollar deficit.  This new district will include all the students in the Detroit public schools and will not be subject to the union's collective bargaining agreement or transferring the agreement to the new district.  Furthermore, the legislation will no longer allow for the union to collectively bargain on school calendars or work schedules.

Third, the old school district will exist in name only (no actual students) as the State tries to retire the 500 million dollar deficit and along with it the existing collective bargaining contract.

Fourth, all new teachers, certified or uncertified, will be given a 401(k) retirement program rather than a pension.

Finally, teacher pay will be linked to test scores.  A form of the failed merit pay schemes that has never shown to have worked.


While the Detroit public school teachers will get their summer pay, danger lurks on the horizon in the next school year with the State Legislature's proposed education  reform bills ready to be voted for.
Posted by Chaz at 5:45 PM

Strange how Detroit has $300 million to spend on Red Wings new arena.

Teachers are responsible for shaping the future of the society as well as the world at large. It feels so bad to hear such news. The condition of educations system is getting worse every day.