Is This Hometown Hero Principal Really One? I Don't Think So. 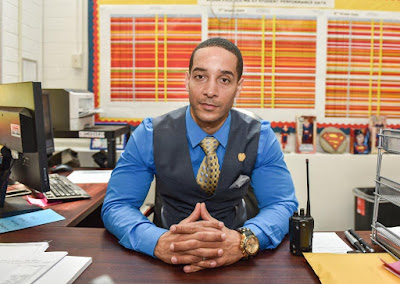 The New York Daily News is starting their bogus hometown hero series again and while some educators are really heroes, quite a few selections are highly questionable.  A case in point is the latest nominee, Principal Shawn Rux of MS 53, the Brian Piccolo school in Far Rockaway Queens.  Principal Rux has been in charge of this low-performing school since the 2011 school year and the graduates from his middle school have fared poorly on State tests and the majority of his students end up in the worst performing high schools in the Borough.

If you read the "puff piece" in the Daily News on Principal Shawn Rux you would be led to believe he is turning the school around.  However, when you look at the academic metrics you find that the school is still failing miserably.  It has only 6% of the students passing the State English test and 5% passing the State Math test.  This is little or no improvement since he first took over the school that ranks among the lowest achieving middle school in Queens.  The Daily News points out that he has reduced suspensions significantly but that goes for most all schools because of the new DOE policy that limits student suspensions.  Moreover, he tries to bribe students with something called "Rux Bux" for high grades and good behavior.  Is bribing students an academic strategy?  Since when is it school policy to offer rewards for appropriate behavior and grades that most of the world expect of their children?  If I gave my students cookies and snacks for high grades and good behavior, would I be brought up on charges by DOE legal for discrimination?  Moreover, what message am I sending the students?

Is Principal Shawn Rux a "Hometown Hero"?  I certainly don't believe so since I see no significant improvement in the school's academic achievement and bribing students to do the right thing is a real zero in my book. 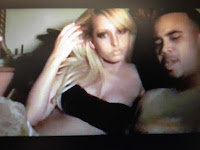 In other news, the New York Post reported today that Principal Emmanuel Polancio of MS 80 in the Bronx is back in the news again.  This time for trying to push a middle aged female teacher (51 years old) out of his school in favor of younger Hispanic teachers.  According to the teacher being targeted by Principal Polancio, he has nicknamed the teacher "Shrek".  The teacher has now filed a lawsuit against Mr. Polancio in Manhattan Supreme Court for $2 million dollars. This appears to be a "pattern and practice" of Mr. Polancio as you can see Here.  He is below average when it comes to "trust" and "effective leadership" and you can find his poor academic results on his school's snapshot.

Principal Emmanuel Polancio is also known as "El Siki" in his inappropriate sexually charged video that makes him a poor role model for impressionable young teenagers.   Yet he is still a Principal.
You can see my post Here.

Note: If you read my previous post on Principal Emmanuel Polancio the DOE was going to investigate his behavior.  Obviously, they quietly buried it since he is still Principal.  The complete "El Siki" video can be found on this link

At my school there was a purge of white and black teachers three years ago by the new militant latina administrator. She fired two black teachers and cut the third one's program. Among the whites she harassed us so badly that nearly all left. Now the teaching staff is about 80% latino, 10% Asian and 10% white with ne black immigrant teacher. The ENTIRE office staff is latino also. We have a new pair of latinos in charge this year, and they are further purging the staff. An Asian guy just got fired and several new staff members came on board this year - all latinos!

When people speak about inclusion, diversity and harmony and all that, all I do is look around and point to each ethnic and racial group looking out for its own and pushing others out. That is reality, and only whites have blinded themselves to it.

Rewards, thats commonplace. Im an ATR. Saw a first year teacher so excited because she was giving them candy and thought it mattered.

I will once again point to the principal at John Bowne HS. Tweed settled two sexual harassment lawsuits against him, and he still has his job. Think any teacher can get away with that?

I heard Dwarka from Bryant auditioned for some X Rated film, but the director paid her to keep her clothes on.

While I disagree with the purge of any group base on their race, please at least acknowledge that this has been done by white people who ran NYC schools for decades, for decades! As is the case with any system built on maintaining power and systemic oppression and discrimination, like NYPD, FDNY, and NYC DOE. These changes aren't happening because people are crying or jealous, it's because people are speaking up and fighting back. Hence the changes that have slowly happened in the overall leadership and some policies. Clearly it is upsetting to see it happen to you and people who look like you but people are angry for the many years of discrimination and people want retribution. It's not the right thing to do but I certainly understand they're reasoning. Whites haven't blinded themselves to it, minorities have just gained white allies and others have finally felt safe enough to do so publicly, like abolitionists on the underground railroad. People who recognized for many years what was happening and believed it was wrong and when they've gotten into power, they've tried to correct it and fix the system. They're not perfect by any stretch, but they're trying.