What Are The ATR Rules This Year? 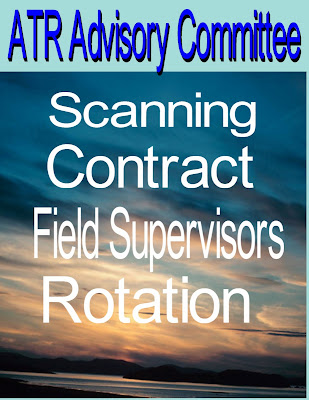 There seems to be some confusion on what rules ATRs are subject to.  To the best of my knowledge, the 2011 ATR agreement is now in force and the 2014 ATR agreement is no longer valid since our union leadership allowed it to sunset on the last day of the school year. I believe I speak for the vast majority of the ATRs who believed the 2014 ATR agreement made us second class citizens and was being abused by dumping rotating ATRs into temporary provisional vacancies simply to try to terminate them in an expedited 3020-a process for the  ill-defined "unprofessional misconduct".

What does the 2011 ATR agreement say?  First, rotating ATRs go back to a weekly rotation after the first placement that lasts to October 17th.  Second, the DOE can no longer force ATRs to take provisional assignments outside their district, third, there are no longer expedited 3020-a hearings for "unprofessional behavior". Of course, there were more issues with the 2014 ATR agreement, such as missing two mandatory interviews or not showing up results in the ATR voluntarily resigning  Unfortunately, the union will continue to allow the field assassins to continue to try to terminate us.

Saying that, it's possible that the union leadership could has secretly negotiated some changes to the 2011 ATR agreement such as longer placements in rotation but since I have heard no rumors of this happening, I must assume the 2011 ATR agreement is now in force.  I guess we will know for sure when our union gives us their "dog and pony" show around October 1st.

You just have to love how silent our union is on every important issue, but guess what we are getting $140 to spend on the supplies the DOE should be making sure we already have. Yeah!!

Uft is more corrupt than them all. They aren't tricking anyone.

Amy says the rotations are the same length as last year. And I think they can still force place us in "provisional" vacancies.

Amy works hard for the money, it's great how she keeps us so well informed of everything.

Our Union is a shameful organization that defends bad principals.

The worst part is the union allowing the DOE to send field supervisors after the most vulnerable members. Until our union leadership intervenes the members will have no confidence in them.

Chaz, I just learned that HR is telling principals who want to hire an ATR on a permanent basis to hire them on a provisional basis. This means that the principal can hire an Atr and get rid of them if they decide to do so later. If they hire you provisionally, you are not an ATR any longer, you are on their budget as a staff member, but you can be excessed at the principal's whim at any time. Do you know anything about this? This provisional hiring only Affects ATR permanent hirings, not hirings from outside the ATR.

I find that hard to believe since HR wants ATRs to be hired permanently since the DOE no longer needs to pay for them down the road (after 2 years).

By contrast, ATRs hired provisionally, the school only pays the average teacher salary.

The principals are doing it on their own accord since they can get rid of a provisional ATR after one year and for that one year the school doesn't have to pay the entire yearly salary.

I was hired for a permanent position and I was told by the AP that HR said for them to hire me provisionally and that's what they did. Only Atrs can be hired provisionally. Now unless the AP lied and it was the principal's idea I don't know, but she specifically said HR told them to do it. This is not hearsay,it happened to me.

I believe the AP lied to you. Maybe the Superintendent or Principal who made the decision conveniently shifted the blame on HR.

Why is getting info so hard?

hey chaz what rules are atr's under? the doe and uft let the previous agreement sunset. do we still receive mandated interviews? do we rotate every week? whats going on with us? please give us any info you may have thanks

We still have mandated interviews but failure to appear for these interviews may no longer have the same consequences. Rotation is monthly and is not part of the contract.

This is true. This happened to me in 2014-15. It was a painful but lucrative situation