Now This Person Identified The Real Issue And Should Be President. 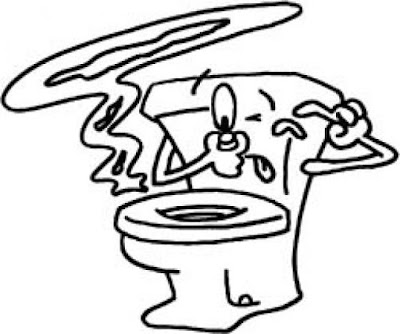 Teachers who work in transfer schools call it "heaven and hell".  Its hell during the fall semester as the classes are crowded and quite a few students don't want to be there  but are forced to by their probation officer, parent, or authorities.  By the Spring semester most of the students have disappeared, especially the behaviorally challenged who disrupt the classroom.    This time is know n as heaven as the teacher has small class sizes and students who wanted to graduate.

That brings me back to the Bronx transfer school which recently had a student assembly and elections for student body President.  Three candidates were running, one boy and two girls.  The girls campaigned for the usual things, a stronger student voice, more resources, a less punitive discipline policy, and student respect.  The audience seemed only half interested and many were eying their cellphones or talking to the person next to them,  Then it was time for the boy to speak.  He started talking about the awful bathrooms.  He called them "smelly and stinky" and lacked toilet paper, soap,  and paper towels.  He demanded air fresheners for the bathrooms. He explained when you take a "shit" and there's no toilet paper it helps to stink up the entire school  The buzz from the crowd stopped as he was speaking and then went wild with yells and applause as he targeted the one issue that they all wanted to fix, the stinky and smelly bathrooms.

I guess he won the presidency of the school's student body as he pledged to clean up the corrupting stench of the bathrooms that causes the school to stink.
Posted by Chaz at 6:28 PM

Make him UFT president! The Dennis Walcott Memorial Restroom does need some cleaning. We'll all be cleaning toilets soon thanks to Randi.

On a much more serious note Chaz can you give some insight to the future of our pensions? I'm hearing from older veteran members of multiple sectors that when Trumpnplaces his choice it will weigh in favor of the Right. Many saying that our pensions are in trouble. Could this be true?

Those currently in the doe will be fine. Future teachers will probably not havr a pension. Realistically, most schools will be charters. This isn't just a trump thing.

There will be a constitutional convention next year. In the past, both Giuliani and Koch lobbied for changes that would remove the state pension protections and let the mayor control the pension funds. Shelly Silver saw to it that no changes were made. He is gone. I am sure that Mayor DiBlasio will be on the unions side.

If this was supposed to be a reference to Hillary Clinton losing , it's your weakest article out.
She got what she deserved, Bernie would have beaten trump. Blame the DNC.

This was a real story and not about the Presidential election. I thought the story was humerus.