At The DOE Some Teachers Are More Equal Than Other Teachers. 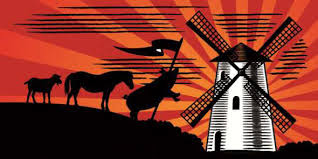 You would think that all teachers are treated the same by the DOE.  However, we all know that excessed teachers are not treated the same as appointed teachers but in the bizarro world of the DOE, teachers are treated very differently.    Welcome to the DOE's version of Animal Farm. If you're not familiar with George Orwell's book the animals rebelled against the human farmer and took over the farm,  At the beginning all the animals were treated equally but as time passed the pigs gradually took over and became the overlords of the rest of the farm animals.  Lowest on the pecking order were the cows and hens who were liquidated when their food producing days ended.

The DOE, with the complicit agreement by the UFT leadership, has developed its own Animal Farm pecking order when it comes to teachers simply by their policies.

Pigs:  Young and preferably untenured teachers who have low salaries and inferior Tier VI pensions which few will ever last long enough to obtain.  The DOE's school-based "fair student funding" formula ensures that almost all the 4,500 teachers hired annually are these teachers. They get the DOE's " Hero First Class" Award.. Furthermore, most of the Open Market System transfers come from this group.

Dogs: Tenured but hired under Tiers V or VI and with less than 8 years of experience. They are the gate keepers for the Bloomberg small schools and are still young and cheap enough not to be targeted. These teachers get the DOE's " Hero Second Class" Award.  The remaining transfers of the Open Market System occur in this group.

Horses:  Experienced teachers and used by the DOE to implement good teaching practices.  However, while they are getting on in years and becoming expensive, they are still needed since these are the top teachers in most schools..  These teachers between 8-15 years of experience are the role models and mentors for the "newbies". They are the work horses that make the schools run until they wear down and are eventually enter the final two groups and are targeted.

Cows:  Veteran teachers , usually over the age of 40 and 15+ years of experience.  They are used by the DOE to milk their vast experience until they are of little use to the DOE.  These teachers will be forced to pasture by retirement or termination once they have been squeezed of their best milk producing years.

Hens:  Senior teachers who have the most seniority and accumulates the most pension credits.  The DOE policies force them to lay eggs and then terminate them to feed the DOE's ever increasing monetary appetite while starving the schools. Targeting senior teachers is the top priority in their "education on the cheap" policy since they posses the "institutional memory" of what its like to run a peaceful classroom and that is a threat to the ever increasing "Leadership Academy Principals"..

Heres the thing that I have noticed after more than 15 years teaching for the DOE: Newbie teachers don't give a rats ass for the expertise or help from veteran teachers. I can count on one hand how many times a newbie has asked me for help. They think they already know it all. Even worse, I have noticed that principals give out way more "effective and highly effective" ratings to newbie teachers on their observations. How can a brand new teacher get such high observation ratings when they are fresh out of college?

Chaz complain and whine to you hearts content.
BUT, until such time that the ATRs organize and win a class action age discrimination lawsuit against the DOE, nothing will change.

Newbies always used to ask for help. I helped so many and got help when I was new. Things have changed. Young teachers are taught older ones know nothing and follow the lead of their administrators.

Great post. Very funny and true. I'm an old hen (a rooster really). The whole farm is going to be closed and a Soylent Green franchise opened.

I'm a cow. 23 years in at upper 40's. Have to say the trick in my high school is to just avoid the administration and hand in whatever they ask. Other than that I don't feel targeted. And like MORM used to say, it's all about relationships anyway.

Sickening and disgusting but my question is why?? Why do the people assholes at the doe care about targeting senior teachers?? MOney?? What the hell do they care?? THey are all just ass wipes working for the city of new york in the dept of education. Many of these people will pass away or drop dead and others will move in so why do they care?? NYC has more money than God and it will always be a rich city as people from all over the world crave to come here. Message to the people working at the doe....you all will be dead one day and no one will give a rats ass whether you "saved" nyc any money or not so get off your high horse and go eat a nyc bagel and read the daily news bashing donald trump with a clowns face.

I see little difference between your "horses" and your "cows" except the number of years in that you attribute to each group. There is no sharp distinction; it is more of a continuum. When I was a young teacher, there was a good mixture of veteran, middle, and new teachers in the school. The veteran teachers were the wheel horses, the steady experienced workers who by dint of their "been there, done that" experience of many years actually kept each department running. They made up departmental midterms, made sure there were enough Scantrons for Regents, drove to other schools to pick up additional Regents exams if necessary, brought down the Scantron machine to the communal grading room for Regents, acted as sounding boards for problems younger teachers were having, wrote curriculum, selected lab exercises for the department, helped decide dates for important exams and in some cases, acted as confidents for APs new to the job. They did not need to ask the AP very much; they knew what to do, at each time of the school year, to get the necessary accomplished. They were absolutely invaluable and put in far more time than they were paid for.

Those days are gone. Now, thanks to the DOE and the complicity of the back-stabbing UFT, senior teachers are contemptuously looked upon as dinosaurs and pariahs by newbie teachers who are too green to appreciate the fount of knowledge and experience those veterans represent. They may not be able to effortlessly recite the ABCs of the latest buzz-word acronyms or may struggle somewhat at the barrage of new softwares to master, and so, in the eyes of these newbie children raised with a computer in their hand, they are useless ancients. What a horrific waste of priceless resources.

Gotta love this post on diane ravitch site which lists dozens of charter schools in Nevada with graduation rates that make NYC look like Harvard.....no kidding

I especially love this school....AND....I went to their website and noticed that most of their teachers DO NOT even have a masters degree in any subject....most teachers have bachelor degrees as this is fregan hysterical and such blatent in your face bull shit from the reformies who would sell their own mother up the road for a buck..

Ahhh, the teaching profession: The only career where experience is frowned upon. (Except in the rich suburbs or private schools where money is no issue)

Simple way to answer that question: it all adds up. And no it's other factors besides money such as institutional memory.

You are so right on with every single point it's scary

The best thing we can do is start leaving the system.

Great post!!!! Glad I could inspire you. Orwell was gifted. Btw... truth is stranger than fiction!

One of my brilliant administrators informed me that I had much to learn from three teachers new to the grade level. They clearly have nothing to learn from me.

The roving field supervisors are useless, and a waste of resorces.

Still confused as to the selection of Betsy Devos to education secretary. Please take a look at the state of Michigan and the school system there and what the Devos family has done. The charter schools are a mess and the charters in Michigan have the lowest progress of any schools in the country!! Working conditions in Michigan schools are in shambles causing teachers there to protest un workable conditions. Further, Michigan is a state that has cities that rule with sharia law. Dearborn Michigan is the first city in the country to be ruled by sharia law and there was a situation where christians were stoned to death by the ruling sharia law muslims that own the city council in the city of Dearborne. Where was the Devos familys money here? You mean to tell me that the Devos family is more interested in destroying public education with their money than to help save their country's Constitution which is being slammed on by the muslims there?? Conflict of interest here with Trump selection.

I think Betsy Devos is another Cathy Black. I can't stand Rush Limbaugh but I was in a car riding with a friend who swears by Rush. Rush was going on about how great a pick this woman is. He talked about how charter schools take the control of education out of the hands of those rascally unions. He said she was an advocate for home schooling and she was also a good Christian(as if that makes you qualified to be Secretary of Education!)I believe that Trump wants to do away with the Department of Education and that may be this woman's task. Well, good luck with that. Reagan had wanted to abolish the department but got nowhere.
There are so many charters in Michigan that there are not enough students to go around. Maybe we could send them some of the geniuses who attend NYC schools!

In my previous post I forgot to mention that Ms. Devos also believes in vouchers. I really thought that vouchers were a dead idea - I guess not.