Rules Of Thumb For Retirement Decisions. 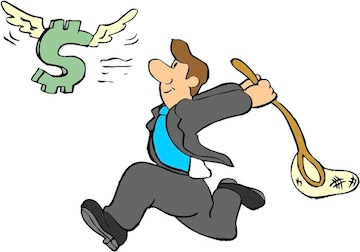 Over the years I have heard various rules of thumb for teachers who want to reach their safe and secure retirement goals.  These rules of thumb include the combination of age and years, asset allocation, amount to withdraw, doubling their money, and amount to save.  This post will explain each rule of thumb that teachers might want to use to plan their retirement.  Remember, these rules of thumb are only simple guides and not ironclad guarantees.

Savings Rate:  The savings rate necessary to ensure a safe and secure retirement in the future is 15%, excluding pension and social security and approximately 10% when you include the two.  For younger teachers,every time they receive a raise in their salary, add 1% to the savings rate.  That includes both step raises and contractual raises.

Asset Allocation and Age:
For teachers the rule of 120 is usually recommended.  That is taking 120 minus your age and that is what should be invested in equities and the rest in a Fixed Income or Bond Fund.  For example, if you're 40 years of age, then its 120 - 40 = 80% equities/ On the other hand if your 70 years of age, its 120-70 = 50% equities.  For the risk adverse, you can substitute 100 rather than 120,  which is what was commonly used before 2010. A simple method is to use your age to determine the percentage of bonds and other fixed income instruments.  Age 65 = 65% bonds and other fixed income options.

Retirement Date:
Obviously, its different for different educators.  However, a general rule of thumb used by accounts for civil servents is the rule of 88.  Any combination of age and years worked towards a pension that equals 88 is when an educator should retire.  According to prople who follow this rule, beyond the number, the financial incentive rapidly diminishes. Playing with various retirement scenarios the rule of 88 seems to work, for the most part.  For example, if a teacher retires at 62 with 26 years in, the combination equals 88 and that is the time to retire.  Does it work for all scenarios?  Obviously not but its a fair estimation of when an educator should retire.

These rules of thumb are simply guides and not the final say for saving, selecting a retirement date, and withdrawing your money.

Am having my FIRST pension consultation ever! Feel nervous and anxious about it!. Glad to have info from Chaz! So much to think about!

Chaz how do you feel about the NYC Deferred Compensation Plan for UFT members?

Other than the TDA's Fixed Income Fund, the NYC DCP is superior, specially for younger members with the ROTH option.

Remember the rule of 88 is simpl;y a rule of thumb but it appears to be applicable for the 25/55 crowd.

Retiring next month, If I have to supplement my income with a P/T Gig, not a problem, it wont be teaching! 25/55 equals 80.. ill have 82, a bit off the 88 # but well worth it to get the hell out of this system. I put as much $ as I could away in the TDA, It has been in fixed for the past 4-5 years...between that the Pension and the money I make on the side, life will be good...I wish all of my colleagues the best! We deserve it!

Chaz
Do you have to max out the TDA before you can contribute to the Deffered Compensation Program? Thank you

What are the administrative charges per quarter for the TDA?

I See the NYC 457 Administrative charges are $20.00 per quarter and the 457 Plan's investment funds are assessed an annualized asset-based fee of 0.04%.

Thank you for the help.

The answer s no.

I cannot get a straight answer from TRS. Some reps telling me 30%, 50%, 60% etc. of pension for 4-5 months till it straightens out. I will be retiring Feb. 2018 with 1 month terminal leave for March. So please what is a straight answer? I know you get it eventually but what to do in the meantime. My pension will be approx. $56,000
Thank you.

Planning on Retiring Soon: Would like to know if the Retro $ that we will receive in 2018 counts as "earned income in 2018" on taxes, because would like to continue contributing to ROTH IRA. Thank You, Chaz! Congrats to 10:13, nice job hanging in there and doing things right.

To 1:39 PM
All retro payments are treated as earned income, even in retirement.

I use BOTH the TDA and the Roth 401k (from the NYC DCP). it is another place to stash away money for retirement (with tax free withdrawals) so it is a win if you can afford to do both> Think about it, Pension + TDA + 401K + whatever others savings you manage to put away. You should be in a great financial situation for an enjoyable retirement:)