The Good, The Bad, And The Ugly When It Comes To Screened High Schools. 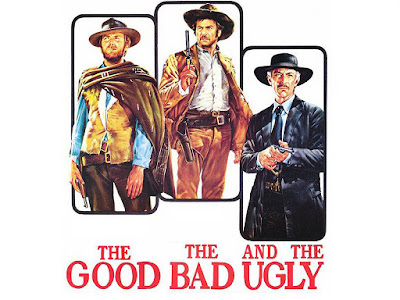 The Good:
The screened schools are good for the high achieving student  who are with other academically proficient students who want to learn;  This allows for positive peer pressure to achieve the most of the student's academic potential.  Moreover, it keeps middle class families in the public schools, who might otherwise leave the City for the suburbs or enroll in private schools.  Further, middle class parents will provide the additional resources that the school request to supplement their budget and provide the academic enrichment that attracts the high achieving student.  Finally, The screened schools allows for more advanced placement and honor coursers, which in turn, makes the student better able to be "college ready".

The Bad:
Screened schools help segregate schools by academic ability.  Many of the New York City schools suffer from segregation as the high achieving students that live in the neighborhood refuse to go to the local high school and are selected by the screened schools.  In addition, the academically weaker performing high schools struggle to retain effective teachers and teacher turnover is much higher.  The result is an unstable school environment as students see many of their teachers leave the school and question their own abilities or even blame themselves for the teacher leaving.  Furthermore, tracking hurts low achieving students who are relegated to basic skills and few opportunities to take higher level courses.  Finally, the student body struggles academically and being smart is a negative where the "cool kids" are the ones that have social skills but little academic ability and most never make it to college.

The Ugly:
The screened and specialized schools are not only segregated academically but are racially segregated as well.  The specialized schools have a student body that is primarily East Asian and White while the academically struggling schools are located in deep poverty neighborhoods and are primarily Black and Hispanic.  Many of the Renewal Schools fall into that latter and is one of the main reasons they struggle academically.

The online newspaper Chalkbeat has a nice article that deals with this issue and you can read it Here.
Posted by Chaz at 4:00 PM

Everything about the DOE is ugly, especially it's schools.

Hey Chaz, thanks for letting teachers have a voice on here. I'm a 20+ year vet of the system who plays the game in order to survive. Recently I was at a meeting with some big wigs from my district and several topics were brought up. I brought up the topic of combining high schools again because these small schools inside one building is just becoming more and more ridiculous. So much waste, so many programs split into 6 or 7 schools within the same building. It's just so unbelievable but I'm sure you are aware yourself. Anyway after our little Q&A that they entertain, I was approached by a suit who appreciated my question but told me off record that it was indeed brought up to Chancellor Farina and her deputies. This individual and his team were informed that they could never go back to combining schools because of the overpopulation of administrators who currently hold a position of principal or assistant principal. He basically said there is no where for these people to go. You cannot combine schools due to the fact of jobs. I was appalled. I then said that in my building there are 7 principals and with the addition of ATR assistant principals, there are approx 25 AP's. so thats 32 administrators in one campus. He shrugged his shoulders and said "Its out of control" and walked away. I have heard stories that there are schools with less than 200 students with 3 administrators, maybe 4. Why hasn't Edelman picked this up? Yuuge story!

Middle class and educated families will do anything to keep their own kids away from failing schools. They don't want these students to influence their child in a negative way. Screened schools are the only hope for a family that values education and wants to provide a leg up for their child. East Asian communities hold private seminars and presentations in each others houses on how to ensure their kid gets into specialized schools all for the sake their kid doesn't end up in a failing school and ruin their chances at college. I personally would push my own children for screened schools, lest they fall prey to the ghettoness that is Bryant or LIC. The fact is, if you value and care about education, you will draw the line to separate yourself from those that don't.

The answer to 5:14 is that excess administrators Should be reassigned as teachers. Problem solved.

And not one of these administrators' teaches a class today. Assistant principals did teach a class each day pre Bloomberg.