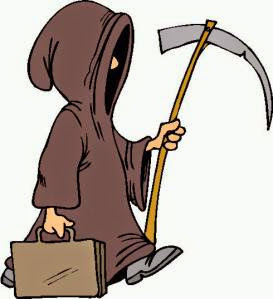 When then Mayor Michael Bloomberg and Chancellor Joel Klein all but eliminated the large neighborhood comprehensive high schools by opening up to all students the ability to  select any citywide school to apply to while closing low performing schools.  This misguided program resulted in the closing of most of the large comprehensive high schools throughout the City.  The result was increased academic and racial segregation that made the New York City public school system one of the most segregated school districts in the nation.

Now Mayor Bill de Blaiio and his Chancellor, Richard Carranza.  have vowed to integrate the schools and that is a worthy goal, except they are going about it the wrong way when it comes to the high schools.

Presently,  both the Mayor and Chancellor have failed to change the high school admission procedure that have resulted in the segregated high schools.  Until the DOE eliminates the citywide high school admission requirements and brings back the large comprehensive neighborhood high schools academic and racial segregation will continue. An example of this are the academically struggling Renewal High Schools, which are almost 100% minority, compared to 70% for all citywide students

In Chicago, a study done by a pro-charter organization called "kids first" showed that in the poorest schools in that city, the schools in high poverty, mainly Black student body, have one empty seat for each two students entering their schools.  The reason is like New York City, students can apply to any school in the city.  Therefore, these schools become more segregated academically and racially. You can read the Chalkbeat article Here.

This is so true. Many of our high schools can't attract good students but some can. For example, two years ago I worked at a school that was able to attract many high ranking Trinitarios. I had the opportunity to have a captain Trini in my class to help me with classroom management. Tried talking to the principal about hiring him as a dean but it fell on deaf ears. Administration always think they know more plus I was told "Carmen does not like deans." So we had to have an out of control school to satisfy 75-year old Carmen.

Other schools in the building attracted other gangs and our school's gang would kick the shit out of their school's gang members. First of all, if you are a crip then why the hell are you coming into Trini territory? Are you stupid or did enrollment let you down? I already told DeShawn that he better not be brining me that gang shit into my house. Plus, unless he joins the Trinitarians gang then no way will I support him. In Manhattan it has to be the Trinitarios.

My sister worked for Flushing middle school. The school was made up of mainly Asian students as is represented by the community since large sections of Flushing are made up of mostly Asian immigrants. She had a relatively successful run with the DOE before she resigned and moved out of state. You would think that the majority of the graduating students simply go to Flushing high school when they transition from middle school to high school. This is not the case. The majority of students who graduate Flushing middle school go to specialized high schools. Flushing High School absorbs all of the dead wood and large sections of the student body are made up of mainly Black and Hispanic students who are not representative of the community. Flushing high is of course one of the worst high schools in Queens and simply cannot attract any academically proficient students, or any effective administrators. The teacher, student, and even the principal turnover rate there was huge. Chaz even worked there at one point as an ATR and strongly discourages anyone from working there. My friend who used to be an ATR was placed there against his wishes and was discontinued by Tyree Chin who we all know about.

My point is that this illustrates the madness of what Bloomberg/Klein have created by eliminating neighborhood high schools in favor of allowing students to apply to specialized high schools anywhere in the DOE.

This is the great untold story.

Look at every effective community in the US. There is a locally controlled school district, where the people vote in the members of the School Board. There is usually one elementary, junior high, and high school, so you know where your kids are going, and there is tremendous parent and community involvement.

When I was a kid going to school on SI, in fact even when I started my teaching career there, people were still invested in their locally zoned, comprehensive high school. Notice the few good schools left like Bayside and Tottenville still follow this model.

The only hope is that the new Black Flight and Latino Flight out of the city to the suburbs and down south (especially Georgia and the Carolinas) by middle-class and aspiring minorities in search of good schools for their kids will catch the eye of the progressive Mayor and Chancellor.

Start an up roar about the four drop ins for danielson bullshit framework.

No parental involvement equals no chance of school selection and unfortunately no future for the kids . poverty , prison or both. Seen it for 29 years .Very sad.

One of the things our principal told us to do in order to fight segregation in schools, have our students compete to get into specialized high schools etc... is to: Marry Asian. I know it sounds like I am being funny or sarcastic but I am really not. Unless you marry Asian or somehow end up with an Asian student - it is extremely difficult to compete. As a parent, I told both of my sons, black DeShawn and white Alex. "Please do not try to compete with Asian students- you'll never win." DeShawn agrees. Alex still wants to get into Stuyvesant. It is the white entitlement in Alex. I will keep you people posted.

Off topic. Remember last year our assignments were up on sesis at this time. Do you think they will be up soon or you are clueless like the rest of us?

Off topic. Remember last year our assignments were up on sesis at this time. Do you think they will be up soon or you are clueless like the rest of us?

@SHADY you shouldn't label your children as "black" and "white" it could create animosity. maybe you can change that to "inferior" and "superior". you should know which is which! so how is duhhshawn doing with his anger issues from what I read he gets that from "your" side of the family... very inferior!

@9:22 You are so right. I tried for years to hide DeShawn being black from but somehow he always figured it out. I never once told him he once was black. Let me go back and talk to him. Maybe I can convince him he's not black.

Due to system to tink about marks only.