If You Retire Before 2020 How Does TRS Take Out For The TDA In The Lump Sum Payments? 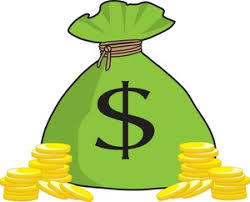 A commenter brought up  something that I could not answer.   The commenter asked a simple question.  "How does TRS account for TDA contributions if the UFT member retires before 2020?"  My answer is I don't know.

Theoretically, once an educator retires, he or she cannot contribute to the TDA.  However, in this situation,the lump sum payments are money owed to those who worked in the 2008-2009 school years, when the TDA contributions were part of an educator's payroll deduction.  Under the rules, you can contribute to a tax deferred plan as much money as you earned that calendar year, up to the maximum limit decided by the federal government. Isn't the lump sum payments earned income?

My guess is that TRS will punt on the question (football season has started) and refuse to allow newly retired educators to contribute to the TDA by using their lump sum funds.  I did try to get an answer from TRS but did not get a clear response to this question.  They informed me that retirees cannot contribute since they need earned income to contribute to the TDA.  When I brought up the fact that the lump sum payments were earned income the TRS said that they would look into it.  I'm not holding my breath waiting for an answer.  I hope I am wrong on this but I believe that somebody would have to bring a lawsuit to find out if the TRS is required to allow retirees to use their lump sum payments to contribute to their TDA.

I thought if you retired you missed out on the lump sum retro payments unless you retired right away that June?

This is why my friend took terminal leave- so she would still be on payroll when this year's installment of the retro is paid out. I doubt she knows the answer to this particular question, but her husband is on top of these things- and won't rest until he gets an answer.

Can you please explain how the DOE deals with reaching the SS max and our paychecks? A lot of us at max will have that happen in November and/or December-earlier with per session. I don’t trust them to do the correct thing.

Also, I know the year we turn 50 the TDA can be increased, do we get an email/letter from trs the year before that we can increase our percents or do we have to deal with that ourselves.

All remaining lump sump payments following one year of retirement will not have a TDA deduction. This money is not considered income. It is considered a special payment so it does not count against your 30,000 cap for income.

I understand about the "Special Payment". However, it should be considered earned income and allow the retiree to contribute into his or her TDA.

chaz...we cant have it both ways!

I agree and it should be earned income and not a special payment.

Thank you Chaz for bringing this topic up !!

If you are retired and need to take out a small loan from your TDA which is in deferral status do you have to pay taxes on the loan or report it as income to the IRS ?

I'm retiring in 2020 before retro payout and plan to increase TDA's calculated maximum in 2020 so the IRS maximum is met prior to my retirement date. And to Anonyous whothinks "we can't have it both ways"... It's earned income from 10 years ago so know matter when the distribution we should be allowed to have TDA deducted as it would have been if the UFT got us the raise in our checks 10 yrs ago. But since it's not allowed, increasing TDA prior to retirement is a solution.