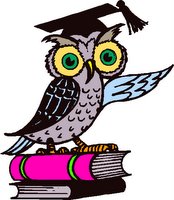 The New York Post, of all newspapers, in their Sunday, October 1, 2006 editorial stated that good schools have focused principals who places a premium on discipline and who supports the faculty; parents who take an active role in their children's education, and teachers who are committed and creative - and qualified. Except for low class sizes, the Post is right on the money. However, they incorrectly stated that New York City is making real progress in achieving this goal, the reality is different.

First, the NYC Department of Education (DOE) does not like strong-minded, independent principals, especially those that support the faculty. Instead the DOE is placing many of the Leadership Academy principals, who have little or no school experience, who follow the Jack Welch business model that has failed to work in schools, and worst is that these new leadership principals have little interaction with the faculty and teacher input is not asked for or respected by them.

Second, the DOE has continued to weaken the student discipline code by allowing parents to appeal to an ouside DOE administrator when a school tries to suspend the student. This is in addition to the DOE's policy of placing an overaged violent felon back into the same school he/she terrorized in the first place. Moreover, the DOE has eliminated many of the special schools that handled overaged felons, as well as the overaged 8th graders who are pushed into the large high schools rather than a more suitible setting. Furthermore, the DOE discourages schools from taking a "zero tolerance" approach since too many reported incidents could result in the school being put on the DOE radar as an "inpact" school, or a school that has safety problems.

Third, unfortunantly, the major problem in the New York City Public Schools is a lack of parental involvement. Especially the middle & high schools. The DOE aided and abetted this by eliminating the parent-dominated district councils that had the ear of the old Board of Education and rightly or wrongly nothing could get done with the council's approval. Instead we now have a powerless parent advisory committee that is largley ignored by the DOE Instead of more parental involvement in the schools, we now have less!

Fiourth, A quality teacher means a competitive salary, low class sizes, and experience. However, the DOE's policy of recruitment rather than retention makes a quality teacher in every classroom a pipe dream. The Post editorial states that 100% of the teachers in the school system are certified. However, included in the 100% are the alternate certification programs such as Teach For America & the Teaching Fellows Program - which means the teachers are certified in name only since they still have to pass the certification tests. In other words they are not certified! Based upon 2005 data that means that only 82% are really certified teachers! Finally, how many of the 82% are teaching in their subject area? Many schools have physical education teachers teaching english, math, science, and social studies. The DOE policy to allow schools to hire newly-minted teachers (some not certified) over excessed, experience teachers has resulted in a steep learning curve for these new teachers at the expense of their students. Children first? How about children last! In addition, the DOE's "one-size-fits-all" appraoach and micromanagment stifiles teacher creativeness. As for the low class sizes and competitive salaries? Forget-about-it!

Finally, under the new NCLB proposals, 65% of all money must be spent on classroom instruction. While I have no clue what the DOE spends on classroom instruction since it's accounting transparancy is very foggy. I'm sure they would include instruction-related-activities such as professional development that lacks classroom teacher input, District/Regional office personnel who work on school budgets and assignments, and DOE hearing officers that work on school grievances and other issues. Is this classroom instruction? Of course not. To me classroom instruction includes direct classroom expenses including books, supplies, salaries, school infrastrucrure, guidance and a school nurse. I believe that teacher-directed extracuricular activites (sports, clubs, honor societies, yearbook, plays, band, etc.) should be included as part of the 65%. This is opposite the NEA & AFT positions. However, these activities are part of the total student experience in school and provide positive motivation to do well in the academic environment.

The New York Post was right on everything they said. Except for one, their conclusion that New York City is making progress.
Posted by Chaz at 8:25 PM

As you know, the New York Post, is an anti-labor, pro-corporate rag that would happily stage classes in Wal-Mart so that teachers could concurrently explain what enzymes are and fold clothes.

Good teachers and small classes are what's needed, in that order, and unless principals are equipped to recruit and retain these teachers (they aren't), the union-busting Post's vision will belong in fairyland, where it was created.

Principal's don't have to work on staff development--that's what the 20 something, 2-year teachers are for! They are the ones who come in on their days off to teach us old times how to teach!

Pissed off you are so right! In my school, we have a 2nd year English teacher in her early twenties (from the Teaching Fellows program) doing PD on "how to teach" Advisory. Our Principal also advised the veterans English teachers to go and observe a first year Teach for America kid, because she says he knows how to use "academic language"....LOL
I just laugh, thank God I'm a Math teacher and my Principal doesn't have a damn clue about Mathematics.