The Next Contract - Should We Settle For 6% For 18 Months? 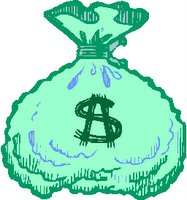 As we enter the final year of our contract with a 3.15% increase and for the average teacher salary of $48,000 this equals $58.15 per paycheck, before taxes (about $35.00 after taxes). It is time to look forward to contract negotiations with the Bloomberg Administration.

Due to pattern bargining the teachers will receive 6% for the first 18 months of any future contract. However, any lengthening of the contract will mean givebacks for any extra raises. What are the givebacks that the Bloomberg & Klein want? Well it's not hard to guess.

First, look for the Administration to try to put a time limit on teachers excessed from the schools and placed on the Absent Teacher Reserve (ATR) list. They will probably demand that after 18 months if a teacher on the ATR list does not land a classroom teaching position, that teacher will be fired as is presently done in Chicago. Look for our union to resist such a proposal as an attack on teacher tenure and is probably doomed to fail despite a DOE media bliz and newspapers demanding an end to lifetime tenure for ATR's.

Second, the administration has not been shy about adding a sixth teaching period to the secondary schools and will try to achieve it by using the extra time won in past contracts and adding any time gained in this contract negotiation. This is another non-starter since the union is on record not to exchange anymore time for money. Further, a sixth teaching period has always been a "no" issue for the UFT.

Third, Klein wants the right to move the better teachers into schools that need them without compensating them for it. Good luck trying to convince the union to buy into that.

Finally, look for the Bloomberg Administration to ask for concessions in the health and pension areas that go beyond our contract negotiations and are probably a way to open up the entire city workforce to a Tier V pension and more restricive and costly health benefits in the future. However, the UFT will probably defer these concessions to the MLC For future discussions.

Obviously, the administration will ask for other outragious items. Reduced sick days, more unpaid suspensions, weaken or eliminate due process etc. However, that is part of the negotiation dance and should not be taken seriously.

The real question should we even bother to negotiate a contract longer than 18 months? An 18 month contract, with no givebacks, thanks to pattern bargining, wil end April 2009 and the Bloomberg Administration will be gone in January 2010. Therefore, we can then negotiate with a more reasonable Administration for a better contract with very little givebacks.

I'm with you, Chaz. I hope you're right about the ATRs in particular.

Will Bloomberg and Klein agree to that? I don't know. Even though there is the pattern, they have little incentive to agree to anything when they could just let us wait forever.

Unfortunately, I'm not convinced Randi's gang has learned that going to PERB is sheer idiocy. I hope you're right about everything, but I never thought I'd see UFT leadership embrace a contract like that last one.

Also, their apparent ability to get members to vote against their own interests may embolden them. As for the sixth period, I'd say for all intents and purposes there is one, despite the bluster of propagandist Casey this afternoon.

The scary part of the next contract is that the administration boxed themselves in for the first 18 months. However, it's the last 6 months that they will demand massive givebacks that we cannot and will not accept. However, if we go to PERB, they will impose some of the givebacks for a two-year contract. Therefore, it might be best to either:

A. Only have an eighteen month contract.

B. Wait unti DC37 gets a new contract and take whatever raise they get (without givebacks) for the first 6 months (2%?). Giving us an 8% raise for two years without givebacks.

C. Wait until 2010 for a contract under a more supportive administration.

None are great but at least we don't need to go to PERB.

I think C is the most likely possiblity, now that you mention it. Of course, I have a strong suspicion that Eva Moskowitx will jump parties and be the GOP candidate. They need someone with name recognition, and she's probably the best they can do.

The overall sense I get is that everyone heard the message that the 63 - 37 vote sent, that no one is in a very concessionary mood right now. Our votes were not enough to defeat the last contract, but they were heard.

We were angry about how much we gave back last time. But the next round of give-back issues, if they came up today, would likely be non-starters for the entire UFT. You've identified a few: no lay-off, tenure, 6th period, forced transfer.

Also note that we are still part of a baragaining coalition, which will meet next week.

I agree that "C" is the most probable course. I also agree that Eva Moskowitz would make a good choice for the city Republicans and I hope she loses big time. Hopefully, the Democrats don't shoot themselves in the foot and select the wrong person.

In my discussions with the elementary school teachers, who admitted that they all voted for the contract for the money, they have told me that they have lost time and per session money and will not accept anymore givebacks. Even if they must wait until 2010.

Even Randi's clueless educrats realize that they can't accept anymore significant givebacks in negotiations with this administration.

By the way I did hear that our dental benefits are being put on the table. How true this is, I don't know.

Technically, you don't need teeth to teach. There's something for PERB to ponder.

It's twenty months, not eighteen that is the pattern. DC 37 was for 32 months. 32 - 12 (the first year where we just received our $35 increase) = 20. That comes to about 3.6% a year if I'm not mistaken. That will be a little more than those $35 we just received. And no more givebacks. Thanks a lot but we need to take back what we gave back in the last round.

You are right about the 20 months but 2 of those months were added to replenish the DC37 welfare fund that is in the red. As far as I know the UFT weldare fund is in good shape. Therefore, for us it should be eighteen months.

You really think the city is going to say it's 18 months? Dream on.