Kleinberg's Attack On Our Pensions 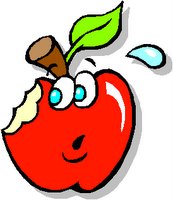 A teacher in the New York City School System is vested , for pension purposes, after five years. However, a teacher must still put in ten years before the city stops deducting 3% of the teacher's salary into the pension system. Further, to get maximum credit for the pension, a teacher needs to work 20 years (you get 2% a year for every year you work once you reach 20 years, otherwise you get only 1.67%). For example a 19-year teacher who retires gets 31.73% of the highest three consecutive year average salary (FAS). While a 20-year teacher would get 40% of the FAS. Of course if you worked to 30 years you would receive a 60% pension. Almost as important, after 10 years the teacher is eligible to retire on disability, which is 33.3% of your FAS and if the disability was in the line of duty, it would be 67% of the FAS. Finally, once a teacher reaches their maximum pay grade (8b), the city contributes $400 per year and this money accumlates at 5% interest. This is called the Annuity Savings Accumulation Fund (ASAF). After 20 years a teacher can expect to have nearly $8,000 in the ASAF and is used to supplement the pension through an annuity.

All of the above were obtained by hard-won union negotiations and protected (pensions & disability) by the New York State constitution that does not allow reductions for existing employees. However, this has not hampered Kleinberg from trying to reduce pension costs in the New York City School System. How are they doing it? Let's see how.

First, the Kleinberg policy of recruiting teachers over the retention of existing teachers. The recruiting of teachers is the top priority of the administration. It doesn't matter that many of the teachers come from alternate certification programs like the Teaching Fellows and Teach For America and that DOE recruits out of the country to fill other positions. Kleinberg gives a bonus, loan forgivness, and rent payments for up to two years. Further, the DOE, for the first time, allowed schools to hire new teachers rather than first hire from the excessed teacher pool. Since 50% of the new teachers quit by their third year that means many of the newbies will never benefit from the pension plan. The unfortunate part of this is my union's aiding and abetting Kleinberg in their recruitment over the retention policy.

Second, the increased work day eliminated many per session jobs, which are pensionable, especially in the elementary schools. By using the 37.5 minutes at the end of the day, many after school programs were eliminated. More importantly, night school was also eliminated. Many of the more senior teachers use night school to increase their pensions. Therefore, by eliminating night schools, they are reducing pension expenses. Further, the lower budgets for many schools mean no paid tutoring programs, which is a per session activity.

Third, many of the ATR's are experienced teachers who were excessed due to the closing down of large schools or from schools that had budget cuts. Since the DOE allowed the small schools to hire the new teachers, they did not have to take many of the teachers excessed from the schools. While these ATR's are protected by the union contract, it is very obvious that Kleinberg will want a time limit for them in the next contract. In other words, if you are an ATR for 18 months then you will be fired. The more ATR's fired, the less the pension cost.

Finally, the Kleinberg policy to privatize the school system, such as Charter Schools means that more teachers will not have union or pension protection thereby, reducing costs to the City.


What's next? Well, there are rumors that summer school will be privatized, meaning reduced pension costs and of course the administration's attempt to fire the ATR's in the next contract.
Regardless, look for the City to propose a new pension tier for the new teacher. Tier V it will be called and however it will be constructed, it will save the City money and reduce the pensions for the new teachers. An inferior pension indeed!
Posted by Chaz at 6:26 PM

Shutting night school as an attack on pensions? That's a real stretch.

The ATR mess and housing incentives as an attack on salary costs?

Sorry, I am not buying.

Their long term target is our contract, not our money. They have shown that they are willing to pay more to make us weaker.

(and if they weaken the contract, then they can go after pensions and health).

Your description, is that Tier IV?

Thanks very much for you explanation about how pensions are calculated. I had no idea.

And their long term targets are both our contract and our money. For over 30 years NYC politicians have shown a pronounced preference for anything and everything they can get on the cheap. Short-term employees are indeed a bargain, and the city has little incentive to push for retention.

Unfortunately, the self-serving patronage employees who run our union are utterly bereft of vision and foresight, and Bloomberg and Klein have played them like a fiddle.

They've already weakened our contract, quite considerably, with the express approval of our leadership.

I think you are naive if you can't connect the dots here. While individually none of the items I cited consitute an attack on our pensions; However, when you put them all together you see how the DOE emphasis on recruitment over retention, the reduction in per session jobs, and privatizing the school system will result in less pension costs. You are a Math teacher, figure it out for yourself.

I believe you need to see the big picture here. Yes, Kleinberg wants to weaken the contract and they know that beyond 18 months & 6% (DC37 contract)they want givebacks. The UFT will not submit to any significant givebacks. Therefore, the DOE has decided to work along the edges of our benefits, including our pension, the attack on our pensions is real and ongoing.

Yes, I was talking about Tier IV since many Tier III teachers convert to Tier IV due to the social security offset.

I never thought of pensions this way, but I see your point. I guess I don't think like a devious businessman.

I think you have the right issues, with the wrong immediate target.

You are right about picking along the edges and the privatization. Privatization doesn't necessarily save them money, but it does necessarily hurt us.

It is important to understand what is happening to us. The attacks are primarily political, about control, about 'flexibility' (read, 'weakening work rules and contractual protections). The current attacks are not primarily on pay and pension. That doesn't mean that this won't change.

Certainly there are some teachers who feel the monetary issues more. I would assume that they are mostly near retirement. Pensionability of per session, that only counts in your last three years.

Anyhow, the political note is not out of place. They have bargained quite a bit more, and successfully, to reduce our rights (and weaken the union) then they have to reduce our pay (which they have only done indirectly, so far).

The previous contract, the one that made voluntary lunch duty with a reduced SBO vote possible (remember that one?), the first one to extend our day, that included a pay increase. 19% if you include the time for money swap. Not a real raise, but definitely more money.

They got to boss us around a little more, they got to control more of our time, for more money.

When they revised that damned 100 minutes the (second? third?) time, and they wanted to allow schools to vote to knock off all the time with 2 days in August (remember that?), that was about 'flexibility' iow breaking down work rules. (That was voted on at the DA).

These are control issues. ATR's? They are taking aim at no-layoffs. Open market? Seniority. Suspensions without pay? Due process. Letter in File? Any question?

Lead teachers? That's a blow for management flexibility, not against our salaries. Open market? That should be clear? 6R? Entirely about control/flexibility.

And they are doing so with the full blessing of our leadership, which hyped that contract to the hilt.

And they did not, in fact, bargain. Unity, knowing full well that it endorsed pattern bargaining, and that the pattern was 4% for three years, went to PERB and let them do whatever they wished.

Perhaps you've forgotten the many zeroes we took to get the things they casually tossed in the trash. The fact is, though, receiving less than cost of living for more time and more work is not tantamount to a raise.

In fact, it's a little less money for a lot more work, and much of it markedly less than practical.

I agree with you that Kleinberg's emphasis is political and to break the union piece by piece. However, the pension issue is a real issue and a side benefit for the administration's short and long-term plan.

We really agree, it's just that I work with many senior teachers within five years of retirement who lost night school and per session tutoring jobs. Therefore, I may be more sensitive than you about the pension issue.