What I Would Like The Union To Work On For 2009 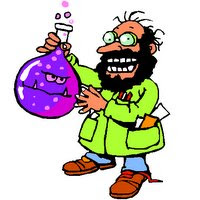 We all have New Year's resolutions. Some are kept, some are wishful thinking. Here are the ones I would like the union to try to keep. I have found that our current union leaders have been unresponsive to the rank and file and have abandoned the reassigned teacher. Further, their lack of democratic transparency has resulted in secret agreements with the DOE that either had no input from or went against the wishes of the teachers affected by the agreement. Examples of this are the 2005 contract, the rubber room and ATR agreements. However, here is what I would like the union to do for the teachers in 2009.
The bottom line is it is time for the union to fight for our due process rights and a safe environment in the classroom for the teacher.
Posted by Chaz at 10:28 AM

Well, you won't get any argument from me. But Ms. Weingarten's very public stance in DC,that everything's on the table except tenure, coupled with her unwavering support for a charter school boss that offers neither tenure nor seniority rights, does not strongly suggest she shares your position.

This, of course, is not to mention her unwillingness to oppose mayoral control, or even Joel Klein as a possible Secretary of Ed. It appears Ms. Weingarten is precisely what anti-teacher, anti-tenure, anti-labor Rod Paige fancies her--a new kind of union leader who doesn't particularly worry about working conditions for those she ostensibly represents.

I can dream can't I?

Of course you can. I apologize for raining on your parade.

No one dreams anymore in the UFT. They just have nightmares.

there is only one way to have a strong union, bring back Albert Shanker from the dead; if not the union will continue what it is--DEAD.