What Are Mayor Bloomberg's Real Reasons Not To Use The Federal Money In This School Year. 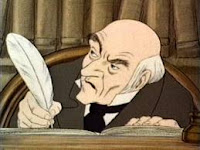 Now that Mayor Bloomberg has stated that he does not intend to use the federal money until the 2011 - 2012 school year. The question is why? Shouldn't he be using the money to replace the 2,000 teachers who have left the system as was intended? Instead he is allowing class sizes to increase. In addition, an additional 18,000 students are expected into the school system meaning even higher class sizes and more overcrowding. The Mayor claimed in a Town Hall meeting in Forest Hills that he does not want to release the funds to the schools because he might have to layoff the teachers next years if the City's economic recovery does not materialize. What hypocrisy! You take the 206 million dollars from the federal government and hire the 2,000 teachers needed to replace the teachers that left the system as well as additional teachers to adequately service the influx of students coming into the NYC Public Schools. That is why Congress passed the edujobs bill. Instead he refuses to use the Federal money as intended, why? Well here are some possible answers.

City Budget Shenanigans:
First, Michael Bloomberg's actions appear reminiscent to what our previous Mayor , Rudolph Gulliani did. He would wait to see how much State & Federal fund increases he would get for the New York City Schools and reduce the City school budget by a corresponding amount. Since the City already has completed their budget for the 2010-2011 school year. The use of the increased federal money would give the New York City Schools a windfall (as intended) since the City could not reduce the already approved school budget. By delaying the use of the Federal funds to the 2011-2012 school year he can adjust next year's porpoised budget by reducing the City's contribution for the New York City Schools.

Teacher Hiring & Salaries:
Second, the Federal funds can be used both to hire teachers and to pay for salary increases. This could be a major reason for Mayor Bloomberg not allocating the money this year. Since the Teachers contract negotiations are now frozen and being overseen by a PERB mediator, the influx of Federal money would weaken the City's case of salary freezes for the teachers. Furthermore, by freezing hiring of teachers, the City can show that the financial situation in the City is bleak and they cannot afford raises to existing teachers. Therefore, the 2,000 teachers lost to attrition will not be replaced even when this will cause an increase in already large class sizes.

Politics:
Third, there is little doubt that New York City politics plays a major role here. It is very obvious that both the Mayor and Chancellor wants to see more Charter Schools (preferably non-union), little outside input, and top down unaccountable management Furthermore, they want unquestioned control of the Federal funds without any oversight. Therefore, the attack om teacher seniority and tenure and their continued ignoring of parent concerns.

What does Mayor Bloomberg want? Total control of the New York City Schools and if that means hurting the children, so be it. It is "children last" for Mayor Bloomberg's and Chancellor Klein's priorities when it comes to education. Please read Leonie Hamison's article to see the hypocrites from a parent's perspective.
Posted by Chaz at 6:40 PM

In other words I will nor get hired for a second year in a row because of Bloomberg.

I said this last year and I'll say it again: The UFT should have endorsed Thompson when it had the chance.

Bloomberg's re-re-election has cost the teachers their jobs, students their education, and the constant disenfranchising of the parents in the community.

The UFT leadership couldn't support Thompson, they needed a "seat at the table". That teachers were the ones being served on this table, made no mind to them.

UFT leadership - Out of the classroom, out of touch.

I totally agree with you.

Stay with it. I'm sure they will lift the hiring freeze soon. Remember, Klein wants "newbie" teachers who are cheap.