The Family Is The Most Important Factor In Student Academic Achievement. However, Don’t Tell That To Chancellor Joel Klein & His Ed Deformer Comrades 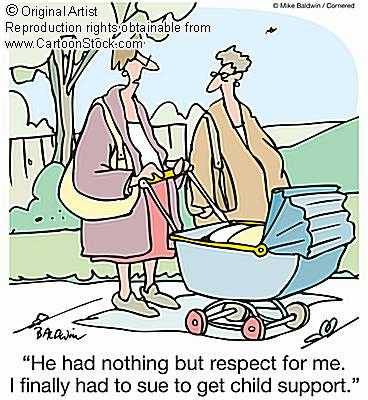 Chancellor Joel Klein and his ed deformer comrades in the “blame the teacher” crowd. Ignores what social scientists and many studies show that the family is the most important factor in determining student academic achievement. Time and again the Chancellor and his ed deformer comrades claim that a quality teacher is the most important factor in narrowing the racial/income student achievement gap. However, the 2010 New York State test results put an end to Mayor Bloomberg’s & Chancellor Joel Klein’s claims that they have narrowed the achievement gap. In fact, the data showed that the racial/income achievement gap has remained unchanged since 2002, the beginning of the Bloomberg Administration.

People who understand the City demographics could probably have yelled “I told you so” when the academic improvement evaporated with the revised State testing results. It is estimated that 33% of the NYC student population has no fathers living in their household (you can add a few percentage points to a lack of a mother in the household as well). When children are brought up in a single parent household, they have many disadvantages. These disadvantages are very obvious ranging from families having financial problems, lack of discipline, limited quality time, loss of control, and most of all, lacking a strong role model, be it male or female. Yes, how many times have I seen an athlete praise their mother on their becoming a man. Unfortunately, this is the exception to the rule in many cases. For example, the lack of a strong male role model is a serious problem as children grow up. Many studies have shown that the lack of a male role model affects both boys and girls. The boys learn that fathering children without learning the responsibility of supporting them leads these males into similar behaviors. While girls who have no father just want to latch on to any male that shows interest in them since they have no way to compare them with their non-existent father. Deans in schools can tell you that the majority of the students they deal with are from single parent or even no-parent homes.

How many students from single parent households are in Stuyvesant, Bronx High School of Science, Brooklyn Tech, etc? I bet it is below 10% of the school’s student population. Furthermore, how many homeless are in these schools? One or two? Probably not too many more. This is proof positive that any unstable family situation is a key factor in student academic achievement. Many single parent households, especially in the poorer neighborhoods of the City, have just such unstable family issues. By contrast, look at the families that have a long history of academic encouragement that produce the top students. For example Jewish and East Asian families have a long tradition in emphasizing education and besides having a two parent household; they are usually involved in their child’s academic life. Is it any wonder that each group has a much higher percentage of students at specialized schools then their demographics would suggest?

Chancellor Joel Klein and his ed deformer comrades can claim “it’s the teacher’s fault” when the students fail to narrow the racial/income academic achievement gap but the real truth is the lack of fathers and overwhelmed mothers who just do not have the time or money to help their children academically as the family struggles to make ends meet.

If you have an expirience with making graphic to web on-line shop please let me know.
I'm looking for somebady hwo can create and implement graphics to on-line shop.
My sites are:

In the corporatocracy, reality is conditional to the edicts of the CEO.

klein couldn't teach a class of kids. he has little experience with kids. he expects all children to be like his own middle class kids and he hasn't an understanding of urban life. he lives in a sheltered world from bronx science to columbia. what a waste he is for our kids.... to leave education to him. if only our parents and teachers wised up!

And how about adding some more images? I don’t want to offend anyone, site is really nice. But as I’ve heard visitors acquire info much more efficient if there are certain useful images.

Pretty cool blog you've got here. Thank you for it. I like such topics and anything that is connected to them. I definitely want to read more soon.