Tsk, Tsk, Principals Are Upset That There Are No “Rubber Rooms” To Send Teachers They Don’t Want Or Like Out Of Their Schools And Must Still Pay Them. 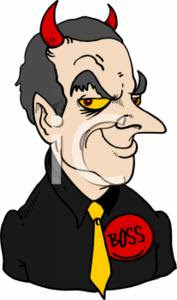 One of the most important aspect of the April 15th 2010 “rubber room agreement” was the DOE commitment to keep teachers in schools while awaiting disciplinary 3020-a hearings. Before some of you tell me that I was against the “rubber room agreement”. I should remind you that I thought the agreement was the right thing to do. I questioned the potential lack of enforceability if Tweed reneges on parts of the agreement and of course I have been proven right. However, one of the main reasons to close the “rubber rooms” was to make it more difficult for principals to remove teachers and kick them off their budget and that has in fact happened.

A Chapter Leader contacted me with a story about his “Leadership Academy Principal” complaining to him about his failure to remove two teachers he wanted out on trumped up charges of corporal punishment and was told by the DOE to reassign the teachers in the school. The DOE official told the Principal that unless it is criminal in nature he was to keep the teachers whom were already removed from the classroom and place them in an Administrative setting in the school. Wait to he finds out that there is no sixty day rule since the teacher reassignment is in the school and that only goes for reassignments outside the school.

The closing of the “rubber rooms” had many advantages to both the City and the UFT. However, the reason that Tweed objected to the closing down of the “rubber rooms” was that Joel Klein encouraged the principals to remove teachers from their schools for the most frivolous of reasons and jettison their salary after sixty days. This fell in line with the Chancellor’s temporary and replaceable teaching staff in his “education on the cheap” policy. If it wasn’t for the recession and the hiring freeze imposed by the City, we would not be talking about the agreement today. The result of the agreement was that principals could no longer dump teachers they did not like or want and warehouse them out of the school. Furthermore, the principal could no longer remove the teacher from the school’s budget after sixty days since the teacher was left in the school to await their charges and go through their 3020-a hearings. This has in fact been happening as few, if any, teachers have been sent to DOE offices or the CFN’s to do work. Instead they are being left in the school, out of the classroom and still interact with the school staff. This has made the principals uncomfortable and it doesn’t help that they must pay the teacher’s salary until the entire 3020-a process is complete, which from beginning to end can take a minimum of six months even under the best of circumstances. Furthermore, it is quite possible if the reassigned teacher is in the school and goes through the 3020-a hearings and is not terminated (80% are not), the teacher may be placed back into his or her position whether the Principal likes it or not. However, time will tell if that is what will actually happen.

Finally, many of the DOE offices have used reassigned teachers for years to do jobs that they have no manpower to do because of previous budget cuts which disproportionally affected the regional and district offices as Tweed actually increased their headcount. The graph by Gotham Schools shows it best Here.With even more budget cuts coming, the need for reassigned teachers is that much greater. Especially, as the remaining reassigned teachers whom work in those locations go back to schools as ATRs, there are no free replacements to do the ever increasing volume of work that the reassigned teachers were doing.

Finally, with principals unable to pull teachers out of the school at their leisure, it should reduce reassignments and stabilize the teaching profession. There are now financial consequences for principals who reassign teachers not just the collateral damage they do the children when their teacher is removed but to the school’s budget as they must hire a substitute to run the reassigned teacher’s classes while having the teacher on the school’s budget.

Labels: 3020-a process, education on the cheap

With Klein, the former prosecutor, leaving the scene, Bloomberg has lost the interest in the rubber room scheme and probably will not amount a fresh large scale warehousing of teachers. I do not believe any former or future chancellors will surpass the skills possessed by Klein to round up large number of undesirable teachers by BloomKlein projected final solution.
I seriously doubt Black is someone who will reinstitute the rubber room as it has been for last 4,5 years.

I hope you are right about classroom teachers being more protected from frivolous accusations. However, for teachers who were already reassigned, things are still very difficult.

After the current Black fiasco, they should have a place for her in a real rubber room. She appears at the breaking point by all the attention. Proves she would not last one day in a classroom of her product!!!

Chaz, I hope this is true. Its about time that some power wa taken away from the principals. More important, if it is true, why hasn't our union told us about the new reassignment policy?