Will There Be An ATR Time Limit In The Future? It Would Appear Not If The Union Stands Their Ground. 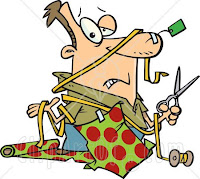 There are widespread rumors circulating through the schools that the next contract will include an ATR time limit as the major “giveback” in the next contract. It appears the rumors originated from school Administrators who heard it from clueless DOE administrators at the local Children First Networks. Fortunately, it is only “wishful thinking” as the ATR time limit is one of the three areas where the union refuses to negotiate with the Bloomberg/Klein Administration on. The other two being seniority during layoffs and tenure protections. While it is true that the Bloomberg/Klein Administration has proposed an ATR time limit in their contract proposals to PERB. It is highly unlikely that the PERB Arbitrators will include it in any tentative contract without the approval of the union. Remember, the teacher’s contract is the last one subject to the old “City pattern” and if the union shows intestinal fortitude, PERB will have little choice to agree with the union that the “City pattern” be followed, with some massaging along the margins. For the Bloomberg Administration not to accede to the “City pattern” puts the City at risk to be slammed in the next contract by the woefully underpaid police who’s union then can claim that the City abandon the “City pattern” and they should be paid a salary consistent with the surrounding communities. This would have a negative effect on the City finances as all the uniformed services have a “me too clause” and would cost the Bloomberg Administration millions more than anticipated.

Presently, the union has shown no indication of weakening on the ATR time limit and I don’t expect them to. Especially since in Chicago the opposition faction won the election because of the union agreeing to a 18 month ATR time limit that resulted in quite a number of teachers being removed from payroll, many due to age and salary. Furthermore, the ATR crises was the sole creation of Chancellor Joel Klein who (with Randi Weingarten’s agreement} eliminated the excessing requirements that required a district to hire excessed teachers before new teachers could be hired in a subject area. Finally, the history of Chancellor Joel Klein’s DOE is to come to an agreement with the union only to either renege or ignore the parts of the agreement that Tweed does not like or find inconvenient. To believe they will suddenly change their way of thinking is beyond belief.

The economic and financial pressures on the DOE and the increasing transparency on how the DOE spends its money will force Tweed to pressure the Principals to hire the ATRs and for our union to acquiesce to an ATR time limit would be like “snatching defeat out of the jaws of victory”.

As long as our union stays strong, the ATRs will eventually find themselves in the classroom and teaching the children they care about.

ps. If you are an ATR and want to know how the expiring ATR agreement with Tweed affects you. Under Assault provided the following information.

ATR AGREEMENT TO EXPIRE, BUT NOT ALL OF IT

There was some talk in here about what happens when the ATR agreement ends, but payment arrangements for the ATR salaries will continue. The Nov.2008 side agreement:

12: This agreement will expire on December 1, 2010 although paragraphs 4, 5 & 6 will continue to apply to hiring done on or prior to that date, according to the specific terms set forth above.

5. Until November 15, 2010 a school that hires a centrally-funded ATR to fill a regular position (other than a school from which the ATR was excessed) on or after November 1st of the calendar year in which they were excessed, in addition to being charged in accordance with ¶4 above, central DOE will credit the hiring school's budget one-half of the starting teacher salary that would otherwise be paid by the school under 4 above.

All the little rumors about forcing ATRs to report to sites for interviews in order to fill vacancies in their license areas show that Tweed and the DoE are unable to shed these 'useless' ATR, while their own chosen principals game the DOE while using the ATRs as free and experienced labor.

I say, good for them in their pathetic attempts of circumventing what is the law. I say, let them go and figure out what to do with all the ATRs that will be created when these 47-9 schools are put in the chopping block. That will be a logistical nightmare, having to shuttle students and teachers to their newly designed "failing school." Let the fat cats in the DoE offices figure this nightmare out.

I hope you're right, Chaz.

The fat cats at the DoE and the fat pigs at the UFT have already figured this one out.

Make no mistake, the ATRs will have an expiration date. There is no problem once you shut out the experienced teachers. In fact, they are doing it right now.

Most of the ATR's are senior teachers. Bozo the Klein shut down their schoools instead of helping them.

Bloomberg has left a horrific legacy of the destruction of New York City schools.

The reign of terror coupled with tremendous budget cuts has done a remarkable job.

The system has become enhanced daycare at a youth day incarceration center.

Nothing in the way of textbooks is given to kids who deserve at least that.

The classrooms are in u shape to enhance cheating and disruptive behaviour.

The overseers/martinets stalk the classrooms looking for portfolios and lesson plans while ignoring the fact that the halls are dangerous and the kids don't give a shit.

This is the end of the future.
Ten years from now these people who can't think, are going to be in charge.

Hope you're right, but I side with Angry Nog. In our modern times, the oligarchs and their interests get their way in the end. ESPECIALLY in a near depression. The Press has been corrupted, so it will be easier to screw the teachers AND the cops through the media. Austerity measures have not even begun across the board. In our modern times, labor comes cheap. I don't think the old rules apply. What was once straight logic is now a quaint fairy tale. The world doesn't work that way any more. I think PERB will recommend that ATRs should be given a time limit, with Bloomberg hoping to lose 1,000 top salaried teachers. Now, they might have a solid law suit after this happens, but I don't think Bloomberg cares, since it's not his money. The main goal is to purge the old guard forever. I only hope that I'm a bitter sceptic here.

I, too, hope you're right, but on the "snatching defeat from the jaws of victory" front, don't forget the the co-location deal the union did with the OEe after it had won an injunction against the school closings.

Gosh, I must be the sole optimist here but at the same time, I am simply thinking that the Union as an amorphous entity made up of individuals is much like a living being, whose sole and ultimate interest is that of self preservation. If the Union decides to give away those three rights, than what would be the point of it collecting dues or existing, especially if they have no services to provide its dues paying members?

I truly hope that those who are in the top echelons of the Union realize that...but then, it only takes a few top rung people to be corrupted to bring the entire enterprise down.

To corrupt a few is always a within the realm of possibility.

Teachers represent only a fraction of those that the UFT is milking for dues.
We are no longer a factor. It should be named the United Federation of Everything Else but Teachers.

Chaz tends to be an optomist but he may be right because of the Chicago union election made the UFT leadership take notice.

With many more schools closing and teachers being excerssed almost all highly salaried teachers would be at risk of losing their jobs if there were an ATR time limit.

Appreciation you for the sage critique. I and my neighbour had been well-founded preparing to do some review close to this one. We got a seize a soft-cover from our restricted library, but i handle I discovered additional from this set up. I'm quite ready and willing to conjure up such wonderful facts becoming shared cleanly available.

Thanks for making my morning a little bit better with this great article!!