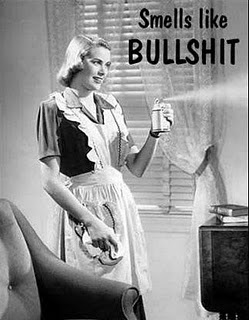 In a select number of schools online courses are being used as a method to increase graduation rates. Some online courses are almost, but not quite as difficult, to pass as the actual classroom. Even in the more legitimate courses, the student can take the test up to five times before they cannot receive credit for the course. However, in many cases the online work can be done at home and there is no way to oversee if the student is actually doing the work or getting somebody else to do it for them.

Over the years the DOE has quietly allowed schools to give up to ten credits for foreign born students who’s native language is other than English. However, the criteria used seems to have been ignored as one school in particular gave up to twelve “life skills credits” to all students who came from another country, even English speaking ones like Jamaica and Guyana. Furthermore, no real effort was made to make sure these students actually attended school full-time in their native countries.

There has been increased pressure on Principals to improve their school grade and receive bonuses and one of the ways is to either pressure teachers in changing student grades or do it themselves. With Tweed looking the other way when some Principals have been caught doing it, more Principals are tempted to take the easy way out and do it also. Even when they are caught, the DOE appears to do nothing about it.

Finally, many Administrators will manipulate the dropout rates to make it seem that students who dropped out were never really at the school in the first place or transferred to another school. This practice intensified as principals were judged on their graduation rates. The lower the dropout rate, the higher the graduation rate.

Real academic achievement should be the goal not phony and artificially inflated graduation rates which has been the trademark of the Bloomberg/Klein Administration. I can only say to those clueless non-educators who trumpet the graduation rates, "BULLSHIT"!

Amen to that. These are the kind of outrages that the media should be focusing on. They are one point to focus on in changing the direction of the debate.

Chaz, you did it again. Everybody knows the graduation rates are a sham. It takes a blog like yours to articulate why it is so. Why does the media accept the Bloomberg propoganda of educational improvements when there aren't any?

Cyndi Adams in yesterdays Post claims that Bloomberg may be interested in buying ABC News. If that happens you aint seen nothin yet. BS will be coast to coast.