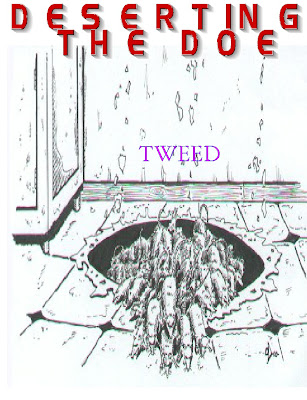 Now that the Bloomberg Administration has taken over full control of the DOE finances, some of the Tweedies pet projects are no longer protected by Joel Klein and Bloomberg's puppet, the unqualified Cathie Black is in no position to object. The latest to leave Tweed is Joel Rose, the founder of the School of One who obviously saw the handwriting on the wall when the Bloomberg Administration froze expanding the program. Despite the IBO budget projections that show increases in the Administrative budget and an increase in consultant services it is quite obvious that there will be freezes and even significant cuts once the teacher layoffs are off the table when Bloomberg finally gives up trying to knock out LIFO. His departure follows others Here, Here, and Here since Joel Klein's forced resignation.

Since the Bloomberg Administration still wants education cuts and will not layoff the "newbie teachers" look for these cuts to come from Tweed. Already Bloomberg officials are embarrassed that the IBO projected a 10% increase in the Central Bureaucracy at the DOE just when the Governor stated that before there are teacher layoffs, the school districts must eliminate Administrative bloat .he Governor's quote was: "This is not about a teacher in a classroom," Cuomo continued. "This is about less bureaucracy." The DOE instead of following the Governor's directive, has actually done the opposite and increased the Administrative costs. Just unbelievable.

Furthermore, the DOE has apparently violated Civil Service Law by pushing Parent Coordinators to sign up parents to support the end of LIFO. The Chief reported that Tweedie, Jaclyn Berryman in the Office For Family Information And Action, sent copies of the petition to 385 Parent Coordinators. According to UFT President Michael Mulgrew, the union contact the Special Commissioner of Investigations (SCI) to investigate the case, I won't hold my breath on what SCI finds and what Tweed does about it even if SCI does a fair and unbiased investigation and finds misconduct.

I look for the continuous trickle of high level Administrators leaving Tweed to turn into a flood as drastic cuts to their pet programs will be on the Bloomberg chopping block once teacher layoffs are off the table. and these rats will be evacuating the sinking ship called Tweed. Good riddance. Let them do damage to other school districts, we have had enough of their ideas that don't seem to translate into real student learning.
Posted by Chaz at 11:15 AM

Chaz,
I was informed by a colleague that you get paid to do this blog or that you make money off this blog. Is this true?

Do you see any ads on this blog? To make money you need to have ads advertising their product.

As for your colleague, that person is either ignorant or is deliberately giving you false information and cannot be trusted.