Why Schools Fail. The Answer Is The "Broken Window" Theory. 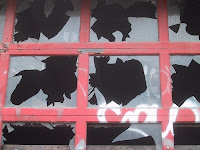 Under the Bloomberg Administration approximately 115 schools have closed down with more expected to close in the next few years. The Mayor is well on his way to destroy the remnants of the large comprehensive high schools and claim victory as the many students suffer with limited choices of classes and extracurricular activities in the small and charter schools that replaced them, and worse of all, his failure to improve the career and college readiness of the students of the City.

The question is why did so many of these schools fail and close? The answer rests squarely at the door of the DOE and their student discipline policy that allows principals to dictate to the staff the "do's and dont's" on how they can discipline unruly and disruptive students. In many schools the principals put up roadblocks for teachers to effectively discipline students who also fear that any altercation with a student could result in the teacher being disciplined and subject to a 3020-a termination hearing. According to the Tweed Taliban, any teacher who tries to discipline a child can by accused of "corporal punishment or verbal abuse" and many a teacher have been brought up on these charges by a student or an Administrator. Therefore, teachers are reluctant and fearful in trying to discipline a student since it could cost them their job. The result is academic child abuse as these unruly students disrupt the classroom with their behaviors.

The failure of a school to handle student discipline problems can only cause a deterioration of the academic environment . Just like a community, if the community allows the "little things" to go unchallenged, like public drinking, smoking weed, urinating in public, or sidewalk gambling, the neighborhood deteriorates and crime increases as many families keep their small children inside. This is known as the "broken window theory" which states that if windows are broken and not repaired, the surrounding neighborhood deteriorates as people give up maintaining their homes and community, which in turn, attracts an unfriendly and undesirable element to the neighborhood which further worsens the problems associated with the deterioration.

Back to the schools, many of the large comprehensive schools were targeted by the Bloomberg Administration by steering many students with behavioral issues to these schools. The principals of these schools, rather than nip any problems in the bud by suspensions, or even arrests when necessary, looked the other way least they land on the State's "most dangerous schools list". In the more extreme cases a school like Hillcrest hardly ever reports incidents and were rewarded by the DOE as a "safe school" which is a subject of ridicule by the staff at that school. The principals developed a ladder of referral that requires Administrative intervention only when a student threatened a teacher with physical harm, throws furniture, or has a weapon. In all other cases, the teacher is required to handle the problem, at their own peril.
The result is that students walk the halls, show up to class late, curse at the teacher, or use their cellphones to text message their friend rather than doing their work. The result is that the other students see little consequence to misbehavior and just like a "broken window" that does not get fixed, they too start to lose academic focus. This finally shows up in the academic achievement of the school and a target for the Bloomberg Administration to add to the number of closing schools.

In summary if a window breaks, you promptly fix it to keep the neighborhood from deteriorating. The same goes for a school, if the Administration fails to enforce student discipline and dumps responsibility but not the authority on the teachers, you can expect a deterioration of the academic environment of the school and target the school for closure.
Posted by Chaz at 9:55 AM

When I first started teaching, our principal was proud of the fact that our school had the most suspensions of any school in the borough.
He said that this meant that we were actually disciplining students, and creating a betteer academic climate.
I felt proud to be teaching there.
Fast forward to a new principal last term, when a student that I caught red-handed commiting a crime that should have been reported to the police, even got his suspension recinded, because his mother came down and complained.
As I got written up twice for not having control of my class, allowing the student to commit the crime, I was told that if they reported the crime to the police, the school would be in danger of being closed.
I realized that I was in a no-win situation- if I reported a student, I'd get written up; if I didn't report a crime, the students would keep doing it, because they knew they could get away with it, and I'd eventually get an ineffective rating, because the kids wouldn't behave anymore, so I quit.
As it turned out, the school is closing anyway, and the principal is being replaced.
What a joke...

The students in my school curse at teachers constantly, walk into classes late, and take out their cell phones whenever they feel like it. If I spent the amount of time that it would really take to stop these incidents I would never get around to teaching anything. My school thankfully does support its teachers and punish the students but because we are a small school there is no where else for the students to go and they are back in my class raising hell for another day. Why is it my fault that a student refuses to do any work and only comes to class to disrupt everyone else. If I wanted to police people I would have been a cop and if I wanted to deal with babies I would run a day care center. That is all I am anyway as a high school teacher - a glorified babysitter and cop. It used to be fun - it isn't anymore.

Chaz
We should not automatically accept the DOE's branding a school as a failure. Many schools should not have been closed and were not in fact failing schools by rational definitions. What you describe is a failure of leadership.

I think school fail for socio-economic reasons and it is cheaper to throw a couple of billion on "development", "data analysis" and "professional development" than it is put a dent into the actual solving of poverty.

I agree with Ed Notes statement the crux is the corrupt leadership from tweed to the deed of the Principals and AP's. The school I was excessed from had the chronic illness of the broken window syndrome. The last year there my physical safety was threatened several times and I was assaulted by a high school student from a co located school. The level of administrative bullying and intimidation fell on the deaf ears of the new chapter leader.