The New York Post Publishes DOE Generated Suspect Data And Claims That The City Did Better Then They Really Did. The Real Numbers Are Very Different. 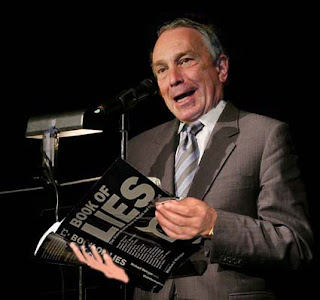 I was shocked to see that the New York Post incorrectly published the student graduation rate and got it all wrong.  While all other media outlets claimed that the City students scores were either the same or lower for 2011, the New York Post praised the Mayor's education policy by publishing misleading data generated by the DOE and which were not accepted by any reasonable educator;  I guess this is just another case of the New York Post who will invent or use numbers inappropriately to prove their point even when they are wrong.  The paper delivered to my school said the following.

In the article they incorrectly used the wrong data to prove their case that the Bloomberg Administration's education policy was working.  To prove their point here is what they used as data.

The data can be found in the NYS student progress report found here. Or in my previous post.

Once again, the DOE publishes suspect data that makes it seem that the failed education policy of the Bloomberg Administration is working when the actual statistics from, the State shows a very different conclusion of  failure to close the academic achievement gap, a reduction in graduation and college readiness rates and a drop in black graduation rates.
Posted by Chaz at 4:54 PM

Chaz, another great post. You give more information about the Bloomberg/Walcott spin machine then our union does. Keep up the good work.

Thanks for the complement.

I think you mean "compliment"