DOE CEO John Shea Once Again Is Accused Of Sexual Misconduct And The DOE Does Nothing About It. 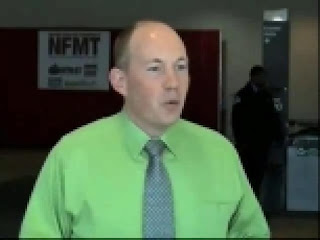 In another case of the hypocrisy at Tweed, a second women has filed a federal lawsuit of sexual harassment against DOE top Manager John Shea for making highly inappropriate sexual remarks and showing her pictures of him in a skimpy bathing suit and putting the picture close to her face.  Yet the DOE ignores the hostile "frat boy" atmosphere that rules under Mr. Shea and makes females uncomfortable and leaves Mr. Shea in his $182,000 position. Yes, this is the same hypocritical DOE who removes teachers, tries to suspend them without pay, and files 3020-a charges to terminate them on the mere unfounded suggestion of sexual misconduct.  Yet when it comes to one of their top managers it is "innocent until proven guilty" and even if  guilty, it is
"boys will be boys". 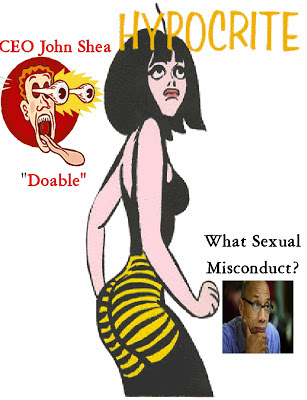 Previously John Shea was accused by another female employee that he commented on their bodies and rated them as "doable" if he wanted to have sexual intercourse with them. In 2011, Shea described one DOE attorney as “hot” and declared that he “would do her,” the complaint states.   As for those female employees who don't measure up?  Especially those with tummy fat?  They shouldn't  be allowed to wear women's clothes that revel their "muffin tops". How disgusting.  Now there are two federal lawsuits dealing, in part, with sexual harassment with John Shea prominently named in both lawsuits.  What hypocrisy by the DOE when they profess "zero tolerance" for any innocent action that somebody might find it to be sexual in nature when it comes to school staff but ignore their own rules when a top manger commits sexual misconduct.

The hypocrites at the DOE should be ashamed of themselves for their blatant "double standard" in the John Shea sexual harassment federal  lawsuits.  Chancellor Walcott, what John Shea did is sexual misconduct, why don't you fire him?
Posted by Chaz at 7:25 PM

THE PEOPLE CALL FOR THE IMMEDIATE TERMINATION OF THIS DOE SCUMBAG.

I just love your pictures that you create

By the way your posts are just as good.

John Shea should replace Dennis Wallcott. He would make a perfect chancellor for the board of discrimination

funny-- that there is another John Shea-- with Marks and Harrison-- in Richmond, Va-- who has many of the same-- problems relating with his female employees and associates-- look up the civil cases against him-- and find he always pays of-- rather well-- to keep from going to judgement in a civil court---