The Chancellor's Tenure Has Been A Failure As He Refuses To Remove Managers And Administrators Who Commit Serious Misconduct. 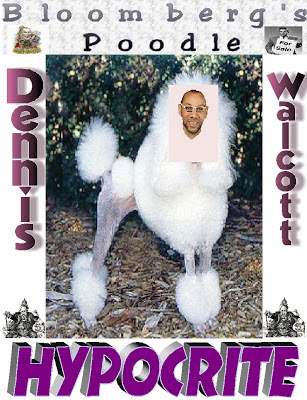 CEO John Shea:  there are two federal lawsuits claiming he oversaw or participated in sexual harassment of female employees and allegedly underpaid them. The accusation is that he ran a "frat boy" organization and yet the Chancellor refuses to remove Mr. Shea.

Principal Linda Hill: She has been accused of misappropriating $40,000 in school funds and "double dipping" by being in two places at once. She has also been accused of not clocking in on her per session time card and hand writing the times herself.  She has also looked the other way when it comes to her Assistant Principal committed "corporal punishment". Yet the Chancellor has closed his eyes to the alleged misconduct by Principal Linda Hill and her administrative cronies.

Ex-Principal John Chase Jr: This Principal was eventually demoted to an Assistant Principal after OEO found him guilty to the charges against him under Chancellor's regulation A-830 of sexual harassment against female employees.  Furthermore, he apparently tried to solicit a relationship with a 15 year old girl.  Yet the Chancellor said the following of that disturbing allegation.

Really now!  The Chancellor didn't seem to have the same opinion of teachers, especially the 16 teachers who he pronounced guilty despite the decision of independent arbitrators who found no sexual misconduct.  What a phoney and hypocrite he is.  There are others and you can find them Here

The Chancellor has not only been a failure academically but in ignoring the legal remedies available for administrators and managers who have committed misconduct.  Is it any wonder that we teachers have no faith in the decision making of Chancellor Dennis Walcott.

I think Chase has bounced around. At Wings for a while, and now at Bronx Aerospace (in the Evander Childs building)

That's not a school I'd transfer to.