Bill Gates Is Wrong, The New York City Small Schools Do Not Work. 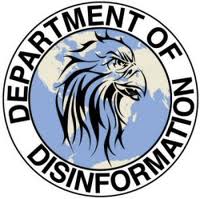 Bill Gates has realized that small schools do not work and wants to spent his billions on other educational initiatives like quality teaching, another murky and unworkable initiative  However, Bill Gates believes that the Bloomberg small schools did find success in New York City.  I guess if you take the DOE disinformation spin at face value you might think the same thing. 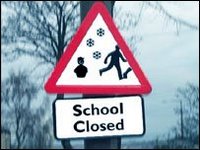 Mr. Epstein brought up the example of the breaking up of Andrew Jackson High School into four small schools called  "Campus Magnet" and it resulted in no improvement in student academic achievement or reduce violence.  In fact, two of the schools are closing and one other has the most "Unsatisfactory" teacher ratings for any other high school staff.in the City!  The result is a large annual urnover of teachers in the school called "Math Science Research Tech Magnet" and an Administration from hell.

Worse, the "career and college readiness" rates for the Bloomberg small schools was a terrible 10.7% compared to an overall high school rate of 20,7% as of 2011.  Moreover, the limited curriculum and lack of extra-curricular activities bring with it a rigid education model that overwhelms the small school intimacy that is the selling point for many of these schools. For other problems and limitations of the Bloomberg small schools you can read my post Here.   .

It is time to put tho rest that the myth that the Bloomberg small schools are a success.  In fact, they are a failure as they lack the amenities, quality teaching, and curriculum flexibility that the large comprehensive schools they replaced offered.

As an ATR I have had the unfortunate opportunity to visit many schools and I can assure you that students in the small schools are being completely shortchanged. No activities - no clubs - no spirt - no experienced teachers - no sports - nothing to give them but a false grandiose name! How can they even apply to college when no college administrators have heard of the Academy of this and that garbage? What a disaster

All you need to know is when you ask the actual kids that go to schools, they want the stuff and the experiences that you get at...OLD FASHION NEIGHBORHOOD schools. So naturally it is "Children Fi...oops, LAST, ALWAYS" with the NYC DOE.

Not only that, but many of them have faced closure under Bloomberg's musical chairs program. Apparently, perpetual chaos is essential to Mayor Bloomberg's educational vision.

My daughter went to a small high school and although it was a very elite one, she did not have the opportunities my son had at a large neighborhood school where there were more electives to choose from, more sport teams, more teachers and more students to be friends with.

Many of the small schools cannot offer after-school PM classes (credit recovery). So students are assigned to on-line learning. Unfortunately, they cannot complete the work because they don't understand the task at hand and what they're learning. So many students don't come back for their on-line learning.

Another by-product of small schools is the lack of necessary services for many, not a few, of the at-risk students, such as having two guidance couselors, not one, or a social worker and a guidance counselor or having more than two secretaries.

Presently, I've heard that the school aides are doing secretarial work, the Parent Coordinator is doing dean's work or picking up the load of the secretaries. The school programmer can be the GC or the attendance teacher. Some of the paras are being assigned paperwork instead of being assigned to a special needs student. It's a mess where everyone has to wear more than 3-4 hats.

Here's another downfall of the small schools. If a student fails a class in the fall, the student has to wait until the following fall term to repeat the class because the course is not offered in the spring. Or the principal will pressure the teacher(s) to pass the student and now he/she is "on track" in accumulating credits.

It's a mess. It's stressful. It does not work! The turnover rate at small schools are high. Give me a large, comprehensive high school anytime of the day.

The administration from hell is an understatement. Im working as an atr in math and science tech right now. They dont have teacher s let alone math sci and tech. The morale is horrible and the kids and teachers alike cant stand Principal Cruz. He is evil and vindictive and pretends to be nice in front of a group. He is nothing more then a dictator. He hired 3 atrs against there will this week alone because of the horrible contract UFT agreed on that gives no choice. He goes after those who speak. Cruz must go!