The nincompoops at the DOE has done it again.  In their ever consuming effort to make sure teachers are incapable to grade their own school's students, they have hurt the very students that they claim to protect.  English Language Learners and Special Education students have been unfairly been put at a disadvantage when it came to the January Regents test.   Schools that have a substantial number of the two groups, including some of the best large comprehensive schools in the City had a double digit reduction in passing rates since last year.  While those idiots at the DOE may claim that the poor showing reflects what happens when teachers objectively review the essays.  However, in reality the facts are very different.

First, the schools with large populations of English Language Learners (ELL) and Special Education Students had their English Regents sent to a different school where many of the teachers were English teachers with no experience in grading English Language Learners or Special Education Students/  Therefore, these teachers graded the paper as if the student was an English speaking student with no IEP.  A very unfair approach and detrimental to the academic achievement to these two groups.  I'm sure the DOE will claim that schools with a majority of one of these groups like Newcomers High School were graded by teachers with experience with English Language Learners.  However, many of the large comprehensive schools do not have majorities in ELL or Special Education students and were graded by English teachers with no or little experience with both groups this put these students at a competitive disadvantage.

Second, The very fact that the student name and school was included on the paper could lead to biased grading, either from a cultural perspective or just jealously between a good school academically and a grader from a school that does not have a good reputation academically. If you don't believe that this does not happen then I have a Bridge in Brooklyn to sell you.  It only takes one biased grader to affect a student's final score and make an otherwise passing grade to a failing grade. If the DOE was competent, they would have eliminated the name and school from the grader's view and simply provide the OSIS #.  Instead the DOE poor judgement put many deserving students in jeopardy to graduate and go to college.

Finally, since the Bloomberg small schools have relatively few ELL and Special Education students since these schools claim they lack the resources of the large comprehensive high schools to service these groups,  the small schools are less affected by the DOE decision to have other teachers grade their students. By contrast, the large comprehensive high schools are penalized and the more ELL and Special Education students, the greater the penalty to the school. 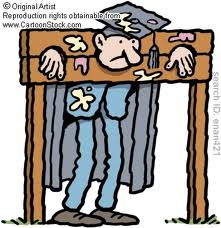 Now with common core being integrated into the curriculum, I can only see more poor results for ELL's and Special Education teachers.  Just imagine, who will want to teach either group if 25% of the teacher evaluation system is based upon a test that is biased against both cohorts. It is just another example of the DOE's disrespecting teachers and putting the most vulnerable of children last.

Thanks for writing this. ELLs and special ed. kids need all the support they can get, and they certainly aren't getting any from "student lobbyist" Andrew Cuomo.

I noticed this. As a teacher of ELLs at a phasing out large high school my students were in multiple rooms. In the case of one room, there was unfair grading. THe graders just went down the line on the sheet rating 0 and 0 for the critical lens. I saw a student with a 4 page essay with the traditional introduction and interpretation of the lens (weak), and two works (with an admitted over-reliance on plot summary) given a 1. I saw another similar student who wrote a page and a half, with interpretation and 2 works, also over-relying on plot summary, but with a conclusion tying back to the lens, with a grade of 0. There were many other instances. Our students were poorly served by the scenario. Students in other rooms were graded completely fairly by other grading teams.

How do I explain what happened to my students? The rubric wasn't followed. Needless to say, I cannot tell where the breakdown happened, but the affected students will have a hard time mustering the faith to keep trying.

But Chaz, you must recognize that extramural grading in general is the only way to stop Regents tampering. Do you trust teachers and principals to be honest graders
of high stakes tests when their own livelihoods are at stake? I don't and I bet you don't.

And the beat down goes on...does anyone ever listen to what is being said?

Chaz, you ot it right. We are just screwing the must needy of students.