Why Aren't Administrators Being Brought Up On Corporal Punishment Charges For Their "Sit & Stare" Policy? 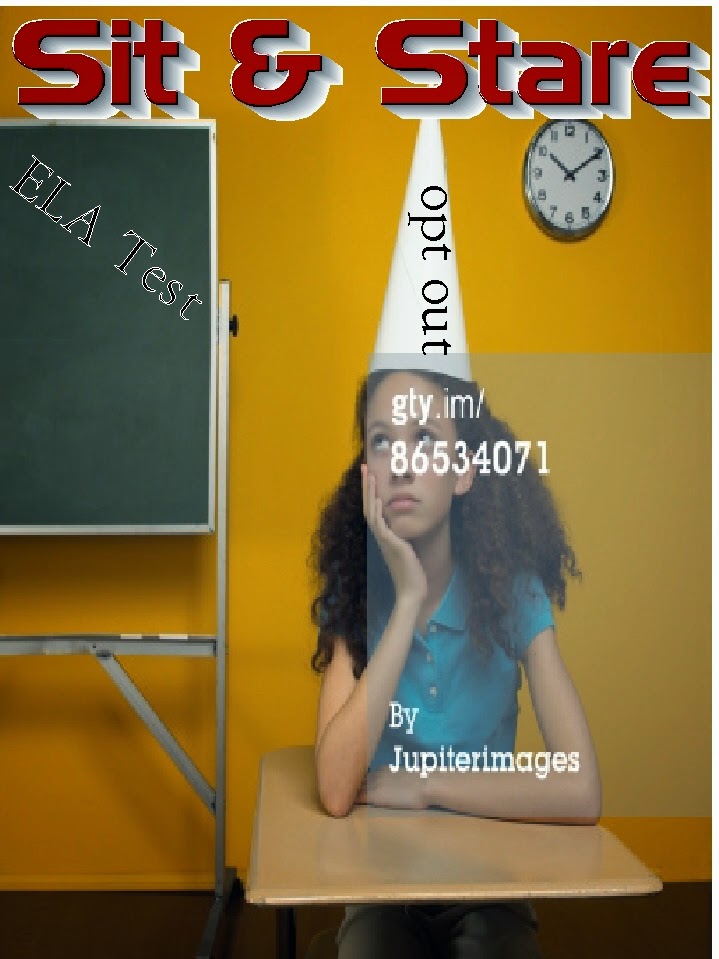 Thousands of parents rightly refused to have their children sit for the poorly-devised and high-stakes NYS testing using a "Common Core" curriculum that was not readily available to the schools.  While most school administrators allowed the students who "opt out" of the tests to either go to the school library, watch a movie, or sit and read a book, some vindictive administrators practiced corporal punishment.  These vindictive administrators forced the children to "sit and stare" in their seats while the rest of the class was taking the State ELA test.

Hi Chaz,
Has an administrator ever in the history of the NYC DOE ever been accused of corporal punishment? I've never heard of it, at least not with students. I've witnessed it many times over the past 25 years with teachers however.
I've seen teachers publicly berated in front of students, staff and parents. I've seen them humiliated, brought to tears and have watched two go through complete nervous breakdowns. This is going on right now and increasing because the union is doing absolutely nothing. As an ATR I feel really bad for many of the newly hired teachers. They have no mentors and are really being abused. ATRs are being observed and U rated, treated as slave labor, and demeaned. We all belong to the same union and should be helping each other and demanding action from the union.

Chaz,
Is it possible to FOIL an OSI report that is now closed??

THERE IS AN ADMINISTRATOR I KNOW WHO WOULD HOLD UP HERE MIDDLE FINGER AND SAY TO A STUDENT "READ BEETWEEN THE LINES". NEVER BOUGHT UP ON CHARGES. THEY CAN GET AWAY WITH ANYTHING. BUT IF A TEACHR DID THAT THEY WOULD BE FIRED.

I am a parent who chose to "opt out" of the exam. Why in the world would I keep my child home from school? To the above person who wrote this, I pay serious money in school taxes. My child read for pleasure during the exam. My district would never be part of a punitive measure of " Sit and Stare". My child wanted to be with classmates for the remainder of the day. He has a perfect attendance for the year and he wouldn't want to blow that either. We are a dual working /income household and can't afford to take off several days of work to keep healthy children home. So sorry that you thought keeping your child home was educationally and socially a good idea. Shame on you!