Retiring In June Or July? Know The Difference. 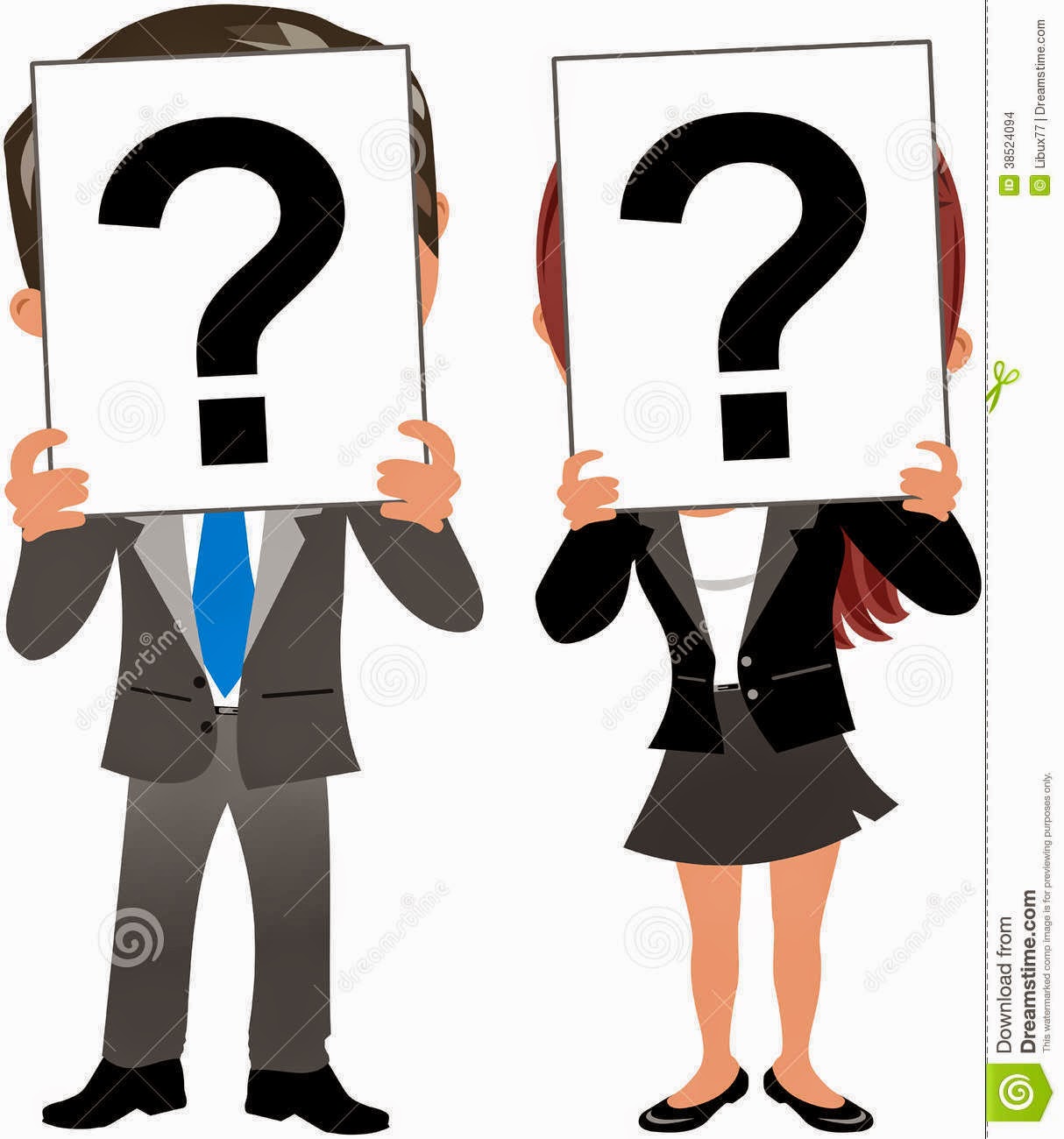 While I have no intention of retiring anytime soon, I did show up to the UFT retirement seminar to hear about the retirement process.  With the new UFT/DOE contract retiring on June 30th rather than July 1 makes quite a difference.  This post will try to explain the difference for retirees and which retirement date is best for them.

Retiring by June 30th:
For those who retire before July, the retiree will get the full retroactive raises and lump sum payouts upfront. First, the retroactive raises will be included in the pension check and most of these retirees should get it by November of this year.  Why the delay?  the doubling of expected retirements and the recalculating the "Final Average Savings" (FAS) to account for the retroactive pay and $1,000 bonus will probably delay by a month or two the first pensions checks.  All the lump sum payments will be sent in one check but no date when this check will be sent to the retiree is available.  Probably sometime in the fall.  For teachers on maximum it will amount to approximately $36,000. The UFT health and welfare fund will end for these retirees at the end of August.

Retiring in July:
The retroactive pay and lump sum payments will be paid to the retiree as they will be for active members.  Despite the union's claim that the people who retire after June 30th will also get their retroactive raises upfront in their pension check, it appears the union is wrong.  The City has decided that TRS will recalculate the retiree's FAS as each retroactive raise comes due and therefore, the pension will be adjusted over the life of the contract. The lump sum payments will also be given to the retiree's at the same time as active members.  At the maximum teacher salary, it should add up to $54,000.  These retirees will have the UFT's health and welfare fund untill the end of September if they retiree in July.  For ATRs, its advisable to take the severance package and retire in July since the severance package is only good between July 3 to August 3.

Terminal Pay:
All retirees who have unused sick leave and don't take terminal leave will be paid one day's pay for every two days of unused sick leave.  The sick day payment will be in three equal payments.  The first in September, the second in June of 2015, and the last in June 2016.

Hopefully, this helps clear up some of the differences between retiring in June rather than July.
Posted by Chaz at 8:56 PM

The retiring in July portion makes no sense. How does someone get $18,000 more in retro for working one more day even if it is spread out? Also, recalculating the pension every year makes absolutely no sense. It would be a bureaucratic nightmare.

Chaz, there is a fiasco for ATR's who want to retire with the severace package. It appears as thought TRS is unaware of the severance package and does not have a "document" for the ATR to let the DOE know of their acceptance.
The MOA states that the ATR will sign a release, which is the document needed for ATR's to file their retirement application.
It is my understanding that Amy Arundell, the useless UFT Special Rep. is directly responsible for this mess. Furthermore, she has failed to provided ANY information as to specifics of ATR severance.

Hmm but why the difference in lump sum payments? Won't June retirees get recalculated fas too?

I am an ATR who is thinking of retiring to escape this nighmarish hell.

Could you explain why you feel ATR's should take severance pay and have their pensions recalculated multiple times?
Thanks for supporting ATR's who are placed in obscene scearios on a daily basis.

Since you can't retire until July 3 to get the severance, I hope this is resolved by then.

Not for the lump sum payments. They get it within 2014.

I believe the severance is more important than getting the lump sum upfront since it gives you another month on your health and welfare plan and you will eventually get everything anyway by 2020. Just my opinion.

Since you can't retire until July 3 to get the severance, I hope this is resolved by then.

Not for the lump sum payments. They get it within 2014.

I believe the severance is more important than getting the lump sum upfront since it gives you another month on your health and welfare plan and you will eventually get everything anyway by 2020. Just my opinion.

I am an atr who is bailing out asap, so I called DOE HR connect to ask about an application for atr severance. I was referred to an HR manager who was not familiar with the contract provision for atr severance. She said that "it is between you and the uft to arrange for severance." From the perspective of someone who wants to retire now this scenario is outrageous. I heard this mess is in the hands of UFT Rep Amy Arundell

$54000 retro top salary if member stays until 2020. Difference retiring June 30 or July first will not be the dollar amount (approx $36000) but how it's paid June 30: one lump; July 1 paid in increments through 2020. June 30 retires are using month of June as one of the three remaining months of prescription drug benefit the welfare fund gives to new retires before GHI rider begins, ($116 single, $216 family per month drug rider but union reimburses about $60 per month). Member continues to get dental & other welfare fund benefits as retiree

Chaz - did they mention summer pay at the retirement workshop? When I retired the norm was to retire July first. Then you received two more month's salary - July for the fall term and August for the spring term.
Since TRS used to send out estimated pension checks starting July one you actually were paid double!
Teachers retiring need to know that you get put into the city and UFT retirement plans. The drug benefit for active teachers is great - the plan for retirees is nowhere as good. You also get put into a different medical group. These are things that people need to think about before retiring.The money is fine - but a one shot deal. The medical and drug plans are forever.

Let me comment and say that elsewhere in this blog I read comments by people who are glad to be receiving $860. I didn't know that a soul could be bought so cheaply.

Hi Chaz,
Alot of ATRs are telling me they received observations and Unsatisfactory ratings while being observed in unfamiliar schools, students, and classes. Most have been observed out of license and often out of grade area (i.e. 8th graders, when your license is 9-12). A close friend told me she received a U last week while proctoring a Regent exam! She called me and was hysterical. After her explanation, I discovered she was told she would receive the U if she didn't retire. Clearly an intimidation tactic. Why isn't our union doing something? People are quitting because of harassment and blatantly illegal observations.

Mulgrew is a chauvinist and could not care less for the ATR's. I hope the ATR's challenge these illegal observations and harassment tactics by suing the union and the city. Any union dues paying member deserves union representation. Mulgrew needs to find another profession.

I think the lumpsum increases annually until2018

Are you sure about the pension going up in dribs and drabs. I sthat what you heard at the group pension meeting. I don't recall hearing that.

If you listened closely the person said that the City would rather have pensions recalsulated down the road rather than pay it all upfront because of the accounting practice issue.

I remember reading that it only takes a 25 percent vote by the membership to disbandine the union When can we start to vote.

I am having the same problem. I am an atr and want to retire. Nobody can help me find this document that I need to file for severance.

I believe Mel Aronson said that your pension would have the retro in it just that it could take up to two years to figure it all out. This is Not what Amy Arundell has been telling people-

What does Amy Arundell say?

If the DOE doesn't provide the necessary forms for severance package, the union needs to file a grievance under the new contract. (DOE still has some time since filing doesn't start until July 3).