The DOE Weekly Rotation Is A Waste Of Time, Money, And Talent. 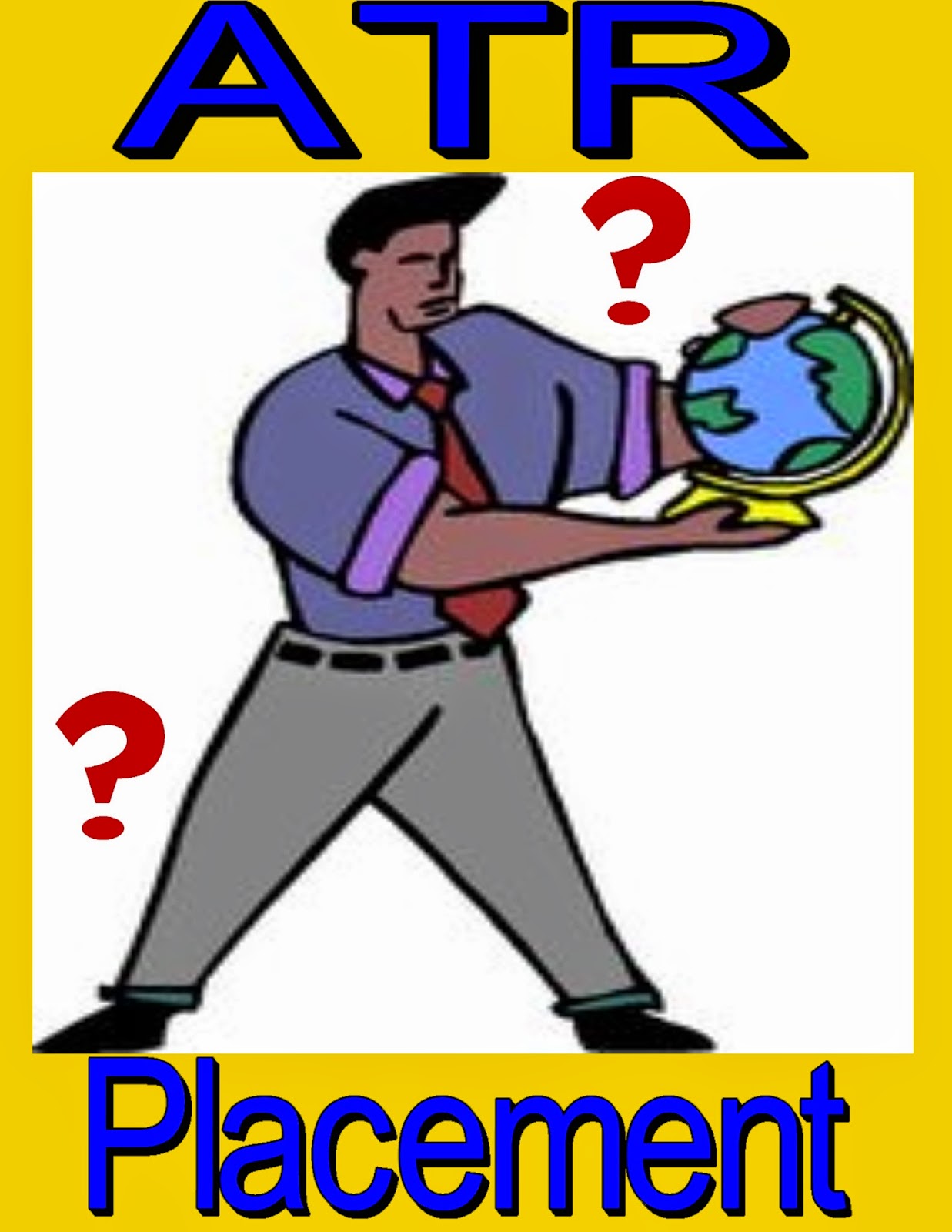 Once again I find myself starting the school year in a school that doesn't even have classes in my subject area.  However, this year the DOE is not even pretending to try to match ATRs with vacancies.  Instead, the DOE will make a more determined effort to terminate ATRs, thanks to the new contract provisions negotiated with the disconnected UFT leadership.

True, the DOE claims that starting September 15th, the DOE will start interviewing ATRs for any vacancies that will become available after October 15th.  The exceptions will be any ATR that survived their discipline hearings but received a $2,000 fine or more or received at least a 30 day suspension.  This includes any ATR who took a stipulation in lieu of going through a 3020-a hearing.  These ATRs are about 25% of the pool and are known as the "untouchables".

Its highly likely that any ATR who receive an unsatisfactory observation last year will also not be offered a vacancy since the DOE would rather go for two consecutive "U ratings" and start 3020-a termination proceeding then to allow the ATR to go through with the Danelson program since the ATR would need to get two consecutive annual "ineffective ratings" before the DOE could terminate the ATR.

This week the UFT will be giving their annual ATR "dog and pony show" and spin it in such a way as to make some of the more naive ATRs hope that the union will have their back and will make great efforts to drain the ATR pool by aggressively making sure that all school vacancies will be covered by the ATRs.  They will also claim that principals will not have to pay for the ATRs for two years.  However, they will not tell you that in the third year the ATR salary will become part of the school payroll and few, if any, principals will want to take a chance of seeing their budget reduced by being forced to pick up the ATR's salary.

The UFT meetings can be found on the ICEUFT  blog.

Will you be going to any of these meetings? I am annoyed that they gave so little notice. My calendar is already completely booked this week. How can they tell us about meetings on a Friday afternoon. Probably because they don't want anyone to come.

Same poster, same article, same crap. Enough already! We know how everyone feels on this topic.

The principal at the school I am currently assigned told me that she hired a physical ed ATR and his salary is on her budget.

Chaz tells it like it is and unlike you, he has some very constructive information to share with his readers.

Maybe one day you will have something important to say but I highly doubt it.

I wish that all ATRs will stand up and turn their backs on Amy while she tells us that she is "Gestapo" for ATR rights!

Bronx ATR said...
This comment has been removed by the author.
3:39 PM

Hate to burst the bubble here, but... More times than not, if the atr is a good fit for the school, the principal will hire. My school has personally hired at last 5 atr's in the last 5 years. The atr's salary as a whole doesn't make that much of a difference per say, because that's not how the system works. Schools pay for teachers based on the overall average of teachers salary. So if you have say 20 teachers ranging from 50k to 100k, more than not it equals out to the school paying around 73k per teacher. If they hire just ONE atr who say makes around 100k, it doesn't affect their budget by that much to make a difference because it's the average that they go by. So... What I'm getting at is, if the atr does a good job, fits in with the school, then they a have a shot at getting a job. However it's just like any other opportunity in a job market, finding a place that works for you and them, sometimes takes a awhile, sometimes comes quick. Hope that helps a lil

You're full of shit!

Its obvious you don't know how the fair student funding works and if your principal picked up and actually appointed an ATR every year, he wouldn't have any money in his budget unless he had retirements of senior teachers.

Go back to my November 2013 post and see how it really works. Even charkbeat picked it up.

I was recently contacted by a principal of ATRs who wants to meet with me. This is my first year in the ATR system. I didn't have a 3020a hearing or anything like that. Hopefully I won't be targeted.

That's for telling me I'm a full of shit for telling you facts about our school. I'm dumbfounded you haven't found a position yet, you sound so intelligent and respectful. I'm not talking about how the student funding works, we all know schools are under funded. Dont need to be Einstein to figure that out. What you don't know however is how the budget works. If you were a principal, maybe you would. When you add teachers to your school, you don't pay what their salary is. You pay the average of your staff per teacher. Don't know what else to tell you here. That's how it works. Also, find it very discouraging that your telling me I'm full of shit about my school when I told you we hire atr's. Ouch! Do you work with me? No, you don't. So you can simply say, wow that's awesome that your school isn't like others that abuses power and simply uses atr's to balance their budget. Hundreds of schools, and yes there are bad ones, but there are also good ones. So clean up your act, learn how to have a conversation without blowing a fuse, and go find a school that fits for you.

To 5:07,
Do you think that by writing such complete and utter bullshit someone, hopefully the media, will believe it? There is no hiring going on for any other reason than salary and the administrator's appeal for the desperate and inexperienced.

To 5:07,
Are you perchance from the UFT? Are you practicing your line of shit for the upcoming meetings? Or will you use your comments as evidence for the clueless new ATRs? Nothing that you've written is even close to being factual. You should be ashamed of yourself.

Obviously you have no clue how fair student funding and the average teacher salary works. If you bothered to look at my November 2013 post you would see that only the cheapest ATRs are hired by principals.

If your principal did hire all those ATRs, which I highly doubt is the case, they must be young and cheap.

Yeah right, and I have a bridge to sell you in Brooklyn.

Awesome 6:01! Shall we have a conversation?

Nope, hired two experienced atr's last year. So you obviously don't know what you're talking about. Stop being complacent and try a little

While you're accounting might be correct, you don't consider the benefits of hiring an untenured new teacher that will be agreeable to the point of nausea and excessed before they can get tenure. The consideration of money comes in a few different ways.

Yeah, probably on a provisional basis so that at year's end he can remove them from the school payroll so that he doesn't need to include their salary on the school budget.

Its the game the principals play and either your an E4E drone, just plan clueless, or full of shit. Tell me the school and I will check on the accuracy of your statement.

Its "education on the cheap" where the budget is more important then the students.

A roving ATR supervisor came in today at Pan American International HS at the Monroe campus and observed an ATR subbing (totally unannounced) for an entire period. She told him the lesson was too teacher dominated. Be prepared.

Anon 6:01
How do you even have a job in education? You don't even know basic proper English grammar. Try learning the difference differences between you're and your.

Mandatory interviews are being held NOW! I am a new ATR and had two interviews already. Two of my friends who are ATRs (one new and one of several years) have also been sent on mandatory interviews. They are doing them now - not waiting until the 15th. The fields supervisors are out too. Saw mine already.

Being observed on the third day I classes. Is ludicrous. It would be thrown our in a hearing

All hail DiBlahblah. Savior of teachers.

SUCKERS!! As soon as he could, he found a vindictive cobwebbed relic to stick it to teachers, especially ATRs. He cares more about carriage horses than peoples' livelihoods and lives. Unless you are an illegal alien, it seems.

I expect my vindictive field supervirus to show up any time now. It will be difficult to observe me at the school where I am currently placed, since not more than 3-5 kids seem to show up for class so far.

Mulgrew is definitely out of touch with teachers. He has not worked in a school in almost ten years. Teachers are already complaining about the reconfigured time and the long day yesterday. Wait till we have to go through four parent teachers conferences.

Reggie, do you speak english? I think i see why you are where you are

It would not be thrown out. The argument would be that a teacher should be prepared any time

Bronx ATR said...
This comment has been removed by the author.
9:07 PM