Don't Believe What You Read In The Media. 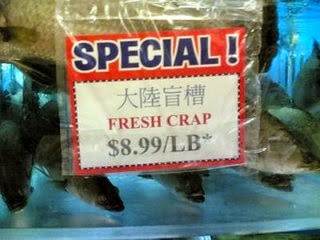 Sunday, I was reading the New York Post and came across an article by Susan Edelman called "Teachers Accused of Misconduct Keep their Jobs in Secret Settlements". In the Newspaper itself the headline read "bad teachers" instead of teachers accused.   The article was the usual crap with a political slant along with the misleading statistics.  However, what bothered me is what the article claimed Betsy Combier said with regard to the settlements.  The N.Y. Post article stated the following:

“All they want is your money,” said paralegal Betsy Combier, who helps defend teachers. “It doesn’t matter what happened to the kid — it’s kind of frightening.”.

If you read the article it makes Betsy appear to be blaming the DOE for making secret deals with bad teachers and allowing them back into the classroom to cause more damage.  The truth is that Betsy Combier said no such thing.  What she said to Susan Edelman was this:

"What I told Ms. Edelman was that when an educator is charged with misconduct or incompetency, and sign up for a NYSUT attorney, in many cases the NYSUT Attorney tries very hard (sometimes, in my opinion, abusively) to get the educator to resign, retire, leave town, or settle. Anything but go to a hearing. I believe the NYSUT Attorneys know how much of a due process disaster the hearings are, from the viewpoint of defending an educator's rights. After watching the attorneys work at 3020-a for almost 8 years, 2003-2011, I thought there was a better way to defend, and started as a paralegal advocate in defense of Respondents brought to 3020-a in 2011. No one who is innocent of charges should be forced into a settlement of any kind. You can win a 3020-a."


Knowing Betsy like I do, she would never had said what the New York Post quoted her as saying.  Both Betsy and I see the settlements as DOE extortion when they cannot prove their case for termination and offers the terrified teacher a way out. Please read Betsy Combier's blog for her story.


Remember, when you read stories that come from these rags, the Daily News, Post, and Times, don't believe what your reading, its not about the truth.

For educators who want to know how to defend themselves against abusive administrators, there will be a "Don't Tread On Educators" (DOTE) meeting on Wednesday, October 1, at the Elmhurst Diner located at Grand Avenue and Queens Blvd, starting at 5:30pm.  Be there if you think you are being targeted.  Plenty of parking in their parking lot and the M or R train stops there.

BETSY ENCOURAED US TO BE INTERVIWED BY THE NEW YORK POST...

Thanks for clarifying what I said and meant!!!

The NY Post and Daily News remember are controlled by billionaire money so, people like bloomberg and students first slime balls still flood the papers with monies and other goodies to get their agenda out. So sad that journalism has fell to the oh mighty dollar - yellow journalism is now coined "green journalism".

Hi Chaz and all.

HOPE TO SEE YOU ALL THERE.

Uh ... why would anyone talk to the NYPost and expect to be quoted accurately?

In today's NY Pox, 1 page on a "Teacher Sex Predator" and on the back of that page an entire page slamming public schools and singing Eva's praises. Even Di Blasio got a publicity rep, what's the UFT waiting for? Moskowitz to be the next mayor?!

The problem is that these news rags prey on the uneducated - the average reading level of a person who reads the daily news or post is about 7th grade level.


The UFT really needs to step up and stop this assault on our schools and the constant praise of this witchypoo moskowitz....step up UFT!!! Don't let these incompetent, stool wiping gorillas get their way!!! They are all just a bunch of goons sitting on the toilet thinking of another way to get their ugly stinky ass holes into our schools!!!

I just finished reading a blog called MCSM IN MY WORDS. The author talks about these secret deals from a first hand account.
Check it out
Http://www. mcsminmywords.wordpress.com

Actually the News andthe Post are pretty much written at the 4th grade reading level, so a 7th grade reader checking out those rags is doing some SERIOUS slumming, at the vry least.