The Education On The Cheap Era Continues Under The Disappointing Chancellor. 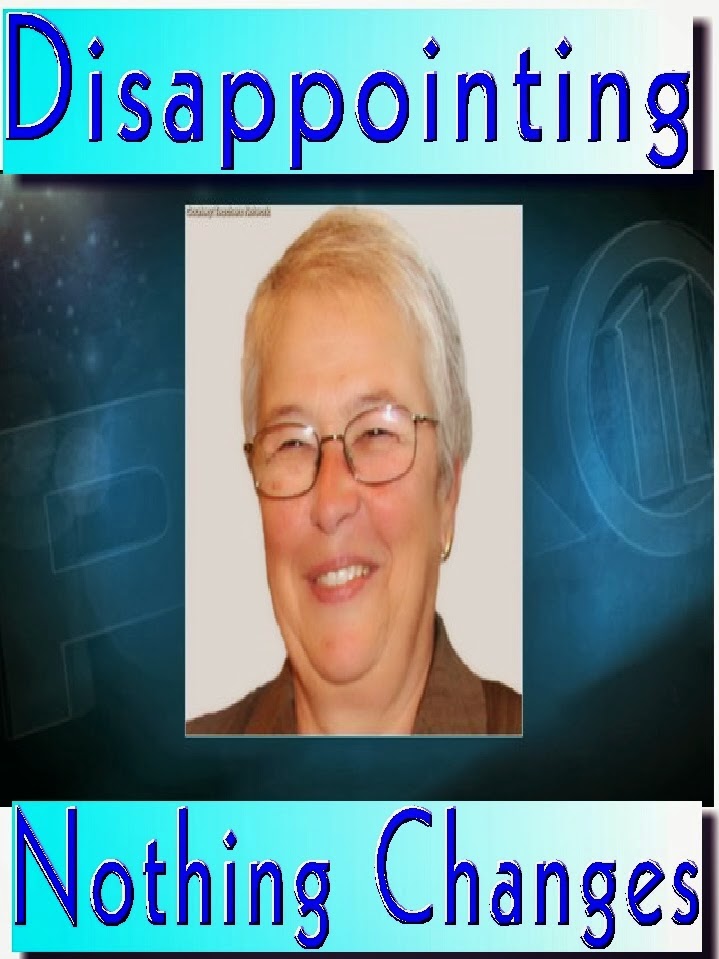 When Bill de Blasio replaced Michael Bloomberg as Mayor of New York City, many of us were looking forward to a new era of collaboration and respect.  The new Mayor's selection of a long-term educator as Chancellor was also an encouraging sign as it signifies a change away from the failed business model which was the hallmark of the Bloomberg era.  While the new Chancellor, Carmen Farina, has had a troubling past, she seemed like a breath of fresh air when compared to the top-down non-educators who were chancellors during the Bloomberg era.  Even the UFT leadership hailed the new Chancellor as a person they can work with and UFT President, Michael Mulgrew, even hugged her.  Unfortunately, in the first semester plus of Carmen Farina's tenure as Chancellor she has been a disappointment.

The Chancellor, has so far, failed to make any meaningful improvements in the schools and the classroom.  First, she froze the already tight school budgets that has averaged 14% less than it was back in 2008.  Second, she did not reduce class sizes, a campaign promise by the Mayor, third, she did not "clean house" and retained many of the architects of the destructive Bloomberg policies.  Fourth, she retained the "fair student funding" that forces principals to hire the "cheapest" and not the "best teachers" for their schools.  Fifth, she failed to get rid of the money sucking and useless Children First networks.  Finally, the new Chancellor has targeted ATRs and made them "second class citizens". 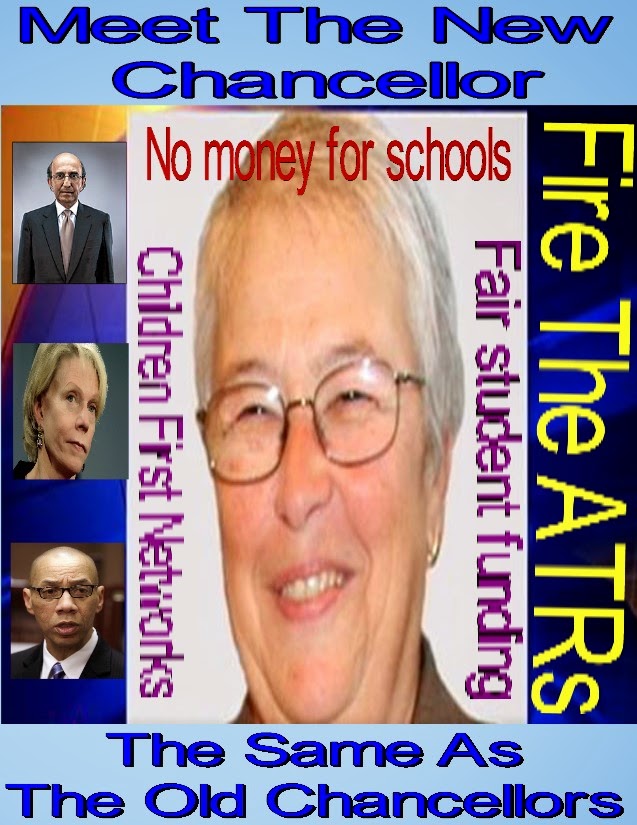 In hindsight, Chancellor Carmen Farina does have a "dark side" that people seemed to ignore.  Like the 80% turnover in staff when she was Principal, her rise to become a Deputy Chancellor under Joel Klein before being forced to retire, and this from Philip Nobile.   In addition,  Betsy Combier in her Rubber Room Reporter blog is a must read when going over the Chancellor's past. She has continues to suffer from verbal lapses such as her "its a beautiful day comment" during a monster snowstorm that trapped students in their schools. Moreover, her verbal attack on ATRs and her statement that she will train principals how to terminate them rather than encourage principals to hire them for their vacancies is not only unprofessional but continues the demonetization of the ATRs that started in the Bloomberg era.  Most disturbing of all she told new teachers at a conference not to listen to those disgruntled veteran teachers in the lunch room.

With Carmen Farina as Chancellor do not expect any real academic improvement or a narrowing of the racial/income academic achievement gap as she continues the failed and destructive policies of the Bloomberg era.  A very disappointing Chancellor is Carmen Farina as she continues to practice the "education on the cheap" policy of the Bloomberg era.

I blame DeBlasio. The guy is clueless and is delegating all duties to his very questionable appointees. There is no doubt that Farina is plugging in the ATR doomsday machine and teaching principals how to use it. Mulgrew is standing outside the door, watching through the window. Many of these principals are completely inept and hopefully will break the machine.

Just remember-she's the choice of DeBlasio-who as our mayor-doesn't seem have the control of city schools that Bloomberg had.

Let's see if she continues with the wasted disconnected Bloomberg CFN structure after this school year. I'm hoping they go back to a geographical/district system for the 2015-16 school year.

What lunchrooms is she referring to? There are no more teacher lunchrooms. Lucky if there is a teachers' lounge. Oh excuse me, the academy principal says " Teachers' Center." Just like they've renamed and labeled everything else teachers have always done, including the common core. Text based questions and citing sources. Gee wiz. What a f____g revelation.

DeBlAsio Appointee..He gets the blame I agree. Didn't she try to back out at the last minute. I would have like to see Bill Thompson..maybe she will fall asleep at some upcoming parent conferences and bail out soon. Its our best hope.. If she skips town it will be great for everyone, especially the new york daily rags that people read, as the DOE will continue to be displayed as an unstable organization..SHE IS A MESS..retire already !!!FARINA please!!