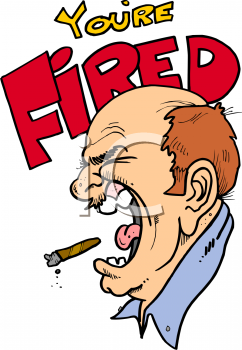 Usually, I don't allow another person to use my blog to state their position.  However, this charter school teacher's story is so compelling I felt it necessary to print the teacher's article that was sent to me, unedited.

I guess we should be thankful we don't work in a charter school, subject to long, grueling hours, intense pressure to fund-raise, and being fired for no reason whatsoever.
Posted by Chaz at 8:12 AM

This is a great and instructive article. Wish we could name the school.

True, but on the other hand, most of those teachers weren't around long enough that they'd get tenure in public schools. Therefore, they could also be fired for pretty much no reason too.

First, thanks for posting this and thanks to the author of the post. What stands out the most to me as I read this is that this is our future if we don't stand together to preserve our Union. The billionaires will make our entire profession into a cash cow. Using educated people and then spitting them out. The poster said she was well paid but I doubt she will see a paycheck from now until the next gig. We are not here to put money into greedy megalomaniacs pockets. Teaching is a service to the community. A hard- won democratic right. And by the way, I'd like to know which bank will lend this teacher money to purchase a home. So in addition to being jobless she will also be a perpetual renter, or worse. More money for the developers.

I might add that I had doctor's notes to stay home the whole week due to an extreme ear infection. But I went in anyway thinking the students needed my test prep. Ironically had I stayed home under doctor's orders, I might have been employed another week or two.

This sounds like what is happening to many of the young untenured teachers in the DOE who are now required to participate in after school activities to get their tenure which is often postponed a year to keep them on the string. I have also heard teachers in many schools complaining how they are supposed to do fundraisers for their schools on weekends as well as participate in clubs, sing etc sometimes without pay.

Thanks for the posting of the charter school fired teacher. This situation describes the powerless of the worker BEFORE unions. People died and suffered
government retribution to defend and support the rights of workers to form legitimate unions. We are taking steps backward. Time to fight and be willing to pay the consequences (jail, loss of jobs, and worse). The long-term goal of whoever is behind this attack on teachers and unions, is the elimination of a thinking and educated voter. Students are being cheated of an education and many will not be able to reason beyond the brainwashing propaganda which assaults them in the biased media. Is it any wonder why we have the kind of government that we complain about?

The Unity Caucus of the UFT is not looking for the rank and file, they are looking out only for themselves.

This is the Icahn Charter on Pelham Parkway South in the Bronx.

The UNITY CAUCUS tips off the networks when teachers file complaint to city officials. I know people who ave proof of this.Therefore, the DOE and union are in bed together. Nobody is on our side.Please wake up!

This is exactly what my read on charter schools has been all along. They use teachers like Kleenex, then discard them without a single glance backward. Why would anyone want to teach at a charter school?

Sounds like this school must be an Evil Moskowitch school. If not, I am sure that the success charter bull crap schools are run just like this one. This is what the donkeys in Albany are pushing for?? This type of schooling is going to revolution the US?? The planet of the apes model continues in education as it seems as though the apes are running the asylum.

Nope. But kind of scary that this applies to so many different charter schools that you can guess the wrong one.

It seems like there really is no difference between the DOE and a charter.

Moskowitch will not hold any press conference announcing this:
For the 2nd year in a row, not a single Success Academy student passed the SHSAT, a test that demands logical thinking. For two straight years now not one success moskowitch student will be attending any specialized hs because the test requires logical thinking - word to cuomo and the new commiss: read the information carefully before you make any decisions...

The rat in the Queens UFT office is Rona Frazier. She tips off Thomas Fox ( another network flunky ) who tips off the Principal. This is how that cunt Dwarka gets all her information. And we thought Vazquez was the heel. He is just a boot heal licker.
Mulgrew and his crew are lower than scum.