The Teacher Shortage Is Here! 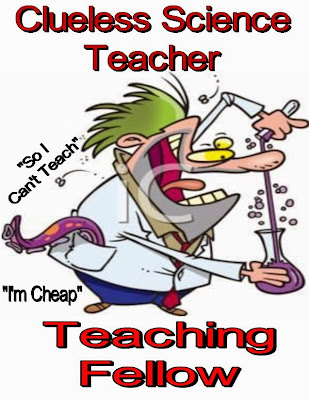 I have previously predicted a severe teacher shortage within five years.  This prediction was based on fewer applicants going into the education field, especially the classroom.  A colleague of mine works as an adjunct professor in the education program of a well respected university in the city and told me his schedule was reduced by half and fewer students are in his remaining classes.  More importantly, when he surveyed his students. he found that 75% never intended to step into the classroom.  Worse, when high school students were polled about becoming a teacher, few considered the profession due to the media attacks on the teaching professionr. As for teacher preparation, there has been a steep drop in teaching applicants nationwide and especially in States like New York.

Now it seems after years of recessionary austerity, the New York City suburbs are now hiring teachers for the first time since 2007.  The extra State money, the lessening of the pension costs due to a more favorable contribution schedule, more teachers leaving the profession before being vested,  the implementation of less costly pension Tiers (V and VI), and the austerity that cut the teaching force to the bone along with the increased retirements of the "baby boomers" has resulted in a hiring frenzy for the 2015-16 school year. The expectations are that over 1,000 new positions will be filled and over a 1,000 more will be hired to replace retirements throughout the New York City suburbs.  If the more punitive teacher evaluations are as bad as predicted, look for increased retirements and a ever shrinking applicant pool to replace them.

In a school in the building I am in, I heard an administrator say that they advertized a Math vacancy in the DOE's new teacher finder for the next school year and received no responses.  Two years ago a similar Math vacancy had 25 applicants in the first two weeks!  With the suburbs hiring, many potential applicants due to their attraction of the higher pay and better working conditions, the City cannot compete.  Moreover, in New York City "quality teachers" will flee to the suburban schools for higher pay, lower class sizes, and a more disciplined student population.

I thought the teacher shortage would take some time to materialize but it seems that the ever worsening classroom environment and the union's failure to get the DOE to remove the "gotcha system" that makes the classroom a hostile environment, has resulted in  many teachers leaving the system and create a  real hiring shortage of "quality teachers" down the road as the best candidates go to the suburbs and many others flee the system for higher pay and better working conditions. You would think that the DOE would do their best to retain their teachers, instead the DOE's "education on the cheap" policy has resulted in an exodus of "quality teachers" as their "fair student funding" policy ensures its recruitment over retention at the expense of the students academic achievement.

Question for Chaz: How is ones pension impacted if a teacher leaves the NYC DOE and goes to teach in a NY State suburb? If a teacher is in tier 4 in for the NYC DOE do they stay in tier 4 if they switch districts?

This is the same union a couple of years ago that used the pay disparity as an argument with PERB for a contract. However most the raises and retro payments are pushed years into the future. Mulgrew said at the delegate assembly meeting that we make far less than the suburbs. This is a union we cannot trust to do the right thing for their members. Mulgrew is disingenuous and corrupt.

to 12:21- Your pension tier depends on when you started to teach. If you leave NYC for the 'burbs, you take tour tier with you. You can transfer your NYC pension into the state system. However they might start you on the lowest step - it depends on the district.

There's been a massive teacher shortage since they started putting the best teachers into the ATR pool and replacing them with munchkins from Oz!

So why is the DOE of NYC going after teachers in the fifties? You just need to go to W.C. Bryant to see how this age group is being harassed by Ms. DWARKA.

Bronx ATR this is a great accurate post. Send it to cuomo office express mail delivery

The school you're in cannot find a math teacher? And used to have loads of applicants?
What areas is the school in? What level of free lunch in the school?
You know that the mass refusal to teach will have really hit the fan when bearable schools will have NO applicants.

Why go to the burbs when you'll still have the worst state evaluation system?
I bet a lot of teachers are going to Jersey, PA or CT.

Dwarka is being investigated for harassment and age discrimination, she pushed so many experienced people out that their regents scores plummeted.

These young teachers complain too much. Don't have the temperament to teach. Give ATRs back their positions within the schools. We (teachers and students) are guinea pigs for many politicians and business people. These outsiders have created an environment of lies and scarcity.

Too many young teachers complain too much. Don't have the temperament to teach. Give ATRs back their positions within the schools and hire those that truly want to teach; not these people that use teaching as a stepping stone to something else. Teachers and students are guinea pigs for many politicians and business people. These outsiders have created an environment of lies and financial scarcity within schools. Administrators have a gotcha attitude. Politicians and business people have created a mess. Result: People do not want to enter the field of education. Educators need to be the leaders in education; not these outsiders.

Why is it that the DOE is helping Dwarka to give poor ratings to experienced teachers? The UFT Queens Office should me ashamed of themselves.