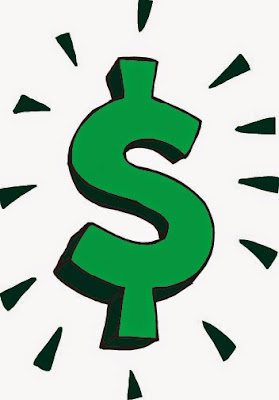 I have many complaints about our disconnected union leadership and they are too numerous to list in this post, however, there are times that the unions does fight for teacher rights and beats the DOE.  This post describes the latest arbitration victory the union has triumphed over the DOE and its significant.  Previously, they won their grievances on lesson planning, and SESIS payments, and now the right to receive "pro rated" pay for a sixth or pm class after the end of a teacher's schedule.

An independent arbitrator just ruled that the DOE policy for paying teachers "per session" pay for either a sixth period outside their teaching schedule or doing pm school will be "pro rated"  to a teachers actual salary, providing the class had at least a roster of 20 students and an attendance scan sheet was issued for the class.  This arbitration agreement will date back to 2008 and that means that sometime this year many teachers can expect a check from the DOE for the difference for any teacher that worked in such a position and was paid "per session".

According to my sources, if you are one of those teachers, the DOE has the records and will automatically issues the check without you doing anything but wait for the check.  Hopefully, the corrected check will be issued sooner than later but knowing the DOE, it probably will be later.
Posted by Chaz at 4:44 PM

Does this mean that pensions will have to be recalculated as well?...Can it also mean that active members will be penalized to make up for the higher pension checks recent retirees will get due to this ruling?....lol....what a crazy system!...

Did your source indicate HOW the DoE would know that Mr. A's per session pay was for tutoring, but Miss B's was for teaching a class?

That seems like a stretch. Am I missing some important details?

My understanding is that the class must be listed as a class with at least 20 students and had an attendance scan sheet. The source told me that the DOE can go back and identify that. Of course seeing is believing.

What's the latest date a roving ATR supervisor might drop into my class?

Wow those EZ Pass teachers at Dewey HS are gonna clean up!

So let me get this straight- I'm a science teacher who taught 27 periods last year, and 26 periods for 3 or 4 years prior to that. Last year I got comp time for one period and per session for the other. The other years I got comp time. So my question is this: first, am I owed money for last year, and can I assume utter incompetence and possible money for the other years? (hell- a girl can dream right?)

The Monday and Tuesday extended days have been renewed.

Thank you for this post man. its very informative.
CouponDeals

Can someone please explain how 12,000 teachers out of the 80,000 were the only ones that filled out the survey regarding the M/T extended day PDs. Once again the few determine the outcome and the working conditions for the others who chose not to fill out the survey. It reminds me of the members who choose not to vote in the union election and then get angry that they are unhappy with the elected union president. Why did so many teachers not fill out the survey? Now 68,000 teachers are stuck with the M/T PD. Maybe someone here will explain the reason.

Odd thing about the M/T extended time days- everybody at my school bitches about it, but when I asked if they responded to the survey, they responded with either a) "What survey?" or b)"I don't want the kids after school."

As for me, I'd rather work with the kids any day of the week.

I agree with you too. I couldn't stand the PD's twice a month especially since most of them were pointless, not teacher-driven, and not conducive to teaching. I liked being with the kids and reviewing concepts that they still couldn't grasped during the lesson. The teachers need to make a choice and wake up to what they want and to stop the gripping.

Have you heard any more details regarding this post?

There are a few interesting points soon enough in this article but I don�t determine if every one of them center to heart. There is certainly some validity but I am going to take hold opinion until I investigate it further. Excellent post , thanks so we want far more! Added to FeedBurner too read this