Beware Of The ATR Field Supervisiors Baring Gifts - A Plan Of Assistance. 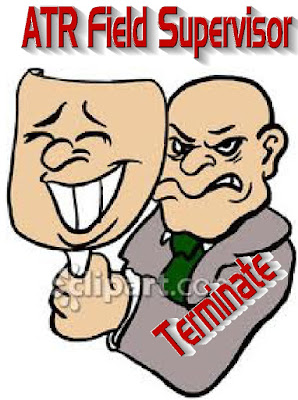 By this time of the school year most rotating ATRs have met and have been observed by their field supervisors.  For the unfortunate many, who either have had a "U" rating the previous year or was given a poor observation report this school year, the field supervisors bring with them a gift called the " plan of assistance".  This plan of assistance is really not much of a plan to help the ATR's pedagogy but is used to go after some weaker ATRs with a second consecutive "U" rating and the ability to fire them with 3020-a termination charges due to incompetence.

The DOE claims the right to file 3020-a termination charges against any educator who has had two consecutive negative ratings.  The UFT claims that any ATR that gets two consecutive "U" ratings for incompetence, based solely on the filled supervisor's observation will not be subject to 3020-a charges.  However, I wouldn't trust the DOE to continue to follow that approach and it would not surprise me one bit that they start serving ATRs with 3020-a charges for incompetence, starting this school year since they have failed to significantly "trim the ATR herd".

It is unfair that the DOE is using field supervisors to evaluate rotating ATRs since the ATRs have little or no knowledge of the student's academic capabilities and have no ownership of their grade.  The union leadership should demand an end to the field supervisors not ignore the unfairness of the observation process and start listening to the most vulnerable of their members the ATRs.

Note:  I must say I was disappointed that at the UFT's Executive Board on Monday, MORE and New Action did not bring up the ATR incentive and whether the DOE is telling principals not to permanently hire ATRs who won their 3020-a termination hearings.   I would think that our opposition caucuses, whom have previously advocated for the ATRs, would thoroughly question the union leadership on what they are doing about it since its becoming increasingly clear that DOE Central is interfering with principals who want to hire an ATR with the incentive.  While I do not expect "Unity"  to advocate for the ATRs, I do expect MORE and New Action to represent our interests and in Monday's session they did not.  Maybe they will bring it up in January.

The field assassins are the sum of the earth - anyone who would accept such a job is inherently a sick son of a ----. They are lying disgusting incompetent stupid pieces of garbage

The field assassins are the sum of the earth - anyone who would accept such a job is inherently a sick son of a ----. They are lying disgusting incompetent stupid pieces of garbage

Of course, they are in the business of getting rid of teachers.

4:14 raises an interesting question. Id like some clarification on this as well as a tenured teacher. Can we get "developings" forever with no consequences? Chaz?

We cannot listen to our Union anymore, they are not on our side.

The observations done by field supervisors are often, even typically, done in the poorer schools to assure a student population which is not as academically oriented and much more likely to be unruly, making it much more difficult for a perfect stranger to control or engage the class. Even if an ATR gives a perfectly decent lesson, the field supervisor will often give it a U rating to fulfill their agenda to terminate a given teacher. There is no one (except perhaps a recording, but that gives other problems of "violating student privacy") to gainsay what the field supervisor claims is a poor lesson or anything else that they claim. So the ATR is basically helpless when labeled by a field supervisor as incompetent. The UFT is basically useless, mouthing platitudes while remaining a paper tiger, so the ATR can be unjustly smeared by unscrupulous field supervisors and funneled into 3020a hearings on totally fabricated accusations of corporal punishment or incompetence.

it seems as if, in the middle pf the night, Thursday morning, SESIS was updated with ATR rotations. Still no email. typical DOE.

There is another UFT Ex Bd meeting on Dec. 19. Anyone can sign up to speak before the meeting starts. The people at adult ed came last week and did it. Some ATRs should meet with the opposition people before the meeting and plan some strategy for the meeting. It is more effective when there are ATRS in the room who speak -- and then the opposition ExBd people can bring it up for follow-up.
The leadership takes questions more seriously when they have to look into the eyes of the victims.

I've gotten 3 developing a in a row but so far my supervisor has been great. I look forward to seeing her.

Thanks for the info! Really wanted to hear first hand about somebody who got at lest 2 "developings" in a row. Did you get a TIP each time?

Oh ok, so a teacher can get consistent developings and it has no consequences of being terminated? I'm assuming you'd have to get 2 ineffectives in a row, not developings. Correct?

When Far Rock closed, ATR Supervisor Justin Stark was given a choice to go back into a school and do what he "qualified" to do, or be a hit man.

What do you think that sc#$ bag did?

Word is getting out: Get as many developings as you want. No threat of 3020A. Please share more fact filled stories on this please!

Nonsense! I know of a teacher who was charged with incompetence in a 3020 a and retired. The teacher had gotten developing for two years. Rather than fight he resigned.

I was just recently U rated for a lesson that, as an ATR, went well: all ththe students expect for maybe one or two completed the assigned reading, volunteered to read and participated. My field supervisor claimed I should have put the students into groups and/or asked more higher order thinking questions -- to a class I had just met five minutes before in a very challenging school. I did not sign the U rating because I am planning to dispute the rating - how do I go about doing that? What is the procedure? It is disgusting that a field supervisor is going to suggest that an atr do things that only as a classroom teacher would you be able to implement: group work, five min do now, exit slip! This is what was suggested to me! As an atr it is extremely difficult to get a majority of classes to stay in their seats and put away their phones let alone read and respond to questions -- which they did!

It is a setup to get rid of ATRs. Our Union put us in this position knowing that these abuses will take place.

The field supervisors are here to get rid of teachers, they are writing observations to reflect an adverse rating.

The UFT is corrupt also, they will not do anything to back up experienced teachers.

Being classified as an ATR is a terrible thing, I know I had been one. Imposing the indignity of having to act as a substitute is bad enough, but to be observed as such should be the last straw. But it isn't! The UFT supports the status quo and even honors the separate contract for ATRs and does nothing to help them find employment.

The ATR supervisors is a waste of resources. Most of the ATRs are going to retire soon anyway.

ATR field supervisors are showing up to conduct flyby observations. They know the UFT-UNITY will always side with the DOE. Teacher fellows working as substitutes are getting provisional positions, some of them with little or no experience. Some of the teacher fellows cannot pass the tests to get their certification. It really does not matter, the purpose is to make ATRs resign or retire. They will observe an ATR even if they are retiring in 3 or 4 weeks. We need to thank Mulgrew and Unity for giving ATR field supervisors a blank check so they can keep hunting, and targeting ATRs. Improvement plans for teachers without regular classes, observations out of license, everything goes.

Nowadays they are doing whatever they want since the Union is not doing anything for the experienced teachers.

Do not worry they are clueless of the big shortage coming up.