The DOE's Double Standard Continues - The Case Of Principal Emmanuel Polanco of JHS 80. 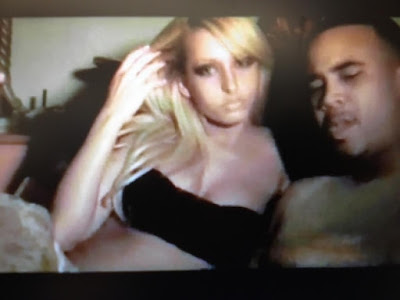 Susan Edelman of the New York Post penned a scathing article about how Principal Emmanuel Polanco has bullied the students and staff and that under his administration one teacher was quoted as saying.   “It’s not about the kids,” she said. “It’s about administrators who lie, cover-up the violence, and don’t provide proper supervision.”.

This is the same Emmanuel Polanco, who had limited classroom experience but was promoted to principal through the Leadership Academy program who made a racy video, ending with him in bed with a women.  What kind of role model is he?   As expected, the DOE buried the investigation and quietly allowed Mr. Polanco to continue to run his school.  Please read my previous post for the link to the video and Mr. Polanco's alleged misdeeds.

Now it seems that Mr. Polanco is being accused of bullying students and staff.  This explains why the majority of teachers are untenured, strongly suggesting that the school suffers from high teacher turnover.  Moreover, Mr. Polanco  has allegedly shoved a student against a stairway wall and jabbed his fingers into the student's chest.  He and or his administration also authorized that the student be handcuffed, behind his back,  by school safety when he questioned a procedure during a fire drill.  Mr. Polamco was also accused by others as well.

From what I have read and heard Mr. Polanco has apparently violated Chancellor's regulations A-420, corporal punishment and A-421 verbal abuse.  Yet, Mr. Polanco remains Principal at the school.  If Mr. Polanco was a teacher he would have been removed from the school and sent to a reassignment center waiting for his 3020-a charges.  However, Mr. Polanco is a Principal and the DOE presumes him innocent as they continue with their investigation which has probably been predetermined to find him innocent or if substantiated, will be once again buried as he remains Principal.  In other words, the DOE's "double standard" when disciplining teachers and administrators continues.

How bad is JHS 80 in the Bronx?  They have dismally poor test scores in English and Math and just read the letters to the New York Post that a teacher encouraged her seventh grades to write.  The letters contain numerous misspelled words, poor grammar, and vulgarity.  You can read them Here.

Update:  The City Council is now investigating the Principal and the school and wants to know why the DOE closed the investigation of Mr. Polanco's actions.
Posted by Chaz at 11:55 AM

And Michael Mulgrew is... where?

So, while these abuses and their like take place all over the system, and while the UFT faces a Suprme Court decision that will devastate the union's finances, the UFT and its null-and-void President are nowhere to be seen... The "there's no there there" Mulgrew can't even be bothered to show up at Exective Board meetings.

At a time when teachers and public education need a giant to stand up and defend them, the UFT is led by a political and moral midget (with apologies to midgets).

My principal is being sued by a former teacher for discrimination. After reading these stories, I don't hold out any hope that anything will happen to her.

And how about tottenville h.s. with its abusive principal who bullies staff and students, trumps up charges for 3020a against chapter leader and another union member, has ap's change eval ratings after the fact and much more. Union leadership is aware and has even spoken with chancellor reps and have heard nothing back. And trust me the stuff they have should have this man out of a job and the DOE altogether

Keep suing!!! That's what I say. Let them get sued so many times even their team of 200 lawyers will not be enough. Just keep suing!!!
Also, maybe for this particular principal they should try an OSPRA complaint. It's a state office therefore he won't have any friends there to help him out.
The more complaints and lawsuits the better. Just keep suing!!!

I know for a fact untenured teachers who worked at 80 for Polanco have been discontinued (and unable to work in the DOE despite what they were told) for violating the corporate punishment/verbal abuse regulation. Yet he is allowed to stay despite everything against him. Polanco barely gives any teachers tenure, there's even been heads of departments who didn't receive it.

Mulgrew has his head buried deeply up his own ass.

Is it the DOE that protects principles and admins or is it that they have a better union than we do?

UFT used to protect teachers and enforce contract rules but UFT gave away many of our protections.

Speak up and out: #standing4kidsstandingforme

It is shameful to see how bad Principals are targeting goo teachers with integrity.

I really appreciate your professional approach. These are pieces of very useful information that will be of great use for me in future.

The Chancellor should be held accountable for having these Leadership
Principals destroying our schools.

That POS Farina was on CBS news shortly after this story became public. She defended the school administration from the get go. Anyone can see that there will be little to NO ramifications for this principal and his confederates. The city council has a new head of the education committee. Mark Treyger a former teacher so maybe there will be a little more heat and action towards administrations such as this and the DOE. The clueless mayor should exhibit some CONTROL over the school but he is too busy trying to secure the liberal banner for the 2020 presidential elections. To me it looks like many leaders have their heade where the sun does not shine.

The fact that many bad Principals are shielded from any wrongdoing like Dwarka reflects the Chancellor's lack of commitment for the education of NYC students.

A lot of these Principals are creating chaos in their schools because they are targeting experienced teachers, while hiring newbies.

He has ordered UFT reps not to do anything.

There was a meeting at JHS 80 Thrusday. Tons of support for that scumbag principal. No wonder these areas never get better.

One cannot comprehend that many bad Leadership Principals are being supported by our Union and the DOE, while careers of good teachers are being destroyed.