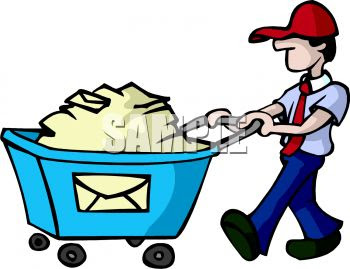 As for NYC teachers?  If you ask me, the DOE thinks of teachers as replaceable widgets and probably thinks of them the same way as they treat the mail room employees at Tweed.
Posted by Chaz at 7:37 AM

Personally, as a pubic school teacher for the past 24 years, I really don't care too much if my profession is respected by the masses. I never became a teacher to get respect from others. However, I do expect respect from my municipal government and my administration. People forget that we are civil service employees and we have no control over who we serve. Those who supervise us and manage our benefits need to respect the insane working conditions that we face and treat us accordingly as professionals who do a very tough job. In the end, I have a great pension and medical benefits to look forward to that I will have earned after many years in the trenches. To me, that aspect trumps respect from the general public.

I am a teacher and I cannot deny that the quality of teachers in NYC has diminished in my 30 years in the system. I am shocked by the growing number of teachers who speak improper English, dress unprofessionally (jeans, graphic and slogan T-shirts, cargo shorts, flip flops, leggings, tank tops), discuss their extra curricular activities and habits with the students, are proud of "getting away" with not lesson planning or teaching, brag about using the internet and internet services to "get through" college, boast about becoming education majors because their original intended major required too much work and study, etc. If we do not respect ourselves, how can we expect other to respect us?

Just when I think the quality of teachers cannot get much worse, I encounter even less qualified administrators! There is no excuse or logical explanation, only a politically correct one, for the increasing number of intellectually challenged administrators running the public schools. They seem to enjoy displaying their short-comings as well! I don't understand it. I have less respect for administrators than I do for teachers.

Eva moskowitch was just given 10 million dollars from the US dept of education to start new charter schools in NYC. I thought there was a charter cap now in NYC? And, why is Eva getting all this money from the feds? Oh wow I bet it was devos stealing tax payer money and giving it to success academy..

We need to have an investigation into this. Where is the UFT?

@ 9:17 Really? Look at our Chancellor El Mariachi. Everything to him is in black and brown and white. Not enough of the correct minorities in elite high school - RACISM! Too many black and brown kids committing offensives and crimes in schools - RACISM! Clear now? SJWs like him and Mayor Red Bill have no original thoughts in their heads other than to pander to race hustlers and make excuses for one group failing while other groups succeed. Administrators who see the handwriting on the wall have to get with the program or lose out on advancement. And considering the mush being doled out into college students' heads these days, the newbies fresh out of university need the security of groupthink to survive. That is, until they start actually interacting with the "poor, disadvantaged" students they are suppose to save.

I work in a system that in my mind is second rate. I wear Nike Jordan's and hockey jerseys as opposed to wingtips and shirts and ties primarily because students view me as "too white". I see co-workers come in high or hung over on a regular basis. The only reason they don't come after them is that they are black.

Across the board the DOE is the dumping ground for every loser, deadbeat and flunky who could never get hired anywhere else. We have stupid kids, stupid parents, stupid teachers and stupid administrators. Even within the disciplinary branch of the system - the schmucks who couldn't cut it as cops end up at OSI, and the lawyers who couldn't make it in the DA's office end up prosecuting the 3020a cases - berating innocent teachers to compensate for their own personal failures.

The entire system is basically a reverse meritocracy - if you're smart and talented and can think for yourself, you'll be deemed a threat and eliminated.

However, if you fit the prototype of what the DOE truly considers their ideal teacher - a blonde bimbo from Long Island who barely graduated from junior college, spends the summer at the beach with her Jersey Shore meathead boyfriend with a barbed wire tattoo, and has no knowledge of the world beyond the Juicy Couture catalog - you're an all-star!!!

Hey anno 2:17 you are totally wrong on who the DOE wants to hire. The DOE wants Teach For America social justice warriors who will do anything that they are told and who will leave after 2 years so the DOE will never have to pay them a decent salary or fund their pensions. Get with it dude!

2 17
I hate to admit it but you are so right. Your description of the entire system is spot on and its amazing to watch so many people in the system who are so illiterate and pretend to be professional but just cannot do it.

I have watched people try to cover up their incompetence and think they can be "friends" with the students as I see that with the security officers also who want to pretend that they are cool with the students then they all go back to their phones.

In all fairness I believe there are better people in the system but people are so distraught with the leadership administration that it sucks the air out of the place causing dysfunctional people who just get so disgusted they go forward not caring because as you stated :The entire system is basically a reverse meritocracy" and I believe that says it all unfortunately.

Students are allowed to treat teachers like crap and nothing is done. The media bash us and the parents expect teachers to do their job. And it is only getting worse!

6:26, 2:17 & 8:41 are totally on the money.
I see this new crop and it's appalling... s bombs, gym clothes and constant attempts to demonstrate to the kids that they are down with the kids latest passing cultural fads.

And this is what the DOE is hiring to teach and serve as role models?!

This is so awful, even Shady is too depressed to weigh in on the new teaching trends.