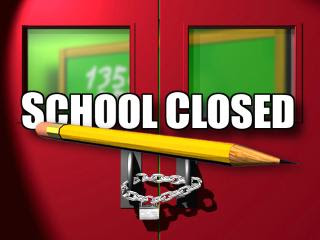 In the poorer sections of New York City many public schools are losing students to charter schools.  In fact, many private Catholic schools, that cater to low income families have closed or in danger of closing as charter schools have siphoned many of those student away.

As for the traditional public schools, while they also lose students to charter schools they tend to receive an influx of Special Education and English Language Learners as charter school tend to discourage their application due to resource issues and academic problems.

Bushwick Brooklyn is a prime example of this.    From 2010 to 2019, School Construction Authority data show the share of District 32 residents attending charters more than quadrupled—from 6 percent to 27 percent   While the Catholic schools in the area are closed or closing.  Father James Kelly, who was pastor of St. Brigid’s for nearly 40 years and still does immigration advocacy in the neighborhood, sees it too. “St. Martin of Tours is closed. St. Joseph’s. St. Barbara’s is gone. The Catholic schools are gone,” .

Catholic schools are taking a huge hit from charters in the Bronx. It actually makes sense. Catholic schools focus on discipline and can kick kids out at any time. Charter schools do the same. However, charter schools are FREE. The fact however, is that parents of of kids in Catholic and charter schools have a vested interest in their child's education. These parents are active in helping their kids learn and expect their kids to behave in school. In regular district schools, kids of all behavior levels are warehoused together and many times it is chaotic. The DOE is actively avoiding suspensions and it is next to impossible to kick a disruptive kid out. I actually respect parents who put their kids in charters as many times, it is the only "safe" school to attend. If the DOE could reign in on the disruptive atmosphere of our district schools, I think more parents would feel fine sending their kids there. Oh yeah, I am not a charter lackey. I am a DOE teacher with a ton of years in.

I agree with 5:51. The lack of discipline in the DOE schools is what motivates parents to send their children to charter or private schools. Without the discipline, everyone loses out on safety and an education. So, what does the DOE do? Carranza and his minions decide to relax the discipline code.

Could their intention be to ruin all the DOE schools? I am not sure what they would gain from this.

A lot of schools are losing enrollment due to demographic shifts as well. Families with school age children have been moving out of NYC in large numbers in recent years. Probably due to the high cost of living and many quality of life issues.

Immigration trends over the past 30 years have also hurt Catholic schools as many of the recent immigrants aren't Catholic Christians. We've benefitted from this shift with the inclusion of the Eid Holidays for Muslims and the Asian Lunar New Year as additional holidays to the NYC public school calendar.

At the rate Duhhhhhshawn should be in a class alone then maybe he can get the "SPECIAL" attention he doesn't get in school or at home! Remember Duhhhhhshawn, practice those circles and squares.

Catholic elementary schools are parish schools and receive little or no monetary support from the diocese. If the parish demographic changes then the school takes a hit. No longer do they have cadres of nuns and brothers who were unpaid - so they have to hire staff. The principal of the elementary school I attended on the west side of Manhattan is paid $50k a year! Several of the teachers in my old school are retired from teaching and work for a stipend.

You also have to factor in maintenance and insurance - running a school is not cheap. The decision to close parochial schools is not taken lightly and is often met with a lot of opposition. Some former Catholic school buildings have been leased to charter school organizations who have the funding to operate a school

This is the nice post which I was waiting for such an article and I have gained some useful information.
Brooklyn Junk Car Removal